Battle of the Docuseries: Who Mirrored Who? 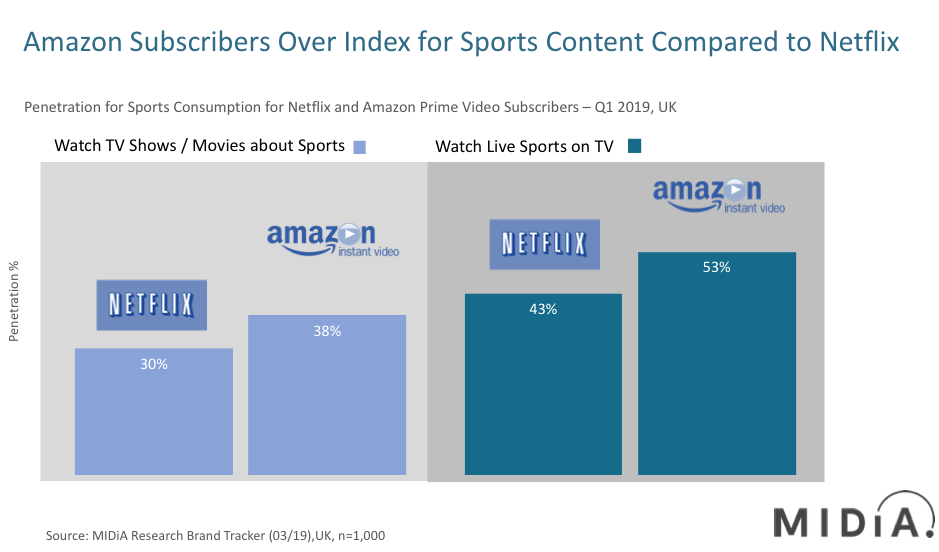 Leeds United are set to become the latest soccer club to feature in an original documentary series, with tech major Amazon securing a deal for a behind-the-scenes look at Argentinian manager Marcelo Bielsa’s dramatic first season in charge of the English Championship side, according to the Daily Mail.

Sport-centric docuseries are nothing new for Amazon, having garnered much attention through its all-access All or Nothing series focused on English Premier League (EPL) Champions Manchester City during their winning season, which aired in August 2018.

Netflix appeared to follow Amazon’s example, airing a docuseries focused on former EPL side Sunderland AFC in December 2018. The team was experiencing the most disastrous period in its history, dropping to the third tier of English football in just two years, moving from the richest league in soccer to losing around $15 million (£12 million) per year in the third tier. In terms of asset value, EPL giants versus a team on a downward spiral is not a fair comparison; however, it is the narrative arc that works for Netflix’s original. While “All or Nothing” offers a “rags to riches” story, “Sunderland ‘Til I Die” offers a “riches to rags” narrative, highlighting the true meaning of loyalist fans. Sunderland as a city has seen its main industries of shipbuilding and mining disappear, with Sunderland AFC becoming the heartbeat for both the city and the people.

Comparing social media following (and addressable fanbase) for the two clubs is no contest, with Manchester City having 57.7 million followers across Twitter, Instagram and Facebook, making it the third most followed team in the EPL behind Liverpool and Manchester United. Sunderland on the other hand only has 2.8 million followers across the three platforms, making its following 20.7 times smaller (even since the successful documentary aired). The docuseries and overall propositions are therefore inherently different.

Leo Pearlmann, a fan and film-maker behind the Netflix original said “Following a club like Sunderland is a far truer reflection of the vast majority of sports fans’ emotions and realities than that of the richest clubs in the world”.

Soccer is not the only sport to feature on these two platforms, with Amazon documenting the most valuable sports franchise in the world – the Dallas Cowboys (NFL), in April 2018 – and Netflix more recently airing docuseries ‘Formula 1: Drive to survive’, showing demand is clearly there to follow the highs and lows that sport has to offer.

Amazon is aiming to build out its sports proposition, having retained the Thursday Night Football (TNF) package for the NFL but also due to begin its distribution for exclusive EPL games in December this year, owning two of the most valuable rights in all of sports. This is all leading up to 2021, when ‘D-day’ for sporting rights occurs, with premium domestic rights (e.g. EPL, NHL, MLB) start to come up for renewal, offering streaming services and tech majors their first opportunity to acquire a majority share of these most valuable assets. With Netflix vehemently against entering the live sports rights market, Amazon is well placed to establish its video solution as the go-to sports destination.

Leeds United have experienced similar heartache to that of Sunderland AFC, having fallen from the heights of winning the English Division One (before it became EPL) Title in 1991/92, down to the third tier in 2007, before climbing back into the English Championship in 2010, where they have remained until now. This past season will offer a true reflection of the highs and lows in sports, having sat in the automatic promotion spots for 33 out of a possible 46 matchdays, only to lose three out of their last four fixtures to fall into the playoffs, where they would lose 4-3 on aggregate against Derby County in the semi-finals. Drama will not be an issue for this series.

Amazon is primed to make a run at acquiring the premium domestic rights when they start to come up for renewal in 2021, as they can display the key (three) drivers to meet the needs of rights holders: capital, tech and reach. Amazon subscribers already over index for sports consumption, with 53% displaying an appetite for watching live sports on TV and 38% watching shows or movies about sports in the last three months (source: MIDiA Research Q1 2019 survey), when compared to the consumer average and competing streaming service Netflix.

Amazon is doubling down on sports as it looks to expand on its current sports rights offering to reinforce its value proposition to its audience. If Amazon continues to roll out original docuseries, it will not only allow subscribers to remain within its ecosystem engaging with content when they are not watching live sports, but will also attract loyal fans of the teams and stars they document in its ecosystem. Growing out an all-encompassing  value proposition has never been so important, with peak attention  now a real factor in the digital economy, and increasing time spent outside of one’s platform being potentially  disastrous for maintaining long- term subscribers.