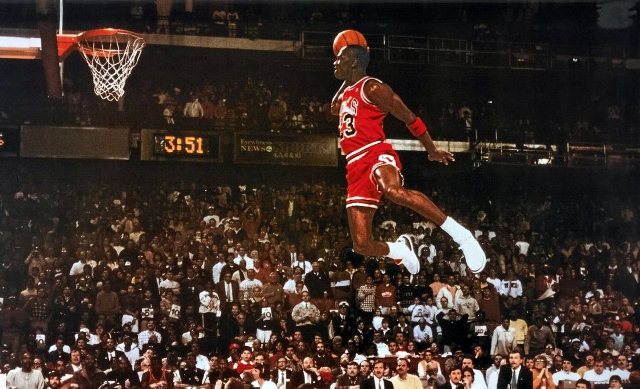 With the pandemic-enforced postponement of live sports creating an entertainment void for sports fans, US broadcaster ESPN played its trump card to capitalise on the thirst for stimulating content during lockdown. Enter Michael Jordan.

ESPN averaged 6.1 million viewers for the premiere of its docuseries following Michael Jordan and the Chicago Bull’s quest for its second threepeat (three successive championship seasons) and sixth NBA Championship in eight years.

The first two episodes of The Last Dance, which form part of a ten-part series that concluded this weekend, were aired back-to-back to US viewers on ESPN and ESPN2 on 19th April. The first episode, shown in primetime, averaged 6.3 million viewers, while the second averaged 5.8 million. The following week, the two episodes saw an additional 3.2 million viewers in replay or on-demand viewership pushing the total to 9.32 million.

ESPN’s second weekend for episodes three and four averaged 5.9 million viewers (6.1 million episode for three, 5.7 million for episode four). Following the first two weeks ESPN announced the series represented the four-most viewed original content broadcasts on ESPN networks since 2004. Considering ESPN averages 1.5 million viewers per NBA telecast (down 16% year-on-year) for the 82 games it pays $1.4 billion per season for, this increase in engagement for a non-live sporting content is impressive.

Following the 1996/97 season, and Chicago winning its second title in a row and fifth championship in seven seasons, the fairy tale story looked to be ending with beloved long-term coach Phil Jackson having received his marching orders regardless of the ‘97/98 season’s outcome. According to now NBA commissioner Adam Silver, who at the time was NBA head of entertainment, he convinced Jordan to allow behind-the-scenes access for what was perceived to be their final swansong in the windy city, producing over 500 hours of footage. Jordan finally agreed to a proposal in 2016, allowing the footage to be used in a series, reportedly tempted into the decision following Lebron James’ (this generation’s greatest of all time (GOAT)) NBA finals victory over the Golden State Warriors.

ESPN brought forward the originally intended June airing to provide consumers starved of live sports since mid-March with a steady flow of original content, providing that weekend fix typically allocated for live games. The decision was a strategic move by the Disney-owned sports network, to offset the absence of live sports following lockdown measures imposed to combat COVID-19, to boost dwindling engagement figures. ESPN without live sports currently faces an existential crisis of relevance, and as the most expensive part of a pay-TV subscription, this exclusive documentary has gone some way towards retaining its relevance for sports fans. Such was the success, that the Netflix co-produced series overtook Netflix’s ‘Tiger King’ as the most in-demand documentary in the world. Netflix of course owns the exclusive international rights to the series, and will get US rights later this summer, providing the streaming incumbent with the two biggest hits of the pandemic thus far.

This increase in engagement came at a crucial time for ESPN, which had been hit hard as a consequence of the hiatus on live sports. ESPN’s flagship network averaged 550,000 viewers during the week commencing March 16th, down half a million from the last full week when ESPN carried live sports.

With Disney’s Q2 (Calendar Q1) earnings released earlier this month, highlighting the short-term hit in licensing revenue from withdrawing its content from Netflix to leverage its own Disney+ proposition, compounded by COVID-19’s impact on live sports. Arguably ESPN has shown the series exclusively on ESPN+, drawing subscribers and much-needed revenue to Disney at a time when its most profitable revenue generator, its theme parks business, has effectively ceased operating as a consequence of lockdown.

ESPN+ in the US with 5.5% weekly-active-usage in Q1 2020 (source: MIDiA Research) is the best placed sport-centric streaming service to survive the lockdown due to being part of a diverse multi-purpose bundle alongside Hulu and Disney+ at $12.99. Disney announced 54.5 million Disney+ subscribers as of May 4th, with Hulu and ESPN+ reporting 32.1 million and 7.9 million subscribers respectively. This number could have been higher for Disney’s sport-centric OTT had it debuted the series on its streaming service.

ESPN has provided rights holders and distributors food for thought with how to generate engagement with sports fans during the pandemic, but they should not expect to achieve the same level of interest without holding a trump card of Michael Jordan’s magnitude.

As with the race to get live sport back the fastest, companies will be searching through their archives hoping to find captivating content to drive engagement through the compelling story-telling of past glories. The WWE’s ‘Last Ride’ documentary comes to mind, telling the story of the 30-year veteran Undertaker’s expected last bout against Roman Reigns at Wrestlemania 33. Imagine the engagement spike that a WWE-led behind-the-scenes saga documenting global sports and entertainment superstar, and fourth most followed man on Instagram, Dwayne ‘The Rock’ Johnson would bring. Docuseries are by no means the cure for this void state created by postponed sport, but telling never-before seen stories of respective GOATs will go a long way in reviving that lull in engagement.

Tale of the Tape: UFC or Bundle Driving ESPN+ Adoption?

by Tim Mulligan
5 May 2020
While the previous two months of pandemic disruption has had a dramatic impact upon video streaming, the overall direction of travel for video has remained constant, with video streaming remaining the...
No thanks