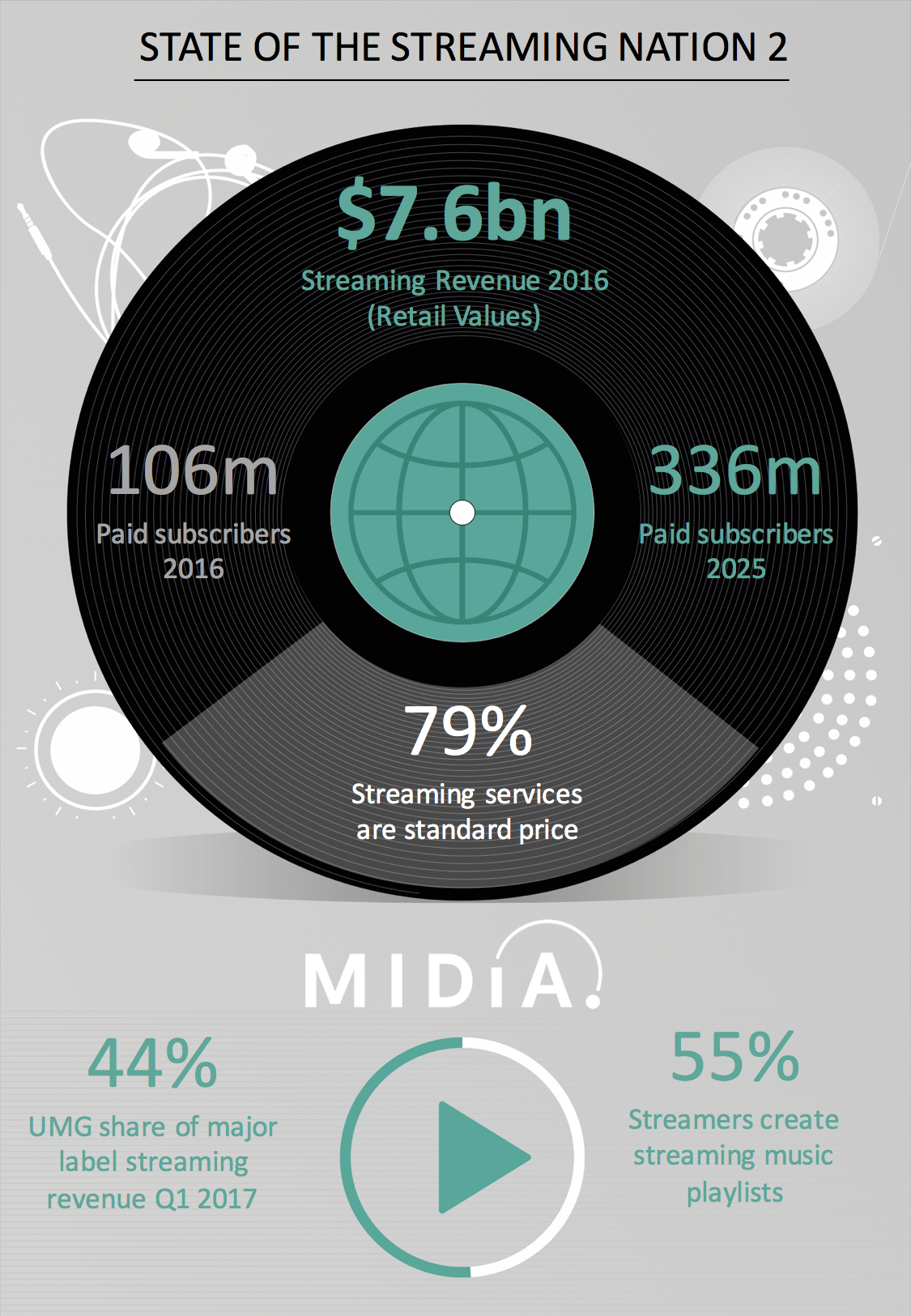 2016 was the year that streaming turned the recorded music business into a good news story, with revenue growth so strong that it drove nearly a billion dollars of total growth. Leading streaming services spent the year competing with ever more impressive metrics while playlisting and streaming exclusives became cornerstones of the wider music market both culturally and commercially. 2017 is set to be another year of growth and the coming decade will see the music industry become a streaming industry in all but name. In this, MIDiA’s 2nd annual benchmark of the global streaming business, we present a definitive assessment of the global market, combining an unprecedented breadth and depth of supply side, demand side and market level data, as well as revenue and user forecasts out to 2025. This is quite simply the most comprehensive of assessment of the streaming music market available. If your business is involved in the streaming music market this is the report you need.

Key features for the report:

At the bottom of this post is a full list of the figures included in the report. The report is immediately available to all paid MIDiA music subscribers.

To find out how to become a MIDiA client or to find out more about the report email Stephen@midiaresearch.com