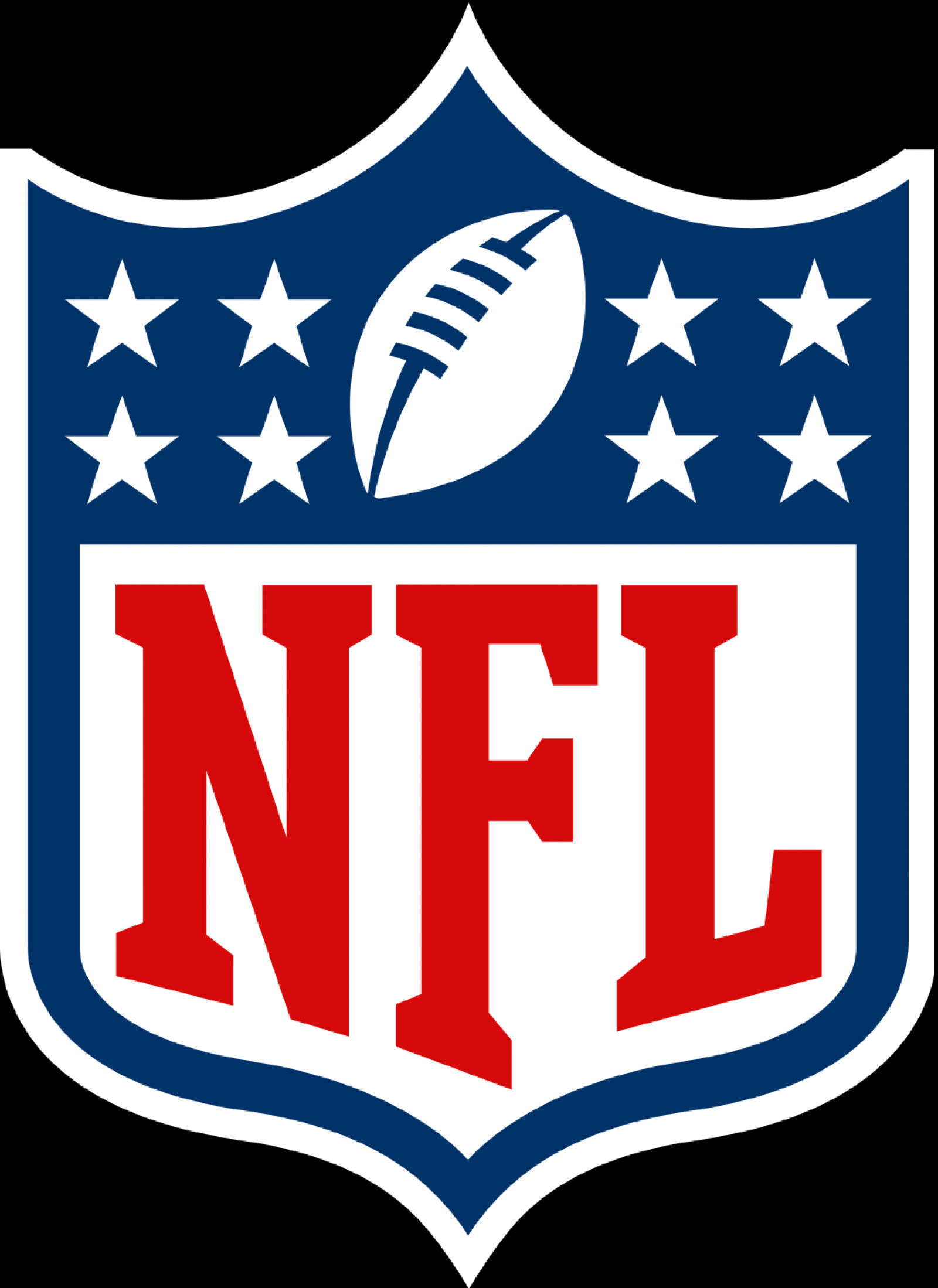 Last Thursday, the sports ecosystem breathed a collective sigh of relief. The NFL, the world’s most valuable sports league, secured an 11-year broadcast deal worth a staggering $100 billion. This huge sum was secured despite the increasing disengagement of younger demographics with live TV sports viewing; less than 10% of US TV sports audiences are now 16-19 years old (source MIDiA Research Q4 2020 consumer survey). It also occurred despite a severely impaired live sports spectacle, with broadcast sports events devoid of fans due to the ongoing global pandemic. The rights bonanza has also occurred despite the pivot of mainstream TV audiences towards cheaper contract-free streaming alternatives to traditional pay TV. The big question has to be, why?

MIDiA has described the 2021-2024 period, when the most valuable global sports broadcast deals are being renegotiated, as D-day for sports rights due to the market-shaping convalescence of expiring rights, collapsing younger demographic engagement, and a migration of mainstream entertainment to the digital sphere. The result should have been a rationalisation of premium sports rights valuations which had been inflated by four decades worth of pay-TV over-bidding to secure valuable ad-optimised live fandom content. However, the opposite happened, and we now have the most lucrative US sports deal in history. The reasoning is simple. Tech’s doubling down on digital media provision is resulting in the tech majors (in this case Amazon) over-paying for traditional TV content at the exact same time that the big D2C disruptors of 2019-2020 are battling for audience engagement. The result is a further inflation of the sports rights bubble at the exact time that market fundamentals would otherwise be kicking in. 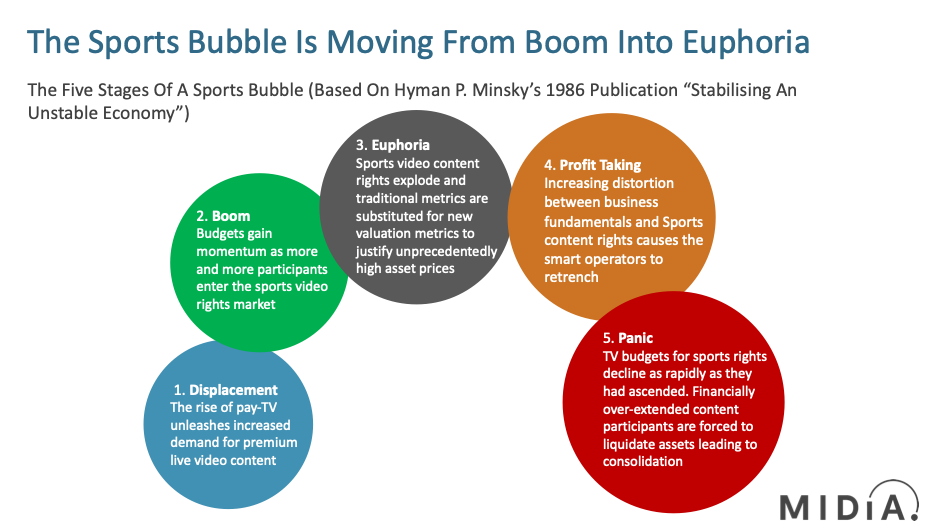 The above chart is from MIDiA’s 2018 report on the emerging sports rights bubble. A month after this report was published, the world’s most valuable football league, the English Premier League, experienced its first-ever decline in broadcast rights valuations. At the time it seemed like the increasingly stressed pay-TV ecosystem had taken a sanity check and had sensibly decided to bring its content costs down. Primarily this was to manage the increasing cord-cutting phenomenon where younger demographics were abandoning pay-TV for streaming alternatives. D-day for sports was going to see the same dynamics play out in the US domestic market starting this year… except the NFL last week was able to turn back the tide of economic rationality.

From euphoria into profit-taking

What was true three years ago is even more true now. The new NFL rights valuations are so dramatically out of sync with market fundamentals that the NFL is taking the only sensible course of action: profit taking (step four of the sport rights bubble). The NFL itself has warned of the need to re-engage with younger demographics who are being drawn away to games and video alternatives to the sport. The NFL should be commended for drawing attention to this existential crisis looming around the corner, as should the NBA, which is also making great strides to stay relevant for digital fans through initiatives such as the NBA 2K draft, contract-free viewing via its app, etc.

The good news for the NFL, and for American football fans, is that the NFL has been paid handsomely to invest in digital re-engagement initiatives to build the fan base of the future which will not be watching via traditional pay-TV. This deal works for Amazon as well, with the 15.4 times increase ($65 million per year for current deal, thus $1 billion for the new deal) in the cost of securing Thursday Night Football from digital to exclusive broadcast distributor, making sense for an e-commerce service which has thrived during lockdown and now needs to plan for retention in a post-pandemic environment when ‘in real life’ (IRL) consumption alternatives start to reappear.

However, for the pay-TV and free-to-air incumbents who have in some cases seen the cost of their NFL coverage now double, the challenge of making the D2C model work has now become even more important... and expensive.

Is gaming the solution to sports’ Gen Z problem?

by Alistair Taylor
8 Mar 2021
It has been well-documented that Gen Z’s and Generation Alpha’s interest in watching live sports has waned . It is important to dispel the notion that the younger cohorts are less likely to engage...