The Three Eras Of Paid Streaming 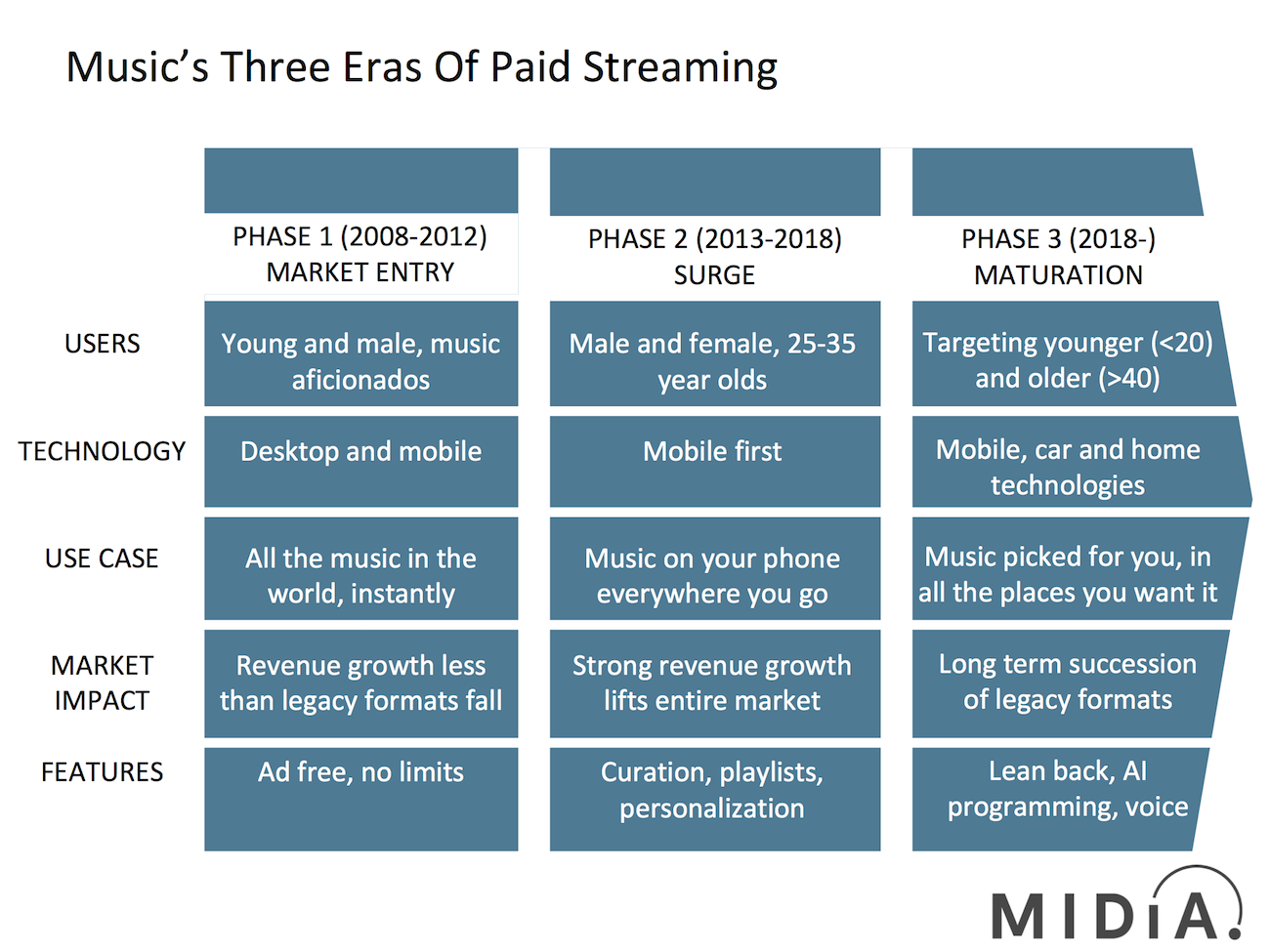 Streaming has driven such a revenue renaissance within the major record labels that the financial markets are now falling over themselves to work out where they can invest in the market, and indeed whether they should. For large financial institutions, there are not many companies that are big enough to be worth investing in. Vivendi is pretty much it. Some have positions in Sony, but as the music division is a smaller part of Sony’s overall business than it is for Vivendi, a position in Sony is only an indirect position in the music business.

The other bet of course is Spotify. With demand exceeding supply these look like good times to be on the sell side of music stocks, though it is worth noting that some hedge funds are also exploring betting against both Vivendi and Spotify. Nonetheless, the likely outcome is that there will be a flurry of activity around big music company stocks, with streaming as the fuel in the engine. With this in mind it is worth contextualizing where streaming is right now and where it fits within the longer term evolution of the market. The evolution of paid streaming can be segmented into three key phases:

It has been a great 18 months for streaming and strong growth lies ahead in the near term that will require little more effort than ‘more of the same’. But beyond that, for western markets, new, more nuanced approaches will be required. In some markets such as Sweden, where more than 90% of the paid opportunity has already been tapped, we need this phase three approach right now. Alongside all this, many emerging markets are only just edging towards phase 2. What is crucial for rights holders and streaming services alike is not to slacken on the necessary western market innovation if growth from emerging markets starts delivering major scale. Simplicity of product offering got us to where we are but a more sophisticated approach is needed for the next era of paid streaming.