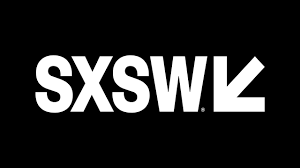 ‘The future is already here, it’s just not evenly distributed’.

In many ways, this quote by science fiction writer William Gibson surmises the work we do at MIDiA: cautiously observing new tech developments and remaining aware of the hype cycle that characterises the adoption curve. This is particularly difficult to remember when walking around South by Southwest (SXSW), the conference originally a music festival which has now expanded into the worlds of gaming, politics and tech.

New tech always has its evangelists, and from cryptocurrencies to virtual reality there was no shortage this year in Austin, TX. While admiring their passion, it was notable that many seem to ignore the non-linearities that impact tech adoption, particularly the demographics of the very audiences whose behaviours they are attempting to navigate. But the narrative around adoption often escapes the most enthusiastic early adopters.

To this end, my presentation at SXSW was on a very different topic – that of radio and music streaming’s strategies for taking on the industry. Having upended the retail model of sales, streaming services find themselves in a tricky scenario. They have successfully navigated consumer behaviour, yet this was only stage one. At its most embryonic stage, streaming was seen as a direct replacement for sales and retail and received considerable push-pack from rightsholders on any form of an ad-supported tier. In fact, streaming is not a direct replacement for music sales at all. Instead, it is an amorphous combination of sales and radio, acting as both the demand and supply side of the music industry equation. Where things become really interesting for the recorded music industry is how the far more entrenched industry of radio will handle the impact of streaming.

MIDiA’s thinking on this is influenced by a few statistics:

Given the average higher net worth of older consumers, the most valuable advertising cohorts are concentrated within this medium. Not only that, but this group is often slower to adopt new technology than younger users. For context, while fast growing, only 4% of the US population has used Twitch. Radio disruption will look very different to CD disruption, as CD’s were mainly purchased by younger people. Radio, meanwhile, has an audience with the habit engrained over decades

So while radio will likely not receive the same swift fate as the CD, it does have its work cut out to build its next generation of audience. This does not mean that it cannot do so, but with current demographic trends, radio is going to need to find a new way of pulling in younger listeners away from audio streaming and perhaps more significantly from YouTube. While video and streaming has not killed the radio star, instead the radio star grew up, put on a suit plays cards on the weekends and but rightly keeps an eye on the pesky streaming teenagers on its front lawn.