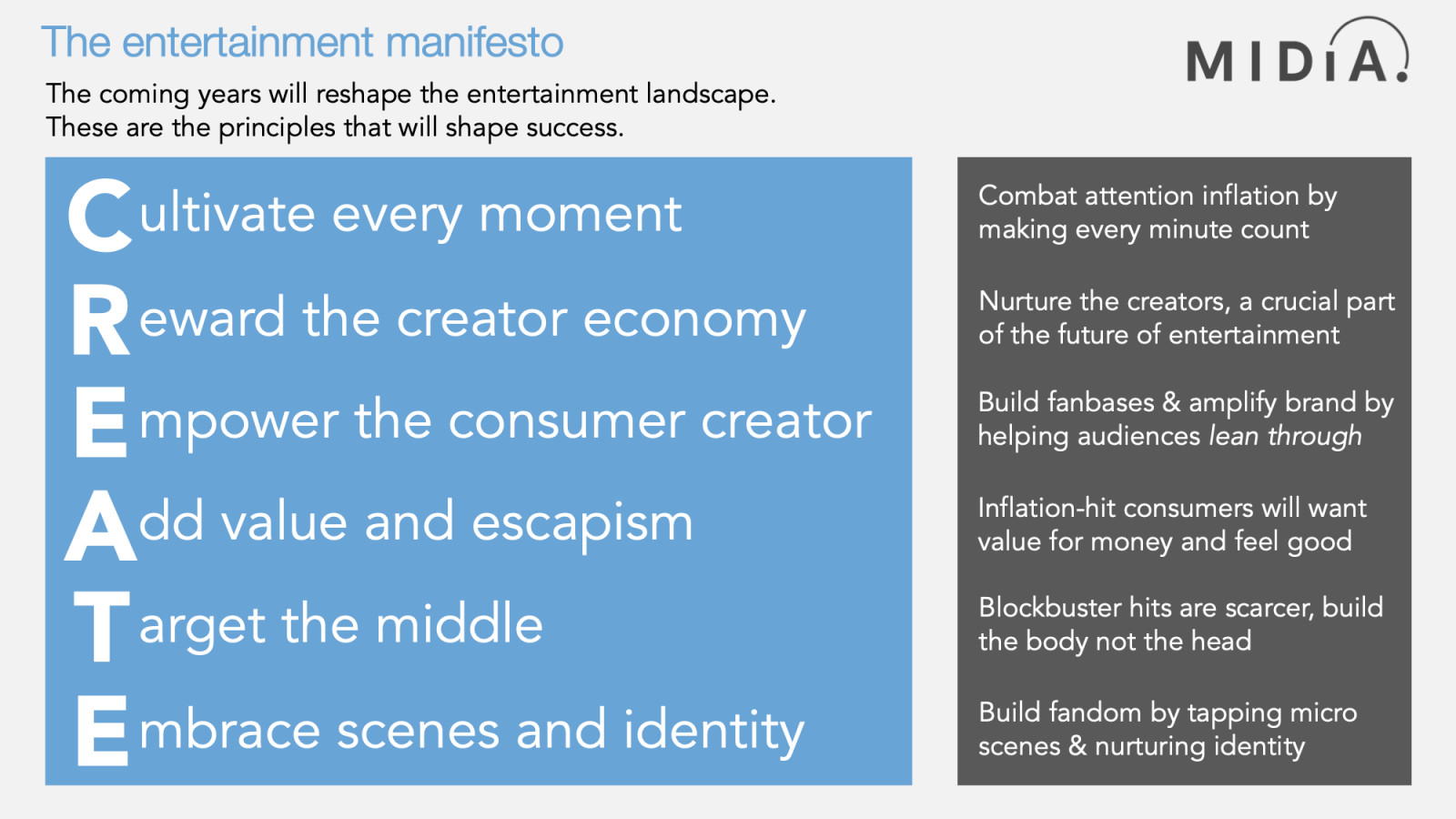 When we first formed MIDiA eight years ago, we saw the new entertainment world was going to require a new joined up approach for entertainment businesses. With the start of the ascent of the smartphone we made an intellectual bet that everything was going to become more interconnected, inter-dependent and inter-competitive. Our vision then, was to build analysis and data that cut across siloes, to help previously unrelated industries understand they were becoming connected. The ‘connecting the dots’ tagline that we launched with in 2014 was right for the time, but now the world has moved on. The dots are now connected. That job is done. Now it is time to decide what to do with those connections.

In more recent years we identified new drivers of the entertainment economy, such as:

When we introduced those concepts they took some time to land, but now are increasingly widely accepted as industry currency. Even other research companies have started following our lead, with webinars and research on the attention economy, the attention recession and fandom fragmentation.

But although those trends will continue to play crucial roles, it is an entirely new set of market dynamics that will shape the future as the world enters a period of uncertainty and disruption unprecedented in modern times: 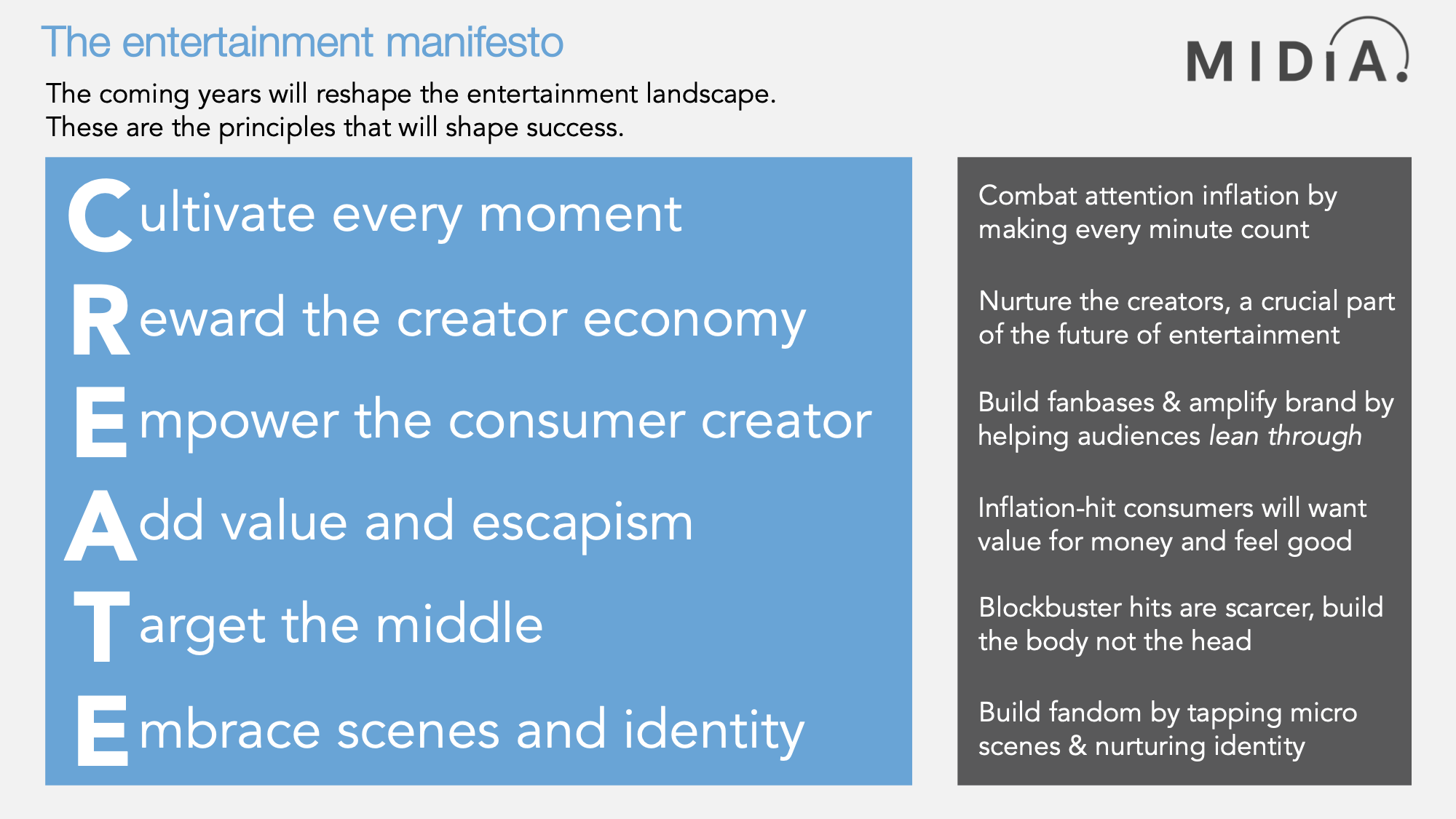 Business as usual is gone. The next chapter of the business of entertainment will require a completely new approach. This is MIDiA’s C.R.E.A.T.E. Entertainment Manifesto for what is required of entertainment companies in this brave new world.

We hope that the C.R.E.A.T.E. framework and our new Critical Developments coverage help companies and creators plot their paths through the troubled waters ahead. But even more important, is to develop a sense of purpose, a definition of why you do what you do, and to communicate that to your audiences and partners. The entertainment industries have enjoyed a decade of plenty. In a world of plenty, build it and they will come worked. But in the coming age of scarcity, you need to give people a reason to come.

by Sam Griffin
8 Sep 2022
Video and games crossover content is becoming mainstream. The Emmy winning Arcane, a live action remake of The Last of Us, indicated that games-inspired video is trailblazing at the core of entertainment...

by Annie Langston
8 Sep 2022
iHeartMedia is (somewhat) of a sleeping giant in the audio battle. Although Spotify has taken centre stage in the audio market, iHeart has also transitioned its traditional radio offerings to digital audio...

by Tim Mulligan
7 Sep 2022
On Saturday, Amazon released the first day viewing figures for The Lord of the Rings: The Rings of Power its billion dollar fantasy original streaming series adapted from the Lord of the Rings universe...
No thanks