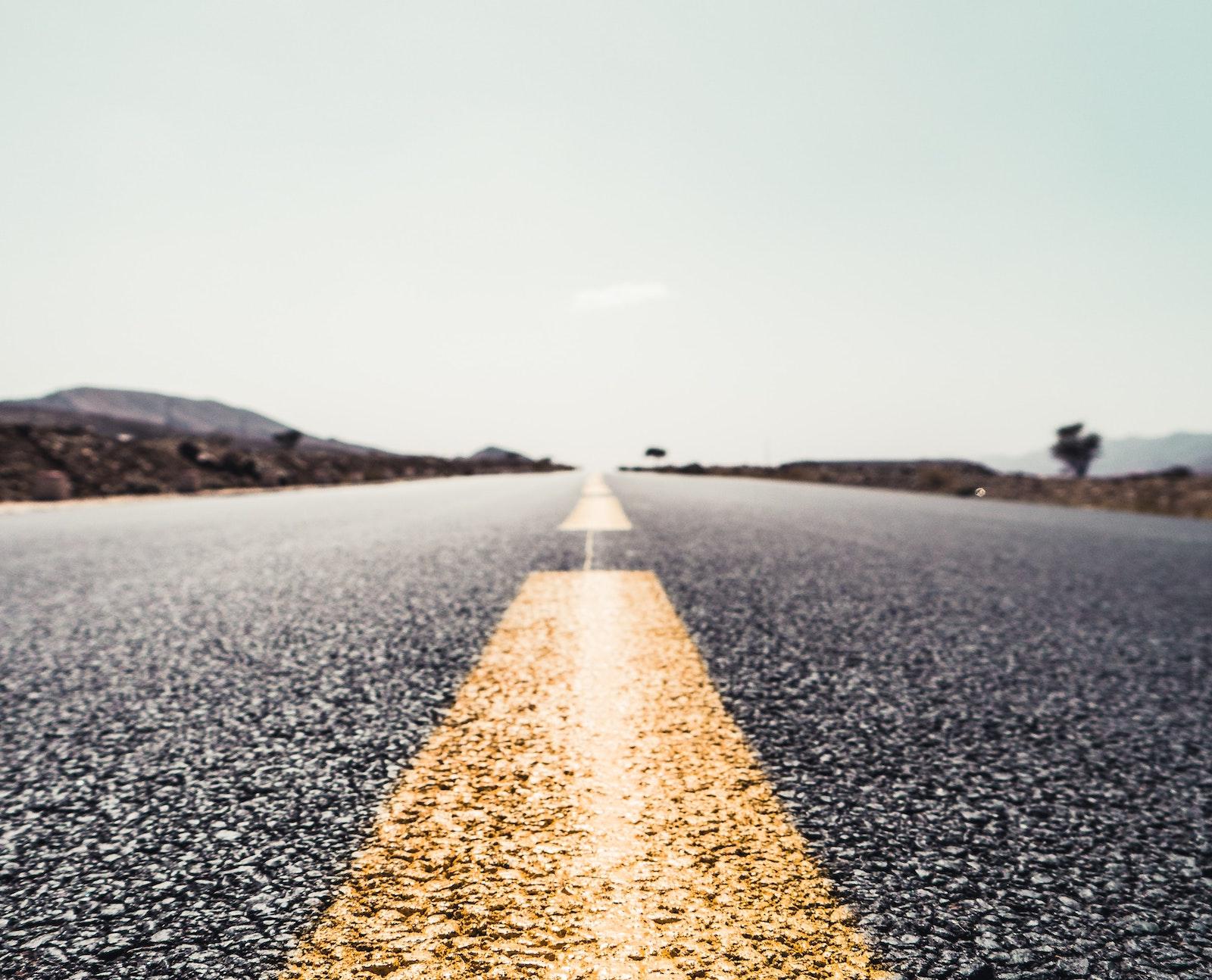 It’s that time of year again for lists. Endless top albums and song rankings that can be a bonus for a music artist to be included on. A placement on an influential list (which ones those are is more of a debate these days, but let’s say Pitchfork for example, or Rolling Stone, or perhaps Fader or Pigeons & Planes if you are a hip hop artist) might just get you a few more curious eyeballs on socials and a few more streams. On the other hand, it might surprise (and depress) you just how little these lists move any meaningful markers these days. After all, music fans can instead review in great depth who their own favourites were and share those with friends – who needs these tastemakers anyway?

It is also the time of year for all those ‘rising star’ lists: BBC Sound Of 2021, BRITs Rising Star (formerly Critics Choice) and equivalent lists from the variety of streaming services. These are probably more significant to artists given that they apply especially to those trying to break through the clutter. Once we get into next year, of course, it’ll be awards season once again. I read with interest this post, in which Ellie Golding questions the true meaning of industry awards.

The problem with charts

It made me think back to around this time last year. I had a quiet, low key lunch with the manager of a very prominent UK artist who had released a new album into the busy Christmas season. When I asked what was expected of the release, the reply was as follows:

To which my answer was, “but why? What would that do?”.

You can imagine the conversation that followed, because it really is one of the big questions these days: what measure really defines success for a music artist? It used to be the chart, of course, but the chart is no longer the central marker it used to be. Just this year, Spotify and YouTube both went ahead and launched their own charts, which can’t be good news for the national chart compilers whose mission it is to aggregate all the various consumption data into a definitive, authoritative marker of success. But they have been fighting a tough battle for relevance since streaming became mainstream. Chart place matters of course, but mostly as one of a plethora of success markers. Also, chart places are used to value a song as part of a future transaction including a sale - something that indicates just where the industry has arrived.

Playlists, followers, add to collections, and so much more

Over the past few years, a prominent playlist placement has been the priority over chart position for many artists, until inevitably many realised that playlists are not always the best vehicle when it comes to actually acquiring real fans. In a way, playlists have also given way in the past year or two to another success marker: followers. In the past year or so, Spotify itself has been encouraging artist marketing teams to focus on building followers. This is new territory for defining success. Unlike the charts or playlist counts, the follower is a much more esoteric marker. The follower is a means to various ends, rather than the result itself, leading to a debate about the actual real value of a follower: indeed this blog by marketing app Feed attempts to value a Spotify follower.

I could go on, but the point is this: where is the centre of success for music artists as we approach 2021? How does an artist at whatever career level know they are succeeding with a project? In a year without touring, the question seems to have grown in significance. When an artist can’t stare out across a crowd of fans (in a space of any size), how can they receive affirmation that what they are doing is touching hearts, raising spirits and reaching audiences? It’s important, because artists, managers and label marketers are wrestling with the angles on what defines success with each and every campaign on which they collaborate. Who sets the goals, what are those goals and why do they matter at this particular stage?

Those markers have always differed for artists at different career stages, but as streaming matures much of the real essence of success has converged around live performance. At this time last year, the top goal for the vast majority of artists would have been to track their markers to know they have enough fans to undertake a successful (i.e. sellout) tour. But now what is it?

Can success be collectively measured anymore?

There are a few problems to address. Many of the measures I’ve mentioned so far are pretty much hype indicators: measures you can take as material to throw out there in the hope of triggering other markers. Tracing these markers all the way to followers still doesn’t truly indicate how many people artists can define as a fan, or what type of fan. When the streaming players, chart aggregators, media brands or awards organisers promote their own success markers, it comes with the obsession about their platform being the definitive source. That objective seems futile in today's highly fragmented marketplace and makes the job of artist marketers harder in pinning down successful outcomes.

I do see an opportunity here for those marketers however, and perhaps some of the emergent marketing tools that they use – and there are a lot of them. Smarter goal setting, better data aggregation from multiple sources and of course, the dreaded task of attribution – connecting action to outcome, remain a conundrum. But that’s now a core part of the artist marketers job; after all, what happens when the artist simply asks the right question:“You got me to number 1, now what do we do?”.

That said, it would be a shame for those success markers to become so individualised to each artist that the collective benchmarks such as the charts dilute even further. After all, the desire to be number 1 reflects a need to compete as well, to outrank others in the league table. The idea that both fans and artists would engage with a national chart each week to see how they did, is much more fun than fretting over a dashboard ten times a day. And why would fans get excited about followers? But new, meaningful collective indices can’t be done, not until the ‘owners’ of the various data markers give up their data to a single collective source. ChartMetric and other music dashboard providers do an admirable job in compiling data from myriad of sources and creating more indexed metrics, but they don’t have that first-tier gold that is consumption i.e. streaming or 'sales', data.

Time to reassess what we measure

We know where the stream train is taking us to, but we haven’t joined all the dots yet: in a post-mainstream music market, characterised by many (often smaller, but also more globalised) fanbases, the idea of a single measure of artist success looks less relevant and meaningful. This comes along with the idea of benchmarking each and every artist against each other - what’s the point when they have such different goals? Instead of benchmarking a release against the rest of the market today (eg charts) what matters more, is how an artist is performing at that particular stage of her career compared to how similar artists did when they were at the same stage (perhaps more like a runner comparing a personal best against other runners, to get a sense of whether good is good enough to keep going). A peer-group style benchmark might be a step on from the genre-based charts we've seen dominate the American industry. I wouldn't suggest artist become pre-occupied with whether they are succeeding, but if they keep asking that question then 'the industry' needs to find new answers.

by Mark Mulligan
23 Oct 2020
In the coming weeks MIDiA will be presenting the third edition of its biannual YouTube music report, State of the YouTube Music Economy 3.0: End of the Beginning. This is a major report that presents the...

Neil J. Cacciottolo, Esq.
6 Jan 2021
As both a music sound consultant and music mentor, I tell my clients: "there are many different levels of success and success is what you make it". "You can be large in one market and fall short in another; so therefore, you have to work on building up those week areas and make them stronger because success does not come overnight".
Alara
4 Jan 2021
Thank you for this, great points to consider for emerging artists
Neil Cartwright
4 Jan 2021
It's all part of the Growth Hacking funnel, isn't it? Playlists and Views at the top. Activate listeners into Followers & Subscribers. Retain them via Sign-ups or CRM.. Convert them into fans and referrers. And finally, revenue by any means necessary. The measurement (for managers and labels) is Cost Per Acquisition. It won't be public info, but artists with a low number of listeners but high CTA can be as successful as an artist with millions of casual listeners and low CTA.
No thanks