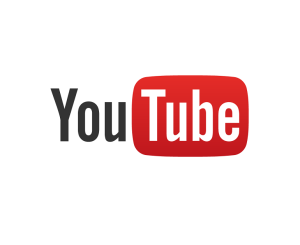 The #YouTubeIsOverParty trend may have puzzled many Twitter browsers, yet since the announcement of YouTube’s subscription service entitled YouTube Red last year, there have been vocal concerns by some of the platform’s most popular personalities about where the Online Video behemoth was heading in its quest to generate more revenue.

To briefly re-cap: Beginning on Wednesday in the US, prominent YouTuber Philip DeFranco released a video titled ‘YouTube Is Shutting Down My Channel and I'm Not Sure What To Do.’ De Franco claims that YouTube had issued him warnings on around 40 of his videos, citing both his language and the topics as not being ‘advertiser friendly’. The video has since amassed more than 1.6 million views, and resulted in the hashtag gaining popularity, but how feasible really is a campaign against the platform that facilitated their success?

YouTubers have a unique relationship with the platform. Never beholden to the strict rules of broadcast television, many of them would have not even considered the possibility of monetising their content before ads become commonplace on the platform. Consequently, forms of censorship by the platform to raise their advertising proposition have been met with staunch resistance, yet options for action are limited. Other video platforms such as Vessel have tried to build alternatives around YouTube with limited success; Google have simply been too successful in developing YouTube into the default global online video destination Having integrated the site so well into their brands, it has proven nearly impossible for YouTubers to navigate their viewership away from the platform, with Facebook yet to offer a meaningful ad-supported system for their video offering. While success stories such as Michelle Phan and PewDiePie have expanded their brands into other areas such as perfume and mobile games, none have successfully migrated their audience onto another video site.

From Google’s perspective, though the $1.6 Billion acquisition of YouTube in 2006 is often perceived as a bargain, the narrative arc of the site has been one of competing worldviews. These revolve around how effectively the platform can be monetised, and additionally how to migrate ad-spend from television and print media towards online video. That the company is still developing these new entertainment economics (Which were covered in MIDiA Research’s Definitive Assessment Of The Global YouTube Economy Report back in May), has exacerbated tensions in both the YouTube economy and other more traditional entertainment industries such as music and paid-TV, which feel that the platform has been selective over when choosing to express concerns regarding copyright violation. Veteran Google executive Susan Wojcicki was appointed CEO of YouTube in 2014 to address this issue, but their have been suggestions that declining overall profit margins for the Alphabet Inc. of which YouTube is merely one subsidiary (despite the doubling of views for the top 100 YouTube channels over this time) have limited her ability to invest in new content and services; leaving subscription models and advertising her most realistic options in monetising the site. Consequently, with YouTube at its core being an advertising-based business model rather than a premium content business, advertisers will almost always be favoured over creators.

This does not mean the dissent will have no effect. Robert Kyncl, YouTube’s head of business and content operations, has expressed a belief in the growth of Online Video in its own form rather than simply mimicking Television, and that it consequently makes more sense for YouTube to invest in ‘Internet native creators,’ rather over traditional TV shows. Though this PR element (similar to Apple’s public reconciliation with Taylor Swift) could be crucial in influencing YouTube to appease the needs of their most popular creators, expect this to be a contentious issue going forward as the old and new entertainment worlds collide.