State Of The Streaming Nation 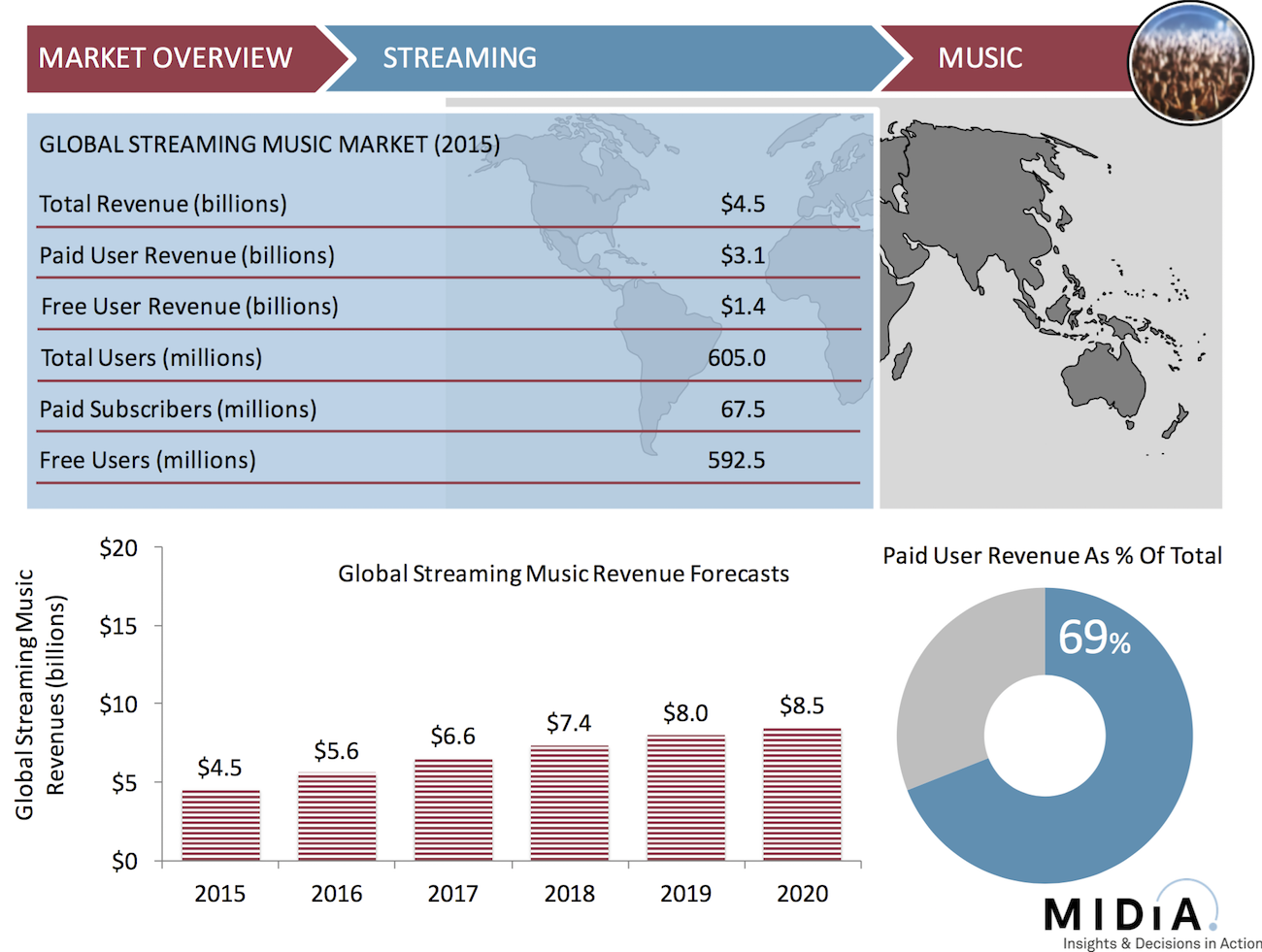 We are proud to announce a landmark MIDiA report: State Of The Streaming Nation: A Comprehensive Assessment Of The Global Streaming Music Market. If you are in any way involved with the streaming music market this report is an absolute must. We’ve pulled together absolutely everything that you need to know about the streaming music market all into one report and dataset which are available right now to MIDiA subscribers and which you can buy direct form our report store here. 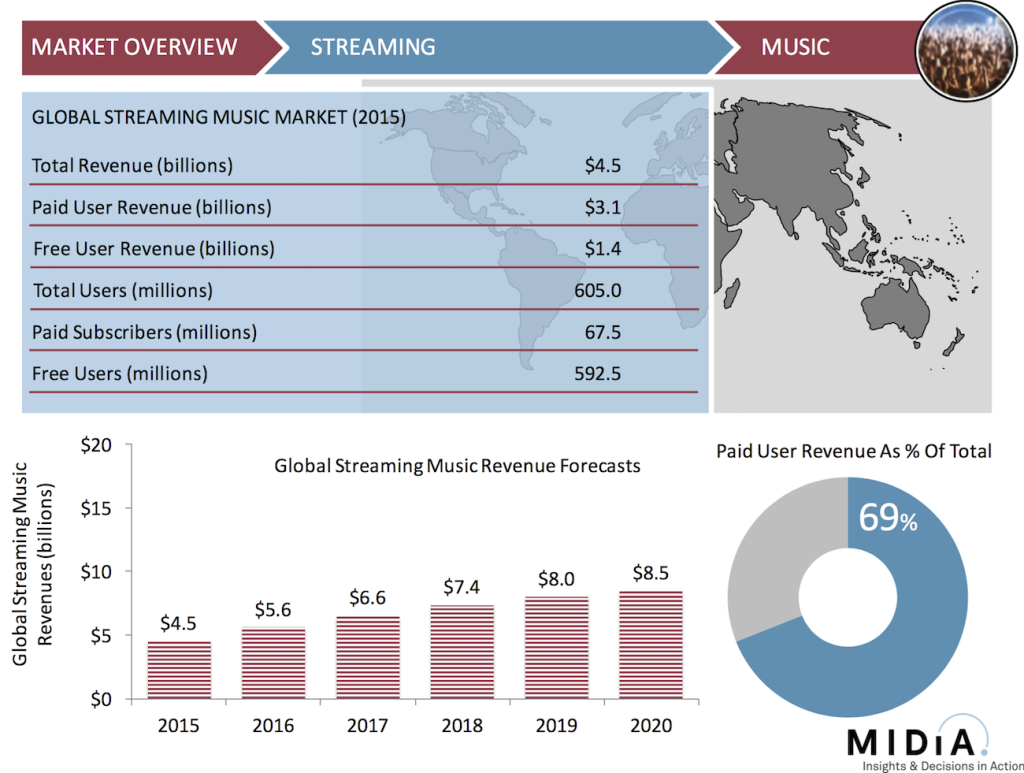 2015 was the year in which streaming music came of age, with robust growth from market leader Spotify and the rapid ascent into second place of new entrant Apple Music. Though questions remain about the commercial viability of the model right across the value chain, there is no doubt that momentum is now with streaming. The picture across the globe though is one of stark contrasts with wildly differing rates of adoption, strong variations in pricing and key players across different regions. This report provides the definitive assessment of the global streaming market with exclusive supply and demand side data alongside market analysis. The report includes:

Here are just a few of the key findings:

That last finding is particularly important. 24 million new subscribers came into the market in 2015, that was a spectacular level of growth, driven by both the usual suspects (Spotify and Apple Music) but also by a host of emerging market players such as QQ Music and KKBOX. 2015 was a massive year for streaming and 2016 is already picking up where 2015 left off.

The report is immediately available to MIDiA Research subscription clients and can also be bought direct from our report store here.