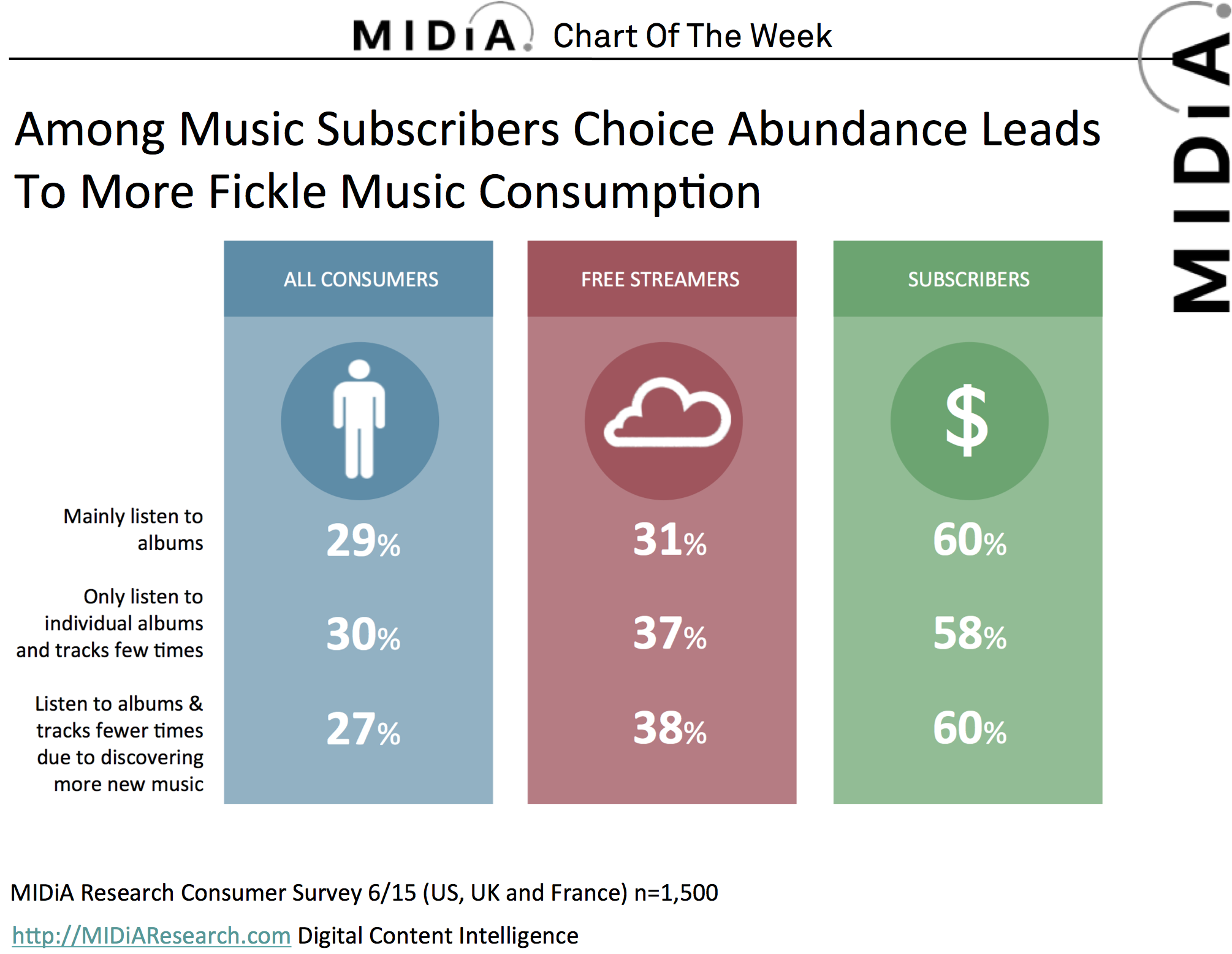 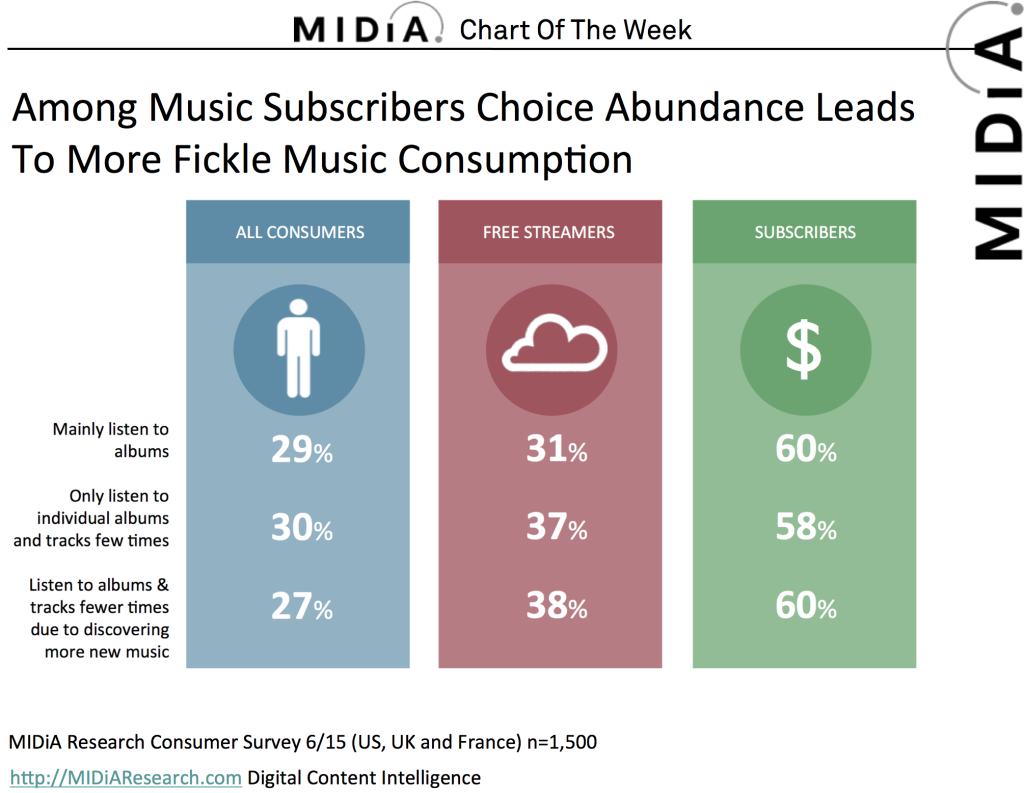 Although the relatively early stage of development of the streaming market means that most listening habits are not yet being changed, there are fundamental shifts emerging among streamers and subscribers that point to the future of music consumption:

Tracie Farrell
2 Nov 2015
I am not sure how these studies were conducted, but when I looked at the results, I would have said that they show that there are categories of music lovers: Audiophiles - who tend to listen to more albums, get more into a specific type of music (so they listen to less music), tend to explore more within that more narrow field of interest... It makes sense that those types of people would subscribe. They are the same people who could have collected records and CDs before streaming. and People who just like music- who just get to know music through media and word-of-mouth. Those people are not going to spend money on something that they enjoy, when what they enjoy about it can be gotten for free. I am not sure that a causal relationship can be expressed there, that streaming is changing the way people listen to music. I rather interpret it that there were always different types of music lovers and they engage with streaming in a way that reflects what type of listener they are.
No thanks