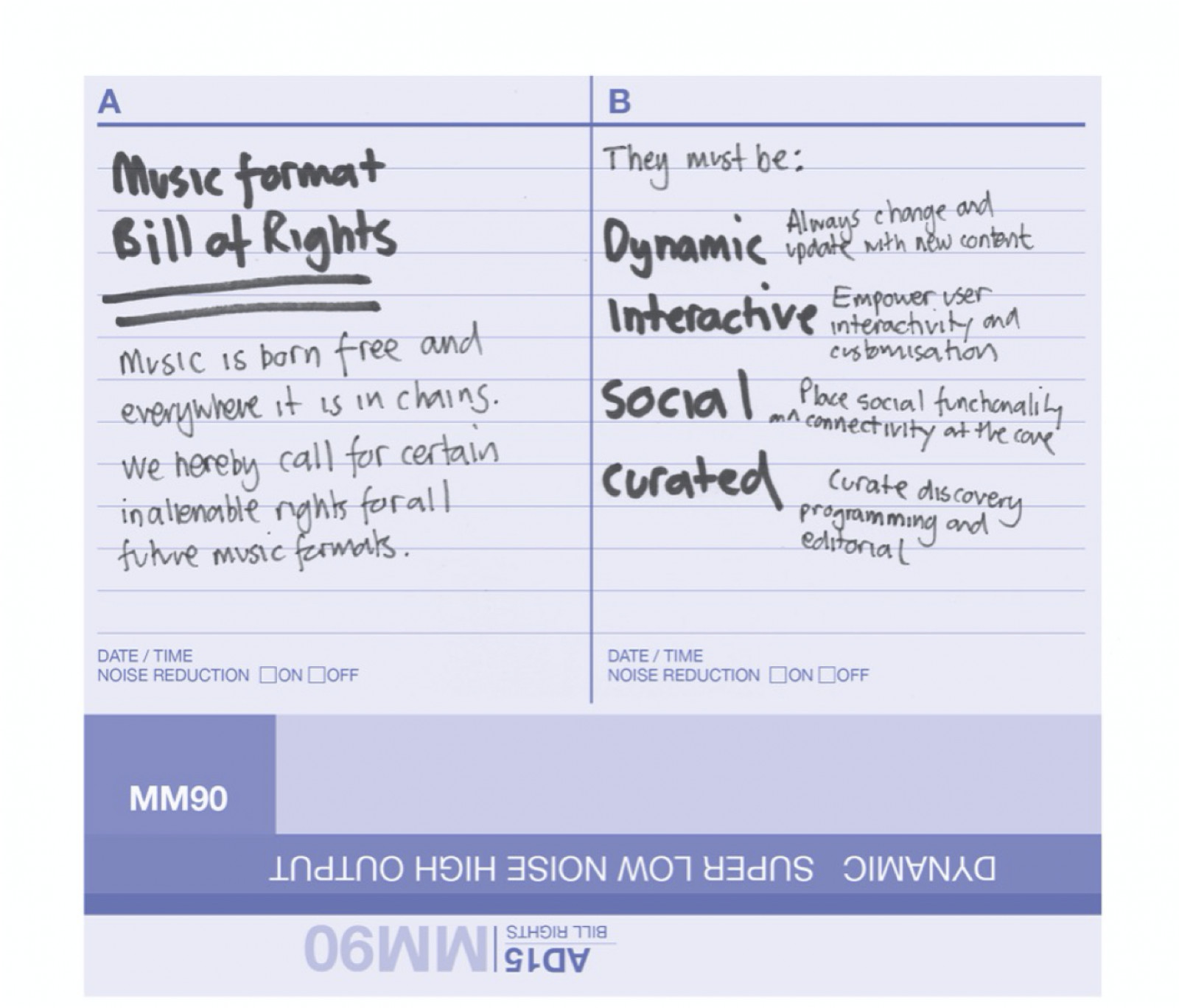 Kanye West knows how to stir things up, not least in making us rethink what music is and nudging us away from considering it as linear and static. First there was his announcement that Life of Pablo was a “living, breathing, changing creative expression”, and now there is his Donda Stem Player - which we wrote about here last week. Transformational change does not normally happen in one big wave, but instead is triggered by disruptive outliers, things that, at the time, might look like inconsequential edge cases, but act as the ice breakers for the paradigm shift that follows. Digital entertainment in its wider sense is entering its lean inphase, where audiences participate with content, whether that be simply commenting on a YouTube video or creating your own TikTok video. Given simple but powerful tools, it turns out that the consumers like to be creators too. First it was pictures and video, but now it is audio’s turn, and Kanye’s Donda Stem Player could prove to be a pivotal step in that journey.

Formats do not need to be how they have always been

The future always looks much more like the past. The Model T Ford looked more like a horseless cart than it did a 1950’s car. Change takes time. Digital entertainment business models have undergone dramatic change, but the content itself much less so. We think of TV shows, movies and music as being clearly defined things that have always been thus, but, in truth, they were defined by analogue technology in the 19th century. Now that linear TV schedules, radio and CD players are entering their final phases, there is no need for the traditional formats to continue to dominate. Creatives who argue that a 45-minute drama and 3.5-minute song are simply the best formats, do so because that is all that they have ever known. Yes, they work, but that does not mean that other formats cannot also work. Just look at the album. Many artists still like the creative construct, but just 21% of music streamers regularly listen to albums on streaming services. Music fans have already decided that this format is not part of their future.

The Donda Stem Player, made for Kanye by Kano, takes this concept and runs with it. This, as my colleague, Kriss Thakrar, identifies, is fluid audio, and it fits into the Agile Music that we first identified back in 2011. Analog entertainment formats were inherently creative full stops. When an album was recorded, it was done - final. It did not matter if the artist’s creative vision had moved on, as the songs remained the same. This seems entirely natural, but until the recording era, this would have appeared as a creative anathema in popular music. Before recordings, a song was never the same twice. It only existed as a live performance that was played in the moment and survived in the listener’s memory. Songs evolved and changed. Whether that be centuries of evolution in European folk music or decades in American blues and jazz. Then recording came along and songs became petrified - the stuffed animals of creativity.

Kanye took his first swipe at the creative full stop with his continual updates of Life of Pablo. Not everyone got it. Many fans simply wanted it to sound the way it did when they first heard it. It takes time for people to get their heads around change - quite literal change in the case of Life of Pablo. Now, with the Donda Stem Player, Kanye has obliterated the creative full stop. Donda will never sound the same twice, and that is now literally in the hands of his fans.

In some respects, making a piece of physical kit looks to be quite a retro move in this digital era, but the subtle, yet crucial idea here is to make the Donda Stem Player an actual instrument. It is the ultimate form of creator culture, by turning songs made with instruments into an instrument itself. How very meta!

Back in 2015, I published my book ‘Awakening’, which was part history of the digital music business and part vision for the future. Some of my predictions did not age as well as I would have liked, but some of them are still looking good. One of them was the DISC concept. I proposed that future music formats needed to be:

I mainly aimed this at the digital realm, and we are already seeing it happen, whether that be TikTok lip sync videos, Facebook Audio Studio, Clean Bandit’s Splice sounds pack, or apps like Voisey and Trackd. But I also suggested that it could apply to physical formats in order to free music of its smartphone chains. One theoretical proposal was for pieces of art that would enable to the user to change the songs by walking between them, triggering a vocal part here, a drum beat there, etc. It is not a million miles away from the Donda Stem Player.

A lean in future

The entire music world is not suddenly going to go from static streams to interactive widgets, but change is a coming. In a year from now, we may look back on the Donda Stem Player as being a fun gimmick, but if we do, it will be because we have not yet found the Model T Ford, rather than the underlying principles being wrong. Of course, the majority of music listening will most likely remain lean back and static, but not all of it will. As audiences lean in ever further, more of them will want to create as much as they consume, just like they do with social video today. There is one thing we can be certain of - the future of music creativity and consumption is changing, and Kanye just played his part, again.

Facebook just got into social music; the industry should take note

by Hanna Kahlert
12 Aug 2021
Facebook has just rolled out a new option to share clips of music videos to its Stories , which will be fully available to users by August 16th. The move has two main sets of implications. On the music…

by Hanna Kahlert
6 Aug 2021
Fandom is now entrenched as the success determinator of the saturated attention economy. With so much entertainment competing at all times, it is sentiment which draws audiences back for more. Rather than…

by Tim Mulligan
28 May 2021
Video streaming services have achieved mainstream engagement, with binge viewing now eclipsing linear TV viewing as the leading form of TV show consumption. While the digital disruptors may revel in their…
No thanks