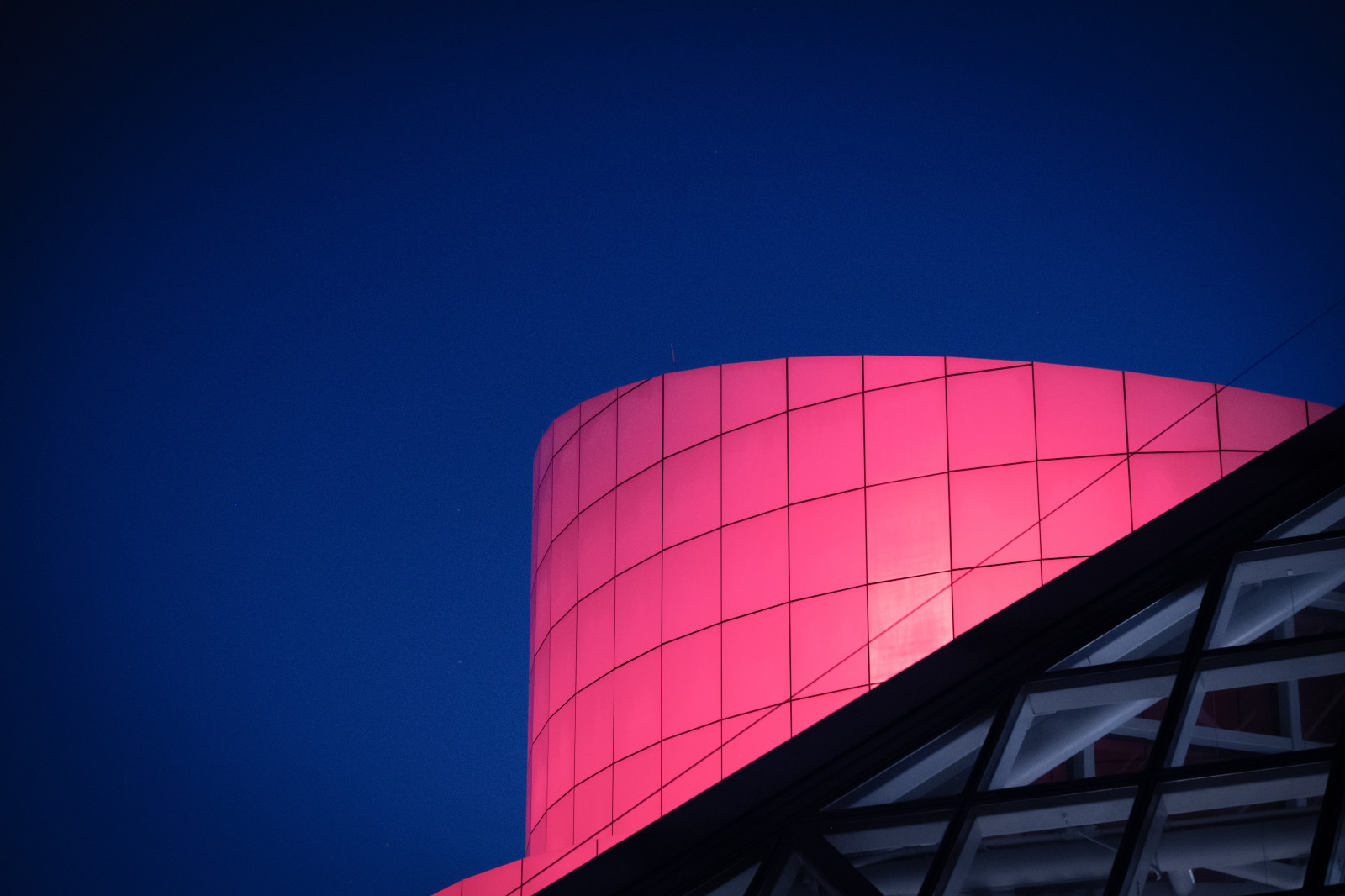 Photo: Photograph by Photo by Lance Anderson on Unsplash

Doom scrolling on socials is something I try to avoid, but like most 21st century humans living through the pandemic life, I occasionally fall short. Such as this weekend when scrolling through Instagram I came across Flea’s feed (he of the Red Hot Chili Peppers). The post that caught my attention was of Flea flicking through a glossy pamphlet that turned out to be his voting ‘program’ for the 2021 Rock and Roll Hall of Fame ‘nominees’. Not being a citizen of the USA, I have never had more than a fleeting awareness of this institution. Most people outside the USA either don’t know or don’t care about it. But watching the video of Flea turning those program pages got me intrigued. Consider for example the 2021 ‘nominees’:

Already, this list will have anyone with a remote knowledge of music asking questions. Can Jay-Z, Fela Kuti, LL Cool J among others be considered “rock and roll”? If genre is not the qualifying criteria, why are music icons Kate Bush, Chaka Khan, Carole King and others only just being nominated/not already inducted? Those with some knowledge of RRHOF may ask, are not Tina Turner and Carole King already inducted? (they are, but not as solo artists).

This is the first controversy with the award - the process and criteria for the nominees and inductees. The voting process is only partially open to the music consuming public (the top five public voted artists get a booster in the committee voting process) and so it is by default mired with issues of bias, ageism, exclusivity, politics and associated with random outcomes. Who’s to say whether one legend is inducted but another one is not?

A quick primer on the Rock and Roll Hall of Fame

The Rock and Roll Hall of Fame Foundation was established on April 20, 1983, by Ahmet Ertegun, founder and chairman of Atlantic Records. It was given a permanent location as a museum & show venue three years later after a competitive bidding process, with the city of Cleveland bagging the prize after a $65 million pledge campaign. Artists are inducted into the Rock and Roll Hall of Fame at an annual ceremony and the number of inductees varies between half-dozen to a dozen. Living inductees mostly do attend the ceremonies and they are presented with their Hall of Fame award by an artist who was influenced by their music. All inductees hold a vote.

A straw poll on the Rock and Roll Hall

Not wanting to simply rant about something I barely understand, I reached out to a number of US-based music contacts: folks running music funds, working in labels, artist managers, consultancies or industry media. I asked this one simple question: What does the Rock and Roll Hall of Fame mean to you, in terms of its purpose and value within the music business?

I received a bunch of much better informed rants, but rants they were. Here is the thing though, it was clear that most who responded did not object to the idea of the Rock and Roll Hall of Fame itself but again mostly the nominees/inductees process and history of questionable judgement (including a depressing lack of diversity). Although many artists speak out against the award’s significance, my industry contacts suspect that artists do actually think it’s important: “I think it’s a bigger deal to the artists that are not in than the fans.” is how one US executive described this to me.

One very measured response struck me: “The Rock and Roll Hall of Fame represents an important and noteworthy distinction in an artist's career but unfortunately it's nomination and induction system is flawed and there are many great artists who are not in”.

In the current age of highly valued catalogues, there is a potential commercial edge to RRHOF: an opportunity to reflect, reboot and re-imagine the catalogues of the great and the good of rock and introduce them to a new audience. As part of being inducted, rather than walk away with a chunk of metal and plastic (all those gold discs and awards adorning office walls look vaguely ridiculous in the digital age), artists could have a carefully curated archive set up online. They might engage in story-telling about their rollercoaster careers in music. What can others learn? What new revelations are there for fans to discover? The museum in Cleveland already receives high praise for its exhibits and archival projects, so this is simply expanding on that theme.

The manifesto of ‘rock’

It strikes me that there is a more constructive approach to examining the opportunities for an awards institution in the age of streaming, one that applies to some extent, to all major music ceremonies and awards from The Grammy’s to The BRITS. It would simply take bravery, common sense and fresh ideas to hit the reset button for these institutions to add real value to the industry and popular culture. Here is a potential manifesto:

Central purpose. RRHOF’s mission is “to engage, teach and inspire through the power of rock and roll. We share stories of the people, events and songs that shape our world through exhibits, innovative programs and concerts”. This is not a bad mission as such, but could be more specific: who benefits and how, and what is the unique value-add to the various industry constituents?

Foundation & causes. One of the most important purposes of the BRITS is the BRITS school. The Hall of Fame has had similar arts education goals but has yet to gather the momentum, reputation and impact the BRITS school has had, yet the potential is there. Ensuring an ongoing clear contribution to new bands whether it be subsidised gear, access to rehearsal rooms or industry resources, the idea of laying the foundations for the next generation of legends can be a way of securing lineage between those legends inducted and the next rock & roll band with potential longevity. In the modern streaming centred industry, rock and roll bands need all the help they can get!

Celebrate diversity without succumbing to ridiculousness. If only RRHOF could define the genre it represents, it could do a lot of things to celebrate rock & roll’s diversity, without getting into muddy waters of whether rap, Latin, electronic, folk or hip hop are included. Why not stick to rock & roll but celebrate diversity within that genre? Again, in a business where hip hop, Latin and pop have reigned supreme, rock as a genre could use some help. Then again, if genre is not the qualifying criteria (the RRHOF is criticised for being anti-electronic, disco and many other genres) then tighten up the other criteria that makes all genres genuinely equal.

Put music at the centre of cultural and economic recovery (e.g. music cities). One purpose of RRHOF is “the promotion and stimulation of rock & roll music as a cultural aspect of modern life and society”. This is great, if vague. Presumably, the location of the venue in Cleveland has been a boon to the city. There is an untapped value - culturally and economically - in music’s role in the future development of cities in the USA and elsewhere. Organisations such as Music Cities have seen this, and there is an opportunity for hybrid venues to encourage initiatives in partnership with streaming services, labels and creators. Drawing upon a city’s music heritage and vibrant current music scene could play a key role in the regeneration of cities in the post-pandemic age.

Posthumously or belatedly recognise influential genius above commercial impact. It might sound like a misnomer for an institution celebrating fame, but for every famous inductee there is a forgotten pioneer that influenced their work. To mine the rich seems of rock and roll music is a deeper education for everyone, even the nominees and inductees. That’s also worth celebrating and patronising.

Re-imagine inductees’ catalogues. HBO has covered the induction ceremony, and has a rich heritage in documentary and storytelling. Becoming an inductee should create new opportunities for those inducted way beyond a good night out, fleeting TV coverage and another dust magnet for the mantlepiece. A programme of storytelling to inspire syncs, remixes and cover versions, documentary film and ultimately, more streams and new fans, should be a goal of the Hall. Those funds now marketing those catalogues might be tempted to chip in as well.

Just because it exists doesn’t mean it should

Another of my US industry contacts took a pragmatic view: “It's best to take a 'who gives a damn' attitude. But because the Hall does exist, then at least those who are among rock n' roll's best should be voted in.”

If only the Rock and Roll Hall of Fame could sort out the process of who is in or who is out, and be clearer about what it represents and why, it could be something great, even if it never travels outside of the USA. After all there is still no bigger market for rock and roll, however you might define the term. And however you define Rock and Roll, Tina Turner is in.

A longer read of this post can be found on his blog at https://www.songsommelier.com/playlist-blog

by Mark Mulligan
4 Mar 2021
It has been one of those weeks, with impactful music business announcements coming thick and fast. As is often the case, a succession of apparently unrelated events actually have a connecting thread. In…

by Dara Jegede
25 Mar 2021
BE THE CHANGE: WOMEN MAKING MUSIC 2021 TuneCore and Believe Partner with MIDiA for First of its Kind Global Study LONDON, BROOKLYN AND PARIS —Thursday, March 25 2021: MIDIA Research and TuneCore/Believe…

by Srishti Das
22 Mar 2021
MIDiA, in conjunction with TuneCore and Believe, is about to publish the findings of a global survey on the experiences of 401 female creators in the music industry: artists, songwriters, producers, DJs…
No thanks