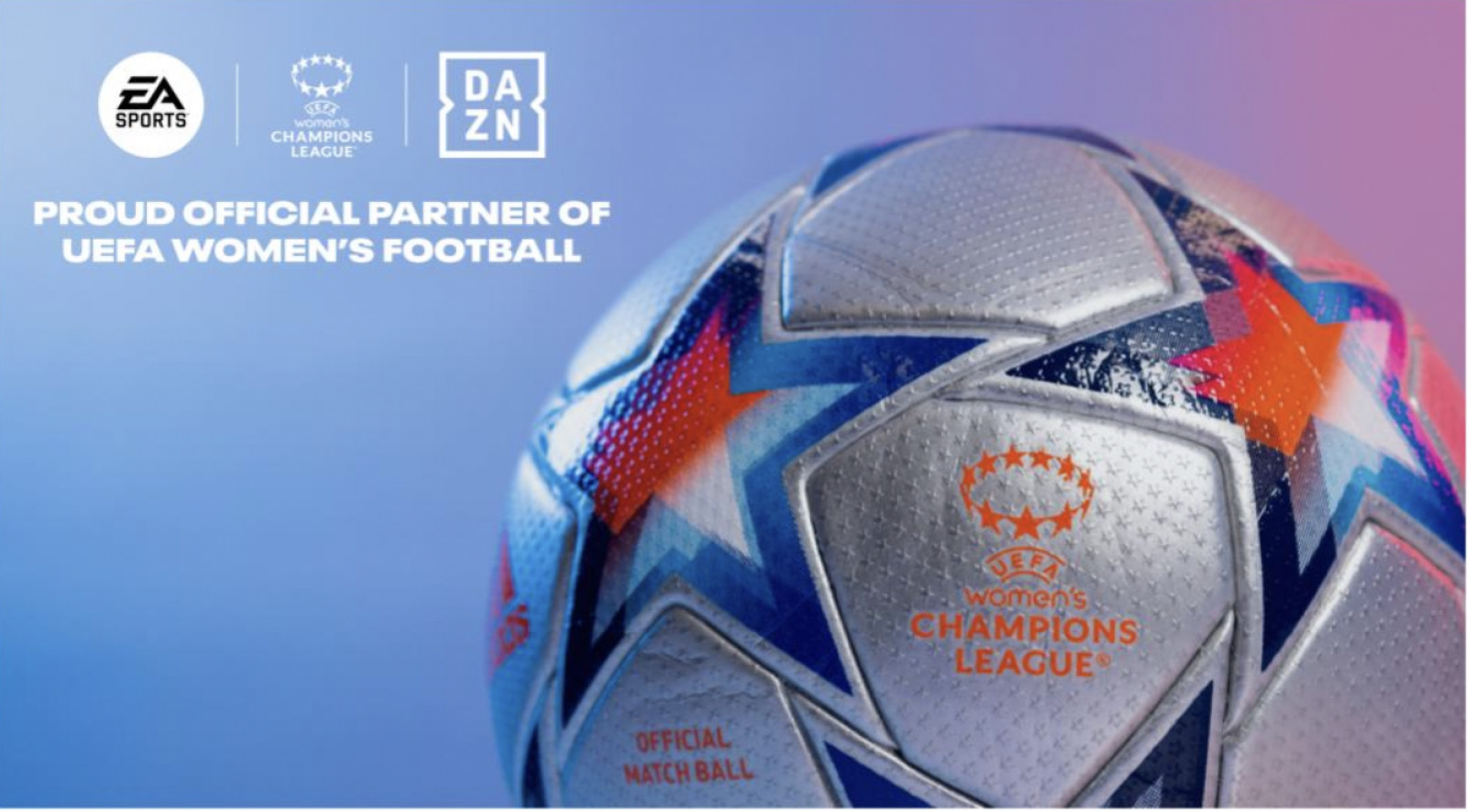 Hidden in the stream of high-profile broadcast rights announcements from DAZN this month was an announcement that EA sports will be DAZN’s now global sponsor of its UEFA Women’s Champion’s League (UWCL) broadcast coverage. Compared to the high-profile Serie A, Bundesliga, and La Liga rights packages, the UWCL does not yet command the same media or analyst attention. But it should, and EA knows better than most why. Only one season old, the newly consolidated rights package has presented both DAZN and EA with a rare opportunity: to reboot sports fandom in an entertainment landscape increasingly shaped by the smartphone-empowered wave of emerging market digital consumers.

Sport as both entertainment and Identity

DAZN has been savvy about how it monetises and grows engagement for the UWCL. The  2021-2022 and 2022-2023 seasons will see all 61 matches available on both the DAZN platform for subscribers and free for fans worldwide to watch on DAZN’s UWCL YouTube channel. Effectively, DAZN is investing in growing its fanbase for what is still an emerging sports rights asset.

For the subsequent two seasons, all 61 matches will continue to be shown on DAZN for subscribers, with only 19 matches remaining available for free on DAZN’s UWCL YouTube channel. DAZN has calculated that by this point, awareness and interest in the competition will have matured sufficiently enough to entice fans to pay directly to access the broadcast matches.

Additionally, DAZN revealed that there have been 64 million total views of its UWCL coverage on DAZN and DAZN’s UWCL YouTube Channel. These views have come from a global audience with 168 territory-specific feeds in 11 different languages that include highlights, player interviews, and other original content alongside the matches themselves. Over 12 months alone, DAZN’s UWCL YouTube Channel published over 1,000 pieces of content to drive awareness, engagement, and build fandom.

While known footballing markets, such as Germany, Italy, and Spain dominate viewing of UWCL content on DAZN itself, on the UWCL YouTube Channel, the top ten markets include Indonesia, Mexico, Brazil, and India. These four markets are at the vanguard of emerging digital entertainment fandom, with India, in particular, driving innovative sports monetisation business models which are set to become the norm this decade. For all these markets, sports streaming is a newly emerging category of digital entertainment made accessible through smartphones. This is the digital leapfrogging cohort of consumers seeking both entertainment and self-actualisation through targeted consumption. Add to this the opening up of football to a new generation of digitally empowered young females, and DAZN now has a generational opportunity to shape future global sports fandom.

EA Sports represents the final piece of the fascinating trifecta of newly emerging sports broadcast assets with global appeal, digitally empowered sports genre fans, and media fusion synergies. EA Sports recently released its final title release of the highly successful FIFA video game series. The post-FIFA partnership opportunities for EA Sports will inevitably include UEFA and the rising star that is women’s football. On its platform, DAZN is presenting UWCL as a football league on an equal content footing with Serie A, La Liga, and other major men’s leagues – rightly so, considering 78% of the viewers are male. In addition, women watch UWCL for 50% longer on average than male DAZN subscribers, so the potential engagement upside as awareness grows globally is huge. Ultimately, where broadcast goes games development is likely to follow. EA Sports is well positioned to capitalise on fusing sports coverage fandom into gaming fandom, and thus  transforming it ultimately into pure play ESL fandom. While this may be a welcome afterthought for EA Sports in 2022-come 2024 this is likely to become a cornerstone of the brand partnership.

Welcome to the future of global media fusion sports fandom.

by Hanna Kahlert
26 Oct 2022
The finale of House of the Dragon aired this Sunday (or Monday, for countries to the east of the US), culminating a wildly successful first season of HBO’s first Game of Thrones spinoff. To be specific;...

HYBE’s new strategy is a blueprint for more than BTS

by Tatiana Cirisano
25 Oct 2022
With its crown jewel, BTS, set to join the military, HYBE is without a doubt in a unique situation. This week, HYBE shared their strategy in a detailed letter to shareholders, and there has already been...
No thanks