The Challenge Of Creating Disruptive Pioneers In The TV Industry 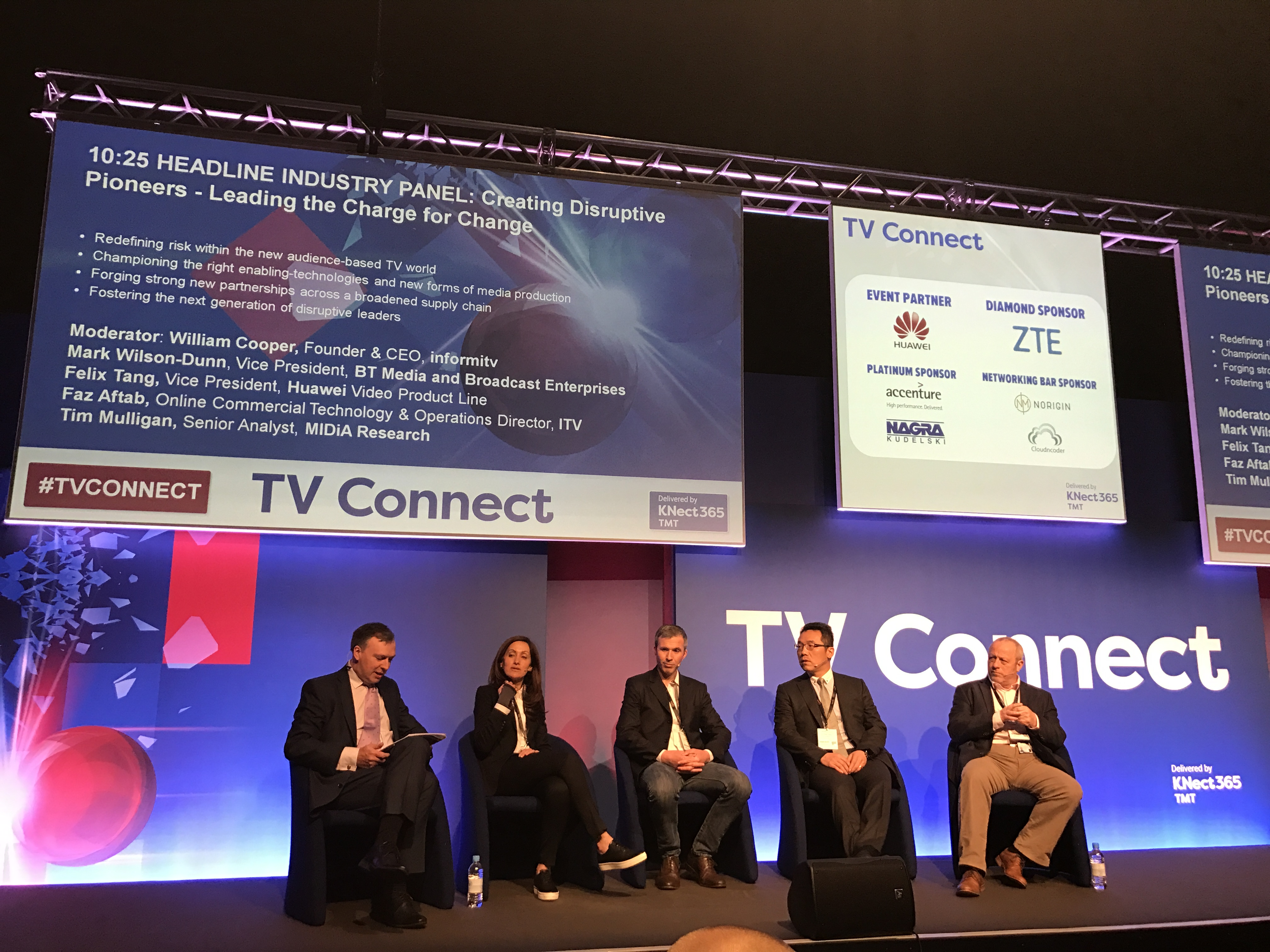 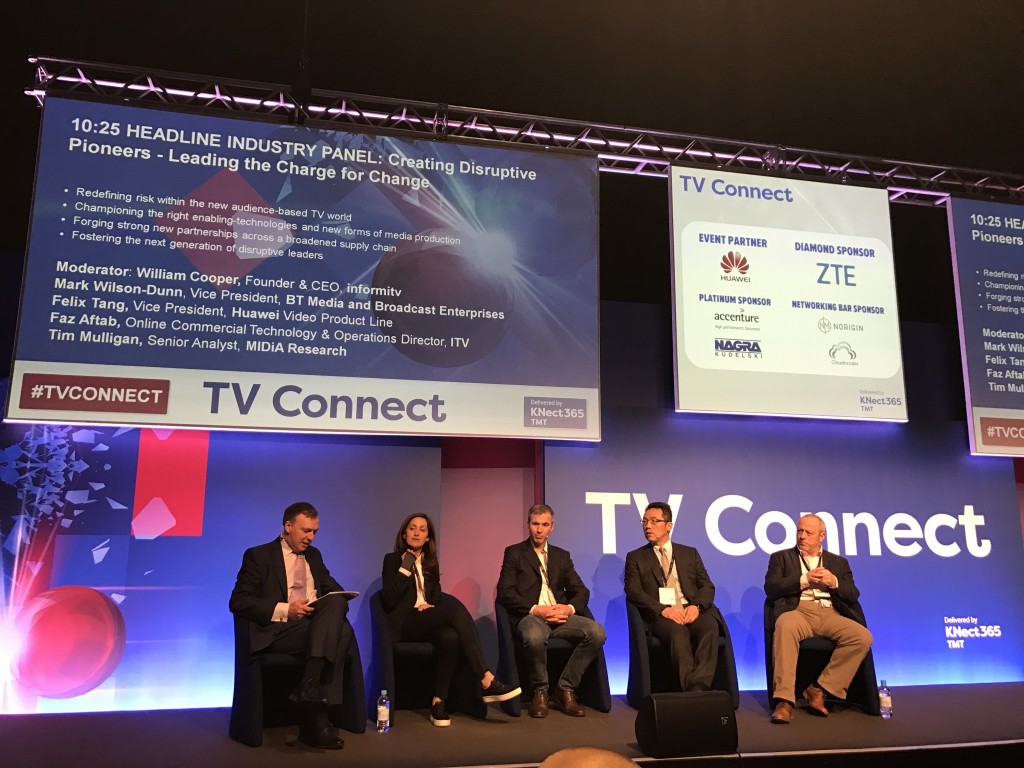 At this year’s TV Connect, the headline industry panel was on creating disruptive pioneers. The participants included Mark Wilson-Dunn -the Vice President of BT Media and Broadcast Enterprises, Faz Aftab -Online Commercial & Tech Director at ITV, Felix Tang -Vice President of Huawei Hybrid Video Product Line, and myself as a video industry analyst. The panel was moderated by William Cooper, Founder and CEO of Informitv.

The questions raised during the panel were of fundamental importance to everyone involved in the TV industry:

The big shift currently underway is from linear programmed TV on broadcast, cable, fibre and satellite TV, towards on demand video consumption on digital platforms. MIDiA Research defines this as shift from traditional pay-TV to streaming pay-TV. Instead of cord-cutting, what were seeing is a reframing of the cord. The implications for pay-TV comes down to one of positioning as ARPU (Average Revenue Per User), which significantly declines by an average factor of four. The new reduced revenue is also divided between multiple SVOD services rather than one (MIDiA Research consumer data from December 2016 showed that 17.7% of consumers in the US, UK Canada and Australia had 3 or more concurrent digital subscriptions. Postioning is therefore deciding about whether to focus on increasing ARPU from existing customers or deciding to retain significantly lower margin customers. Some pay_TV operators have already stated their position such as this telling quote in US satellite operator Dish’s Q4 16 report:

““[our strategy includes] retaining higher quality subscribers, even if it means that we will acquire and retain fewer overall subscribers”.

Alongside this clear need for pay-TV to reposition itself, there is the existential challenge confronting all TV broadcasters, operators and networks- how to reach audiences in an increasingly fragmented digital landscape? With audiences now able to consume content on multiple differing platforms, largely at their own convenience, the old industry certainties around commissioning, prime-time viewing and monetization of content are coming under closer scrutiny as younger audiences increasingly choose to consume content in forms outside of the traditional models.

The Significance Of These Evolving Trends

A notable discussion point among the panel was the relative   significance of linear TV over the coming years- i.e. would linear TV still be the primary means of engaging with TV content in 10 years’ time? Although linear TV is currently holding up well to the challenges on SVOD, we are only now moving into the widening out stage for the major SVOD services, where their near mainstream adoption (40% of US, UK, Canada and Australia consumers now pay for an SVOD subscription) is allowing them the freedom to broaden their appeal to the remaining majority of TV audiences who do not currently subscribe to video on demand services. High profile productions, such as Amazon’s The Grand Tour and Netflix’s Chelsea, are examples of prime time appointment to view mainstream TV shows which are now being released at set times on a weekly schedule and available exclusively on SVOD. The imminent soft launch of YouTube TV in the US, where 41% of consumers aged 55 and over (the average age of the US pay-TV subscriber is 55) use the platform to consume video on a monthly basis, highlights the encroachment on traditional TV by the new tech disruptors.

Both linear TV, and the ability to continue to effectively deliver it by traditional operators is coming under ever-increasing pressure.