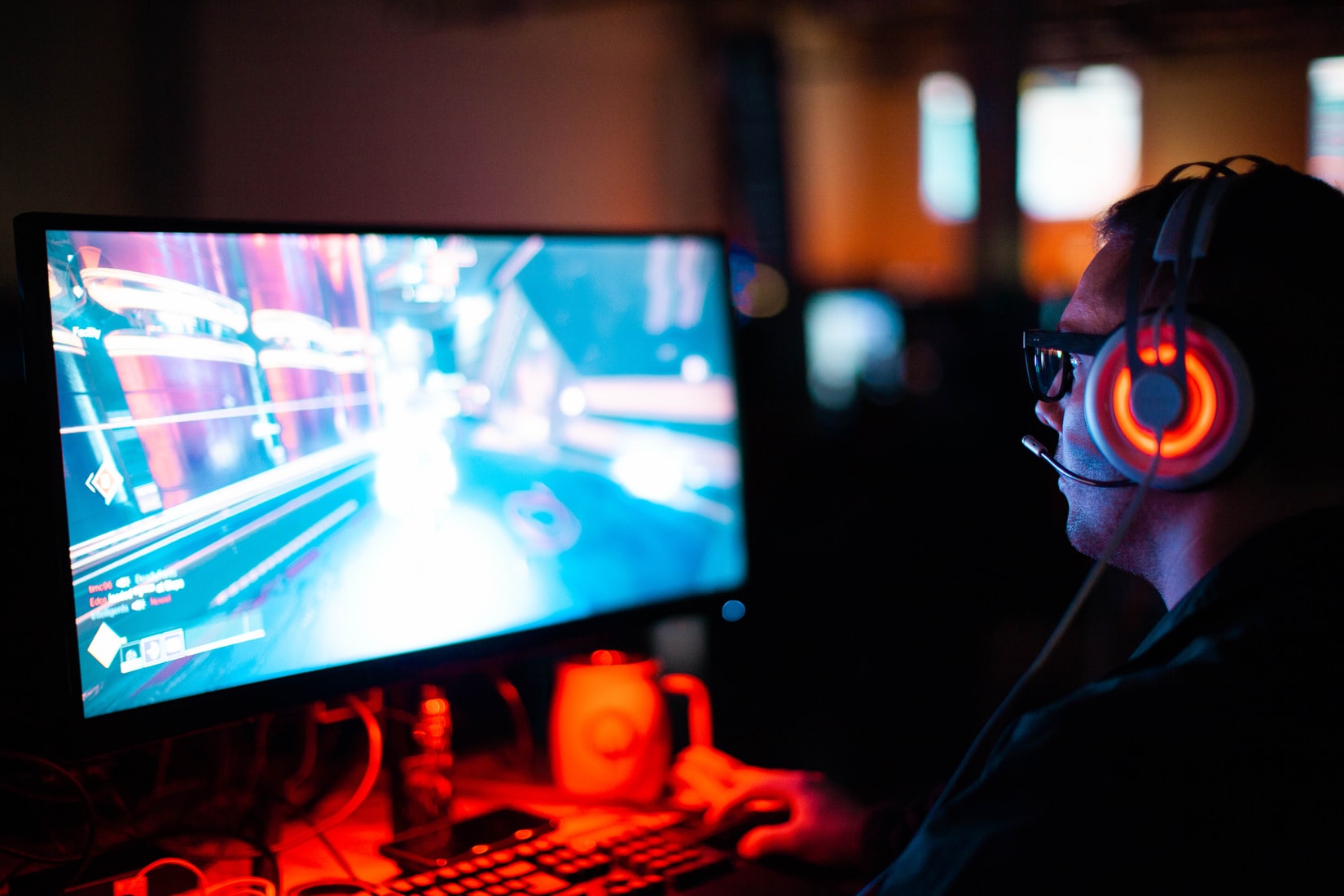 For the lack of better word, times are about get crazy for the mid-to-top tier end of games streamers and creators as the content wars heat up, so here are some observations and hopefully some useful pro bono guidance for creators and companies as they try to make sense of all that has been happening around Mixer, Ninja and Facebook (and in a way Apple, as you’ll see). Get in touch if you’d like to explore, how we can help.

When Facebook Gaming launched in March, I mentioned in a blog that it was a tough app for Apple to approve, if it was ever even going happen. Now, the New York Times reported that the app has actually been rejected by Apple over five times in recent weeks, citing regulations around not approving apps which distribute casual games.

Meanwhile Mixer, the games video platform owned by Microsoft’s Xbox, is shutting down operations on July 22nd. Most of its creator partners are being migrated onto Facebook Gaming to keep them going.

Some top-tier creators, including Ninja, are however free to renegotiate or get paid out of their contracts, and move to ‘free agency’ so to speak. As The Verge implies, despite Mixer’s ultimate failure it will be remembered for having kicked off acquisition wars for creator talent among the likes of YouTube, Twitch, Mixer all having played a role.

At the time of writing, Ninja hasn’t disclosed further intentions besides a tweet stating that he’s got some decisions to make and things to think about. Here are his main options:

Facebook, Twitch and YouTube will likely be interested. Each have their pros and cons. The key formula combines platform image/reputation among gamers, overall reach, and money:

·      YouTube should be the top candidate: YouTube can afford to make the lowest offer of the three, while still retaining Ninja’s interest. It has by far the highest addressable audience for Ninja. 72% of console gamers and 50% of PC gamers use YouTube daily, compared to 27% and 19% viewing videos on Facebook daily. (source: MIDiA Research: Q1 2020 US, UK, Canada, Australia, n=4000). Add YouTube’s strong roots in the games video ecosystem and a ‘good enough’ cheque (perhaps matching Twitch’s offer) could secure the deal here.

·      Twitch has got the home advantage: Twitch has the smallest audience of the three, with only 6% of PC gamers and 9% of console gamers using it daily. For perspective, Mixer has approximately 1% penetration for both PC and console gamers. Despite Twitch’s smallish audience, it is Ninja’s ‘home territory’ with a high concentration of existing fans. There may be some emotional value involved (positive or negative, from both sides). Either way, Twitch is going to have to put in a strongly competitive cash offer to secure the streamer on an exclusive basis. One thing Amazon has up its sleeve is the launch of its games streaming service in 2021, for which it can use all the marketing help it can get, so the company may be considering to promise future partnerships and ‘paid marketing’ work around the service to sweeten up the offer. Google could potentially match the stakes here with partnerships around Stadia.

·      Facebook has an Apple problem: Facebook would have to offer the highest amount of money, and even so, it is still less likely to get Ninja to sign. Firstly, the image fit. Facebook (and Facebook Gaming) is not exactly a proven quantity among the games video streamer community yet. Ninja could face an increased risk of fan backlash from communities which are loyal to YouTube and Twitch if he decided to move onto a ‘new platform for a big pay cheque’. But this alone wouldn’t be exactly against his track record, considering he did exactly the same with leaving Twitch for Mixer. The most important problem with a potential offer by Facebook is, funnily enough, reach. YouTube’s video penetration among gamers beats Facebook’s by a long way (about two thirds). This is Facebook as a social media platform. Zooming in on Facebook Gaming app’s reach and its  current inability to target iOS users, highlights a much bigger risk for Ninja to bet his future on Facebook Gaming. Apple device owners are typically more affluent and higher-spending segments. Ninja and his team will know that the future of their business model lies in monetising fandom, not consumption and eyeballs – that is, if Ninja doesn’t want to spend his life streaming 24/7. It will be about charging for skins, digital experiences, paid appearances, product lines, the works—streaming is just a part of it. The direct (and indirect) ability to monetise the streaming audiences offered by a partner should be key in Ninja’s deliberations. This issue goes beyond Ninja however. If Facebook Gaming can’t offer its talent as good access (incl. monetisation) to iOS users as other partners, it will have a serious problem to attract top-tier games streamer talent more broadly.

Option 2: Go non-exclusive on streaming, get paid by TV

·      To truly reach everyone: Even though YouTube has a significant lead, streaming on all platforms would still likely yield Ninja the highest potential viewership overall. (At MIDiA Research we have data on the exact overlaps between WAUs and DAUs of all key games streaming platforms, get in touch if you’d like to explore more).

·      Smaller pay cheque and time for TV to reach out: While doing some (albeit less) streaming to keep the momentum going across platforms, Ninja could look to capitalise on his growing celebrity status. It could be the right timing to explore deals with TV companies which are looking to retain younger audiences and might be willing to pay top dollar now that production is on hold and slates need filling up. This would probably be a smaller deal than Ninja is used to with the tech majors, but also less content/workload (TV format episodes or films, rather than constant flow of streams). For TV companies, it is high time to snap up top-tier game streamer talent now—while Facebook is struggling with Apple’s approval blockage and before Amazon launches a games streaming service in 2021 and more exclusive deals come into place. YouTube and Twitch are already here competing for contracts, but the longer TV companies wait to sign this talent, the harder it will get.

·      Brands can also step in: Maximising reach by remaining open to all platforms would allow Ninja to charge more for brand deals. Advertisers are another avenue for Ninja to explore. It could be that brand deals alone could keep him comfortable financially and he could stay and stream where he finds fit. Of course, the tricky part going forward would be to ensure Ninja’s messaging aligns with whatever the values the advertisers are willing to promote. This wouldn’t unfold without conflict at first, but the right fits between particular brands and streamers will be identified eventually.

Option 3: Not care, cash out, retire

Indeed, Ninja could simply walk away, never stream another second in his life, enjoy his millions and nobody could really blame him. If it happened, Ninja’s legacy would offer an interesting benchmark for the lifetime value of a top-tier games streamer. But I’d like to think that a career of a top-tier streamer could span longer. If the model is to be sustained for companies going forward, then once their creators finally reach superstar status after years of hard work is precisely the time they want to retain them and reap the benefits for as long as possible. Seeing talent walking away ‘early’ with breakout payments could end up discouraging services from longer-term, higher-value deals for future creators.

Neither company will drop its stance easily, too much is at stake for each one. Facebook needs to offer its creators and developers alike a shot at Apple’s valuable audience. Apple, on the other hand, is in the process of bringing its entertainment (and broader digital life) ecosystem closer together. It has music, video, games, news, podcasts and e-books – social media is its biggest attention competitor, according to MIDiA’s attention economy model. The last thing Apple wants is for the largest social media company to build a marketplace of entertainment experiences right inside its walled garden.

Therefore, we could see this becoming a long, potentially escalated process (e.g. Facebook trying to challenge this somehow at court or through joining/supporting a regulatory complaint of sorts, though that would be opening a whole other can of worms).

The only way we see this being resolved quickly is if Facebook redesigned the app for iOS by dropping its games distribution feature and only kept its video streaming. In that scenario however, it would be opening a similar can of worms with its games developers.

Watch this space and buckle up for a ride.

As things unfold, MIDiA will be producing a report on the changing landscape of games video streaming and its implications for creators and services, which will be available to MIDiA clients only. Get in touch if you’d like access to this report.

by Mark Mulligan
22 May 2020
The risk with trying to imagine what the future might look like is to simply think it is going to be a brighter, shinier version of today. At this precise moment in time, this has perhaps never been truer.  ...