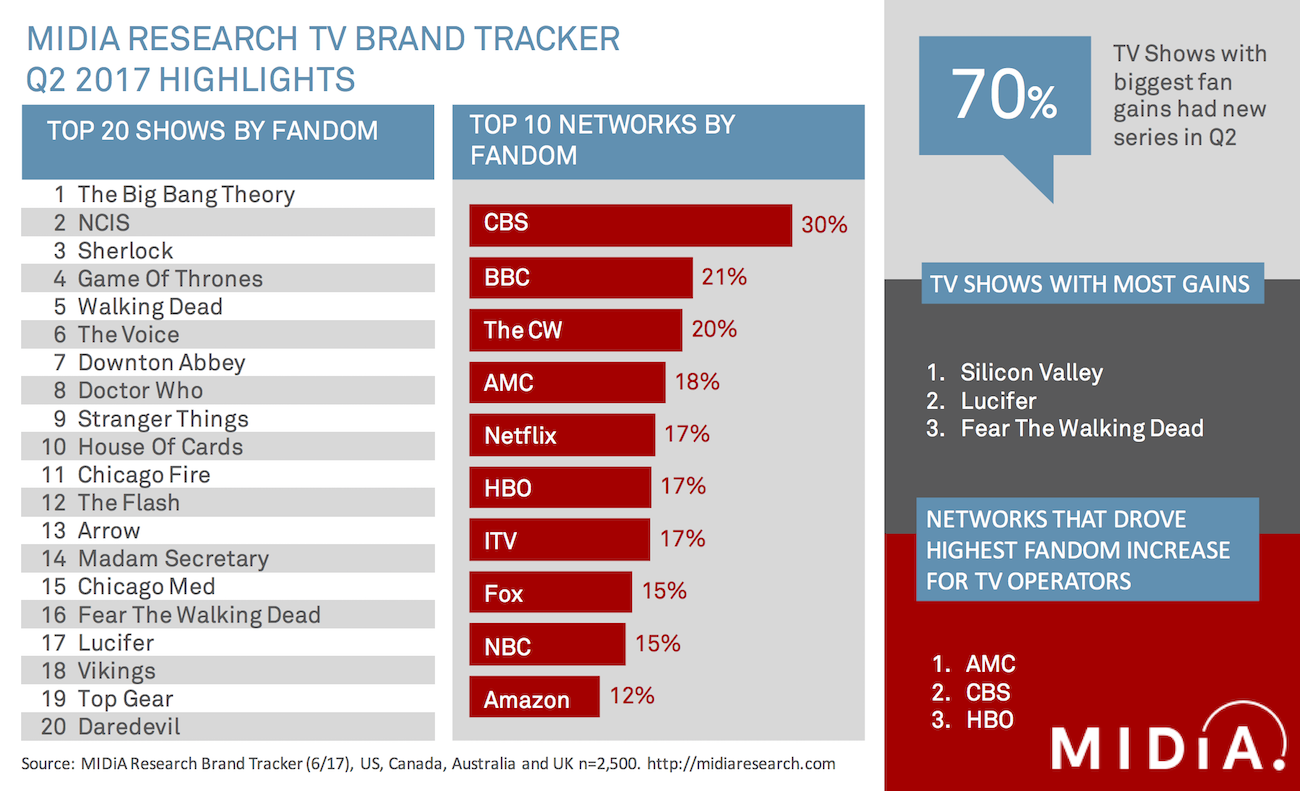 We are proud to announce the inaugural results of our new TV Show Brand Tracker. The findings reveal how streaming is impacting TV show audiences and which networks are performing best. 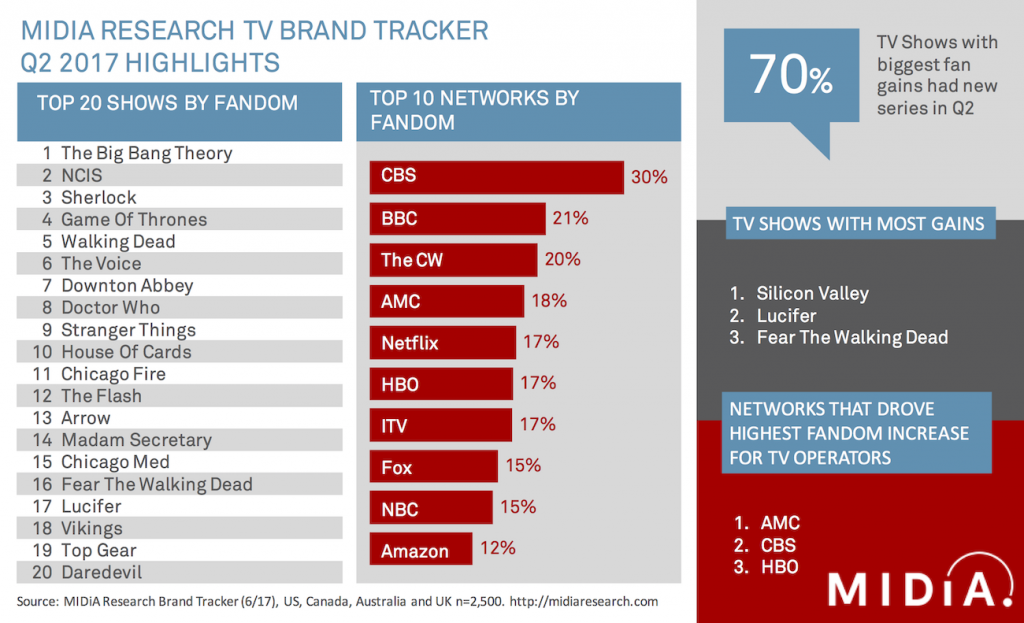 Based on data from more than 60 TV shows across the US, Canada, Australia and the UK, CBS’s The Big Bang Theory is the leading TV show in terms of audience fandom, followed by NCIS (also CBS), with the BBC’s Sherlock in third place. Game of Thrones (HBO) and The Walking Dead (AMC) occupy the fourth and fifth spots respectively, despite often topping Twitter and Facebook rankings. This is because these social platforms skew towards older audiences, as do the two shows, thus making the shows look even bigger than they already are.

At network level CBS has the clear lead, with 31% average fan penetration across its TV shows, driven in a large part by the top two ranked shows. However, CBS is third in the UK, behind ITV (32%) and the BBC (27%). With a roster of strongly rated originals, Netflix is the fifth highest ranked TV network with 17.3% penetration, ahead of HBO on 17.0%. Netflix is now firmly established in the top tier of TV networks, as its 91 2017 Emmy nominations illustrate. Amazon also breaks into the top tier, beating Viacom Networks to 10th place, with 12% fandom penetration. Amazon and Netflix were respectively the third and fourth biggest network gainers in Q2. These streaming services are now fully fledged TV networks.

Other key findings include:

MIDiA’s inaugural Brand Tracker rankings reveal how streaming services are no longer a separate market but instead an integral part of today’s TV industry. It is often easy to get a skewed view of the world via our own filter bubbles, but measuring fandom in a holistic way helps to create a fuller and more balanced view of how TV audiences are actually behaving and what matters to them.

Tim Mulligan
2 Oct 2017
Hi Cristina, The methodology is based around our quarterly TV Tracker which we field in the US,UK, Canada and Australia. I will email you now with further details about the methodology. Thanks Tim
Cristina Lucero
29 Sep 2017
Just out of curiosity, what was the methodology for gathering the data?
No thanks