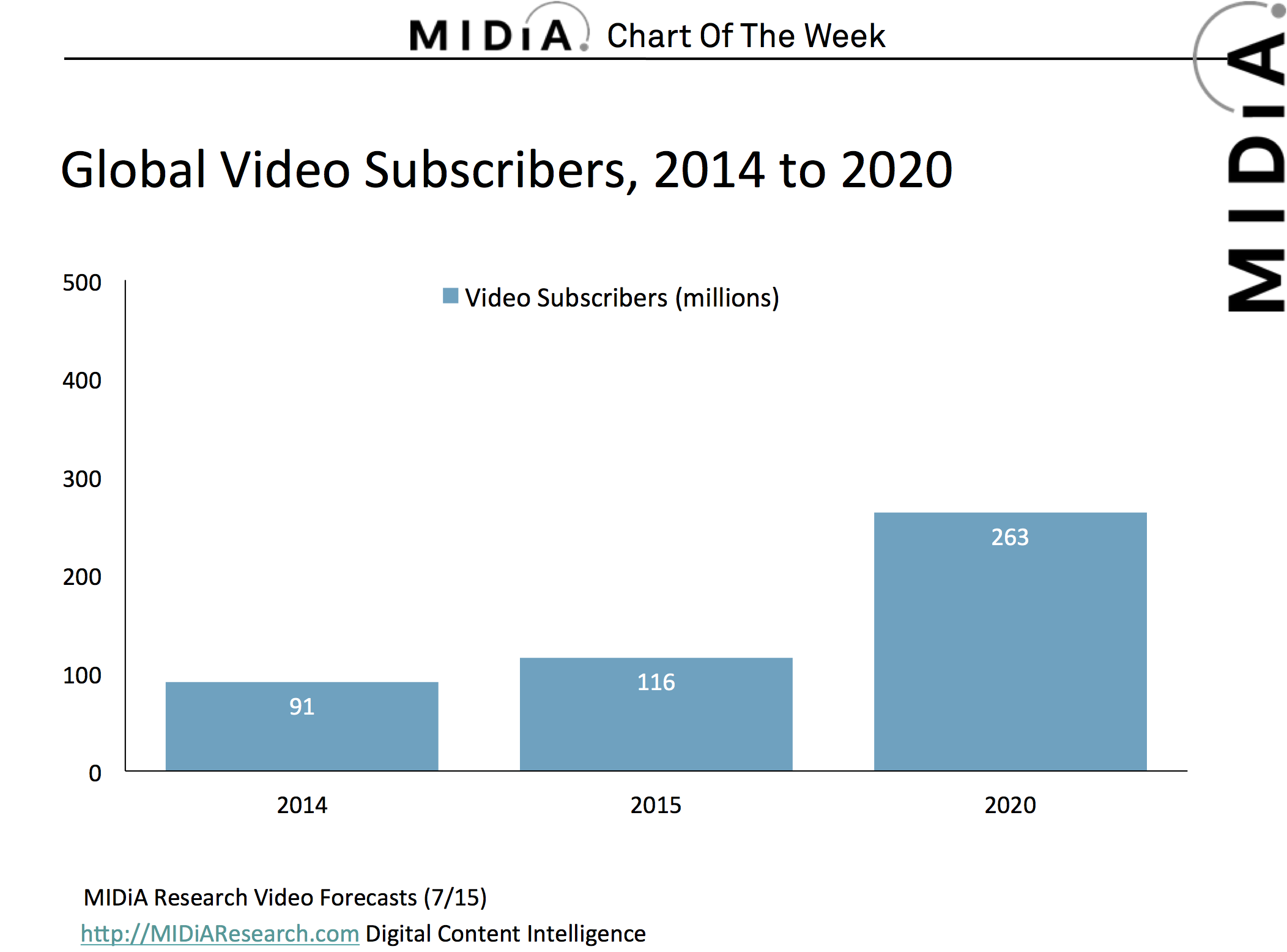 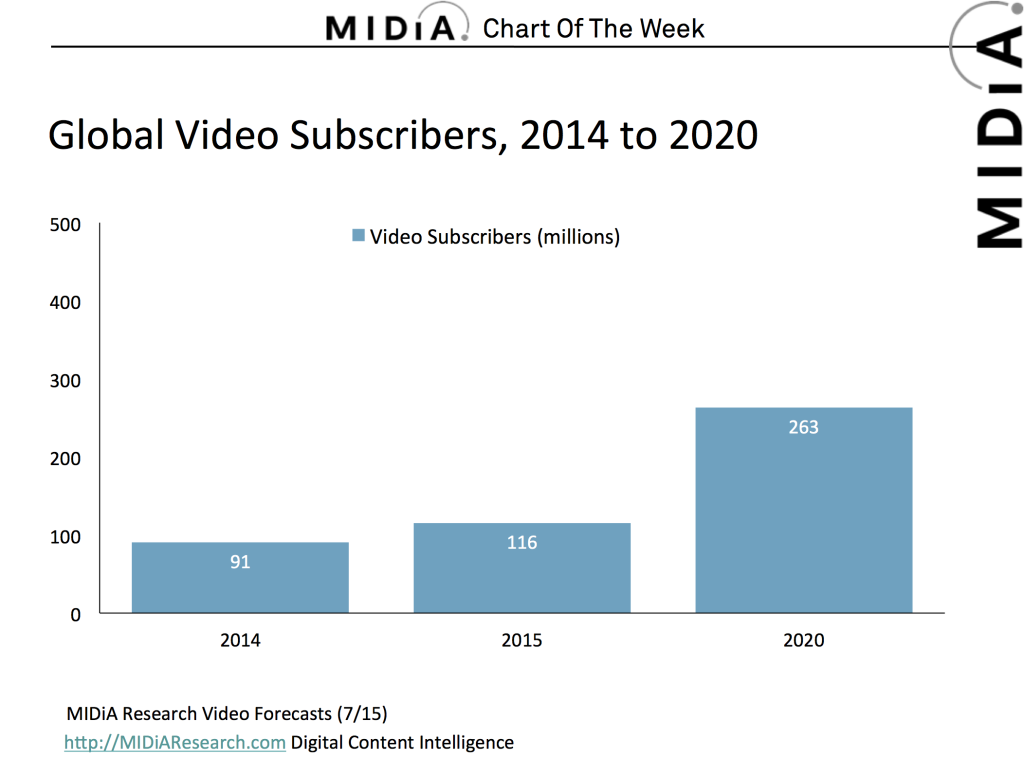 Over the last few years online video subscription services from the likes of Netflix, Amazon and Hulu have kick started a revolution in premium video that is threatening to disrupt the traditional TV business to the core.  These SVOD (Subscription Video On Demand) services have been a key driver for the emerging trends of cord cutters (consumers that have stopped their pay TV subscriptions) and cord nevers (those who have opted not to get one in the first place).  Just as with trying to attribute how much responsibility lay with online piracy for music industry decline, so the relationship between SVOD and pay-TV falls is a complex and interrelated one.

What is clear though is that SVOD is achieving genuine scale with more than twice as many paid subscribers in 2014 as there were music subscribers.  By 2020 there will by over a quarter of a billion SVOD subscribers globally.  Though the majority of pay TV market subscribers will still be via traditional providers the definition of a 'traditional pay TV' offering will have changed markedly in response to the SVOD threat.