Japan Should Look to China for Future Streaming Growth 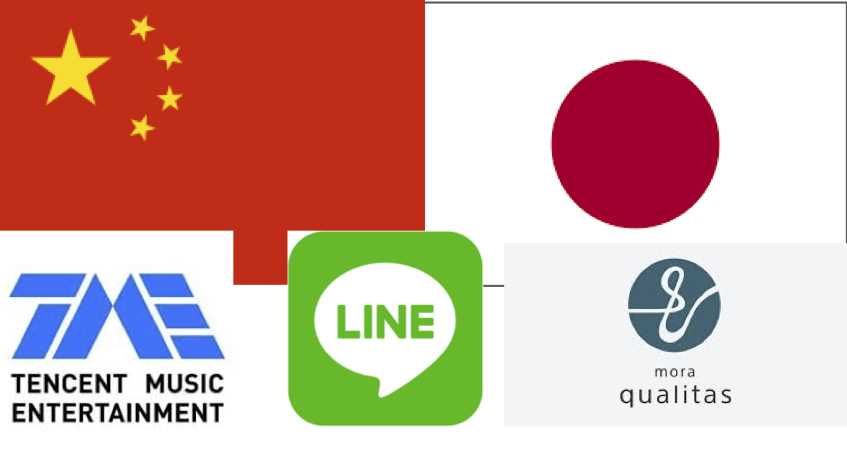 Japan is the world’s second largest recorded music market and accounts for 14% of the global total. However, Japan is not following the wider market path of surging streaming revenues driving overall market growth. Instead, Japanese recorded music revenues fell by 3.3% in 2018 — in US dollars terms, in Yen terms it fell by 1.8%. Japan’s fate matters because its revenues are so big, a slowdown impacts the global market in a big way. On the plus side, streaming is growing solidly in Japan, up 30% in 2018, which puts it on a par with US for growth, but the US is a much more mature streaming market with growth beginning to slow. Japan is at an earlier stage of streaming growth (physical still accounted for 69% of all revenues in 2018) so should be growing much faster than it is. Instead it only added $71 million of net new revenues in 2018, which represented just 3% of the global total of net new streaming revenues. Considering streaming services have long been established in Japan and the wide gamut of services available, just what is going on with streaming in Japan?

One of the major drivers of the Japanese recorded music market in recent years has been pop CD sales. While it might sound counterintuitive to have young Japanese fans rushing out to buy CDs rather than stream their favourite J-Pop artists, there are a lot of reasons for them to do so. These include J-Pop artists are releasing multiple editions of the same album with different free gifts, and Idol artists like Nogizaka46 and AKB48 are issuing in CDs voting cards that fans can use to help choose the band membership. Add into the mix ardent fans being able to get handshakes with their favourite artists through vouchers in CDs purchased, and you have the outline of a CD market that has less to do with music sales than it does with monetising fandom. While this is a high valuable asset for the Japanese market, it does not translate well to streaming. This is Japan’s streaming challenge: current streaming services, as in Western markets, monetise consumption not fandom. Over in China though, monetising fandom is exactly what many streaming services do.

Tencent has built a portfolio of music appsthat have fandom culture at their core; whether that be the live streaming, social features and in-app gaming of Kuwo, virtual tipping on KuGuo Live or VIP passes to get access to special virtual gifts in karaoke app Quanmin K Ge (We Sing). In short, Tencent has built a digital music empire that monetises fandom rather than consumption, a logical move in a market where piracy was rampant and had changed consumers’ perceptions of where value lies. And it is not just Chinese music fans that have bought into the Tencent music project: spin off venture Tencent Music Entertainment (TME) is trading above $15 on the NYSE, after opening at $14 late 2018.

The Tencent blueprint can work in Japan too

So, the question is, can the TME model work in Japan? One of the many, many differences between Japan and China’s music markets is that Japan has a long tradition of consumers paying for music, and paying a lot. So it is at a very different starting point to China, but the role of monetising fandom in CD sales means that it is also at a different starting position compared to Western music markets. Expecting a simple Yen-for-Yen transition from physical to digital is not a probable scenario. A unique approach is required that combines elements of the western model and the Chinese model (though of course in Japanese geographical terms, the West is East, and China is West). Japanese messaging app Line is perhaps the best placed to capitalise, having already built a vibrant virtual gifts business and also having a music service with around a million subscribers at the end of 2017. Sony Music Japan recently launched its own service Mora Qualitas,but its focus on quality is targeting a very different segment and a smaller one: MIDiA’s Q3 2018 survey showed that just 12% of Japanese consumers prefer to listen to higher-quality audio, well below the all-country average of 23%.

Japan’s streaming market is going to need to plot a unique path if the transition is to stand any chance of driving total market growth any time soon. But if it does so, the lessons that will be learned could set a blueprint for the next phase of streaming growth in Western markets. Watch this space!