Brexit Implications: How the UK's EU Exit Could Impact Media and Tech 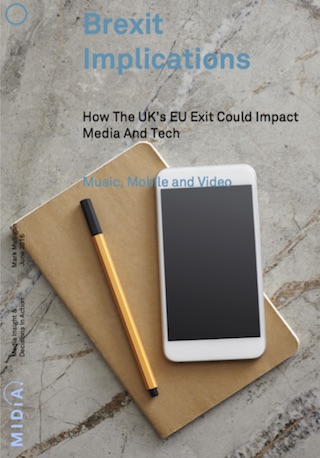 The UK’s vote to leave the European Union sent shockwaves that will continue to reverberate across the globe for years to come. While the potential geopolitical permutations may prove to be era defining, the implications for media and tech companies could also be dramatic. The World Wide Web was just 2 years old when the European Union (EU) was formed and the entire digital marketplace, from smartphones through to streaming services and apps has only ever known Europe as a single market. Though riven with faults, the EU nonetheless represented predictability and stability. Now all of that has been traded for a leap into the unknown that will rewrite the future of media and tech companies in the UK and beyond.

This report was jointly authored by Mark Mulligan, Tim Mulligan, Karol Severin and Zach Fuller. It is available to all MIDiA Research subscription clients and can be accessed here.

If you are not a MIDiA client you can purchase the individual report from our report store here.