Why Snap Inc. Is Launching A Games Platform 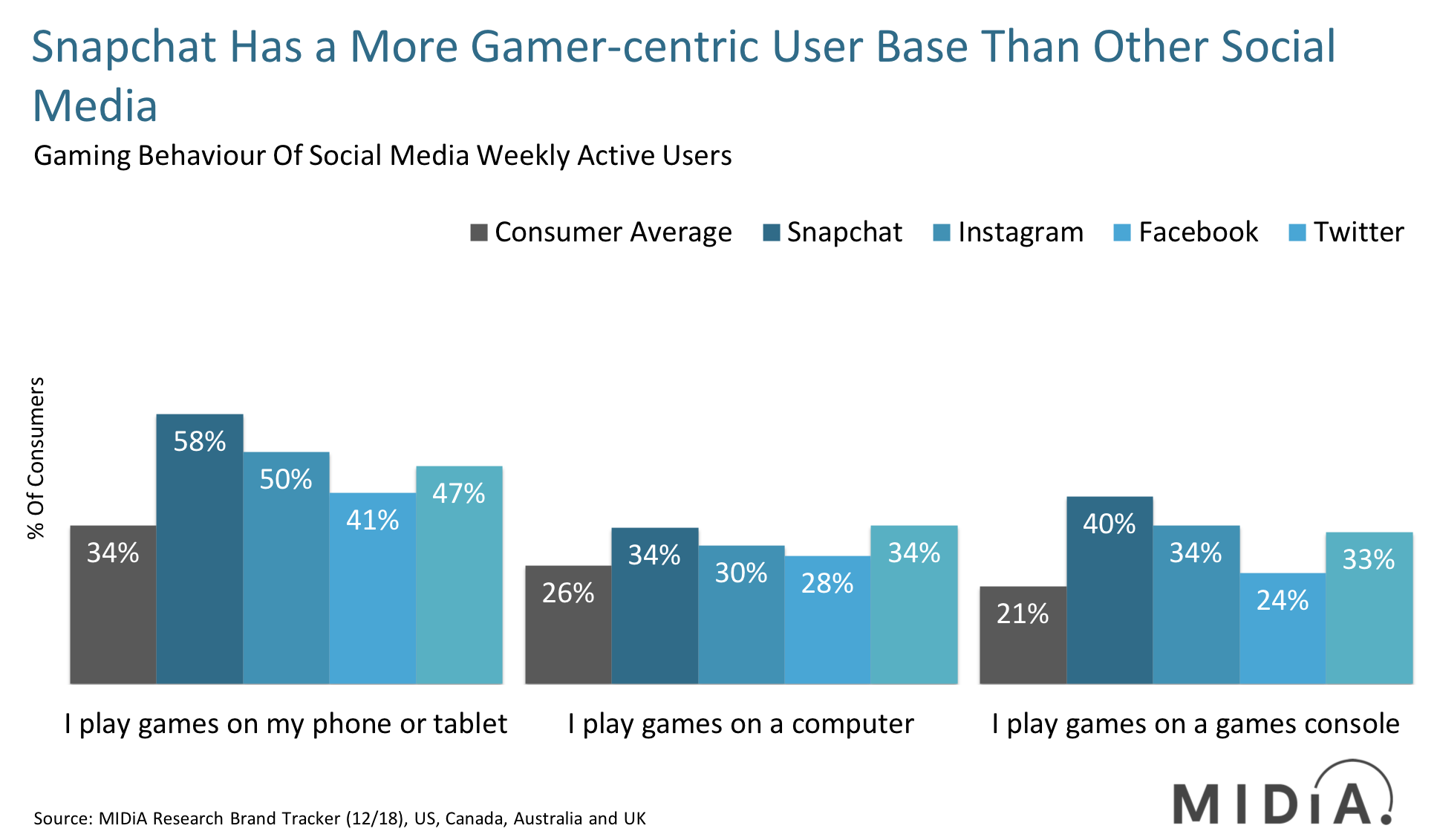 Snapchat will announce a gaming platform for developers in the upcoming days, according to Cheddar. The hope is to boost engagement as well as revenue growth.

Snapchat is still trying to pave its path towards profitability. It has been struggling with engagement, having lost daily active users in both Q2 and Q3 2018 and remaining flat at 186 million in Q4 2018. A well-executed foray into gaming could help Snap Inc. significantly in terms of engagement as well as revenue.

If Snapchat is to find an engagement booster across its user base, it is well positioned to do so with gaming. Snapchat’s weekly active users over-index for gaming on all platforms compared to rivals Instagram, Facebook and Twitter:

Snap recognizes that in the peaking attention economy gaming has become an important space to own in order to maintain (and grow) engagement. While Snap’s gaming proposition is unlikely to draw new users to the social media platform, it absolutely has the potential to get more from existing Snap users, both in terms of time and money spent. If executed well, we expect engagement to grow along with ARPU and potentially daily active users, with the latter capped by the number of existing accounts as Snap’s gaming propositions are less likely to entice non-Snapchat users to create new accounts.