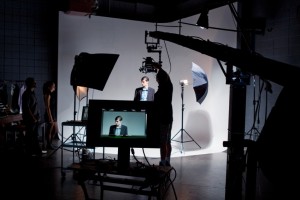 The BBC’s decision not to renew the contract of the ever-controversial Top Gear presenter Jeremy Clarkson has generated far more than its fair share of media attention. It has even triggered responses from celebrity fans across the globe. Top Gear is one of the BBC’s dominant global brands but it is also a brand that is heavily personality led. Thus the BBC found itself in the no-perfect-outcome predicament of having to do the right thing regarding Clarkson’s behaviour but potentially deal a near-fatal blow to one its flagship international shows. There remains every chance that Top Gear will eventually come out the other side of this chapter as strong a brand as it was, after all Top Gear existed long before Clarkson. But the unique set of circumstance creates an intriguing possibility: that Netflix or Amazon will swoop in to extract the core Top Gear team to create an on-demand only successor show.

Should this happen there is a precedent: back in 2002 after Top Gear was cancelled by the BBC, much of the show’s then-core talent jumped ship to commercial broadcaster Channel 5 to create the Top Gear clone 5th Gear. The difference is with that move is that it was largely a small domestic spat between largely analogue UK TV broadcasters. This time round a UK brand (or at least a permutation of it) with global reach could find itself translated onto a global, entirely digital platform and in turn become a new chapter in the rapidly evolving story of TV disruption.

Subscription Video On Demand (SVOD) services like Netflix and Amazon’s are sending a succession of disruption shockwaves across the global TV marketplace, from competing for shows through to driving cord cutting among Pay TV subscribers. Both Netflix and Amazon are armed with original content budgets that are measured in the billions of dollars – they are now serious, top table players. More so because they can afford to be much more targeted than traditional broadcasters in how they spend that money. Whereas as traditional cable company has to worry about filling entire programming schedules of a vast selection of channels, SVOD companies have no schedules at all. So they can afford to be highly selective about what they want to commission and then pay over the odds to get it. As one Amazon exec put it “I don’t want shows that 80% of my audience quite like, I want shows that 30% of my audience love.”

Paying Over The Odds

Which is where Jeremy Clarkson comes in. This is a chance for one of the two SVOD challengers to spend big to get major bragging rights, and a show that will give them both mindshare and audience. Should either of them be able to ‘do a Channel 5’ and acquire the complete creative team of Clarkson, co-stars James May and Richard Hammond and executive producer Andrew Wilman, they will have a major, albeit expensive, asset at their disposal.

And in all probability they would have to pay significantly over the odds because for all of Netflix’s 60 odd million subscribers SVOD services are a long, long way from the mainstream yet. So much like an aging world class footballer looking for one last pay cheque playing for a Qatari league team, Clarkson and co would have to be convinced that the commercial benefits of going niche were strong enough to offset the loss of global reach the BBC gave them. Whereas Top Gear will likely reinvent itself after a few years without Clarkson, it is much less likely that Clarkson’s brand will be as robust after a few years hidden behind the online pay walls of an SVOD service.

This is a big opportunity for Netlfix or Amazon to place another bold stake in the ground but it will say more about the future of the SVOD marketplace than it will that of Jeremy Clarkson.