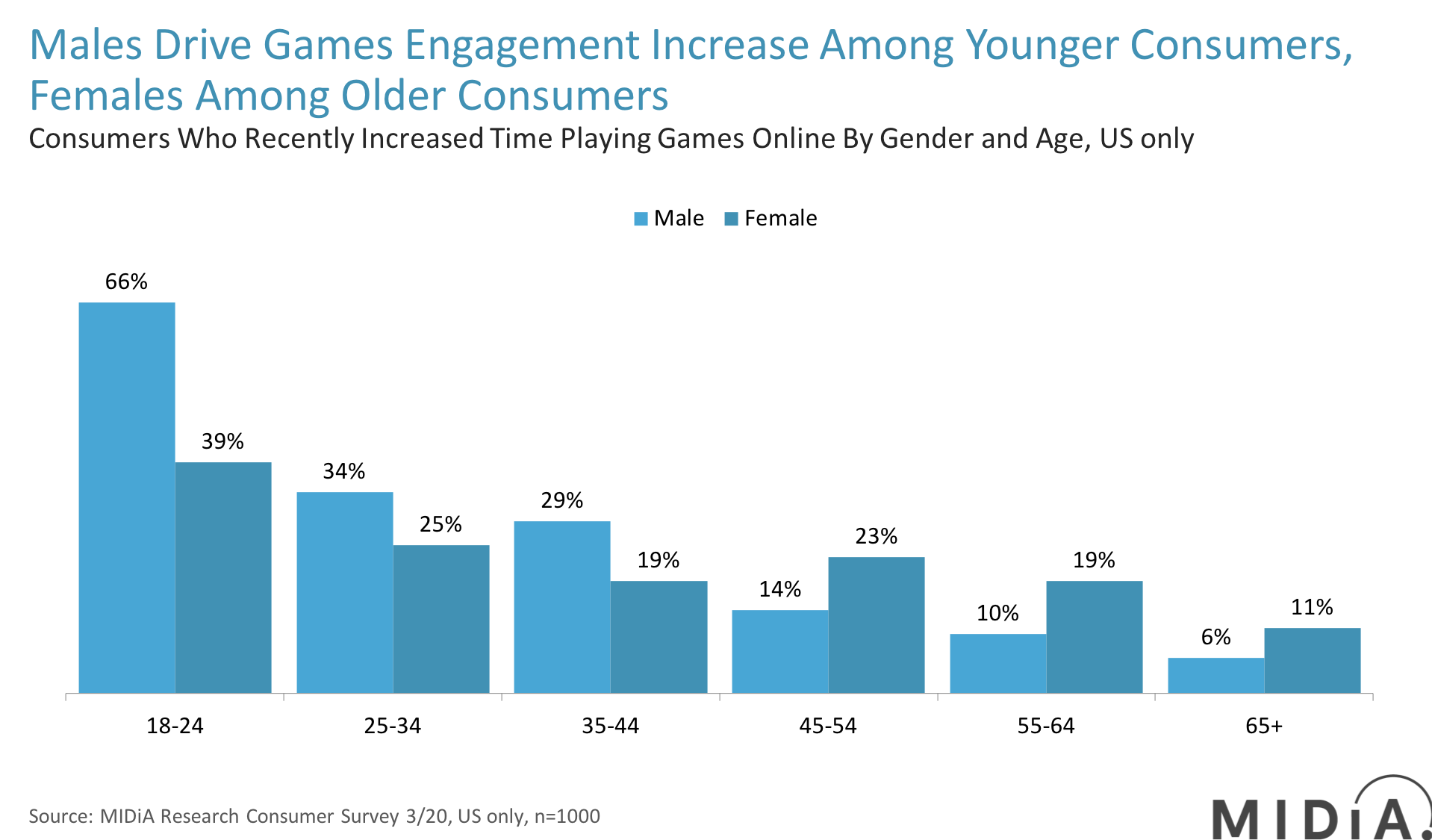 We know that we are experiencing a spike in games engagement during this crisis. 21% of adult consumers in the US say they’ve spent more time playing games online ‘in the last two weeks’ (fielded in the 3rd week of March) .

In the younger groups (18-24, 25-34 and 35-44), the penetration of consumers who have increased their gaming time skews heavily male. However, for consumers aged 45 or more, it is the exact opposite with females leading the increase in games engagement.

If you’d like to explore cross-entertainment opportunities for your particular case, don’t hesitate to drop us a line.