The Age of the Creators 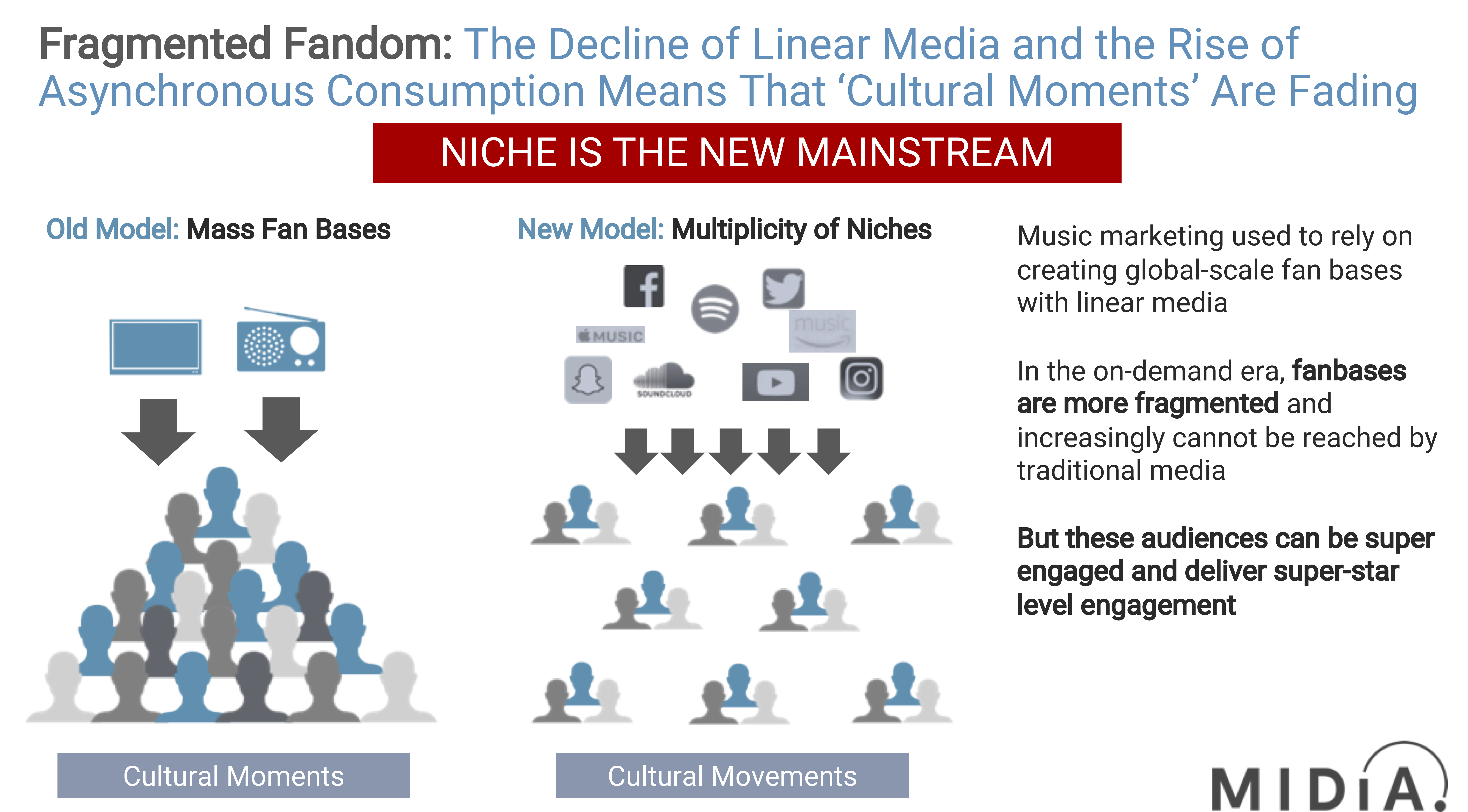 For the meek shall inherit the earth…

Since early 2019, MIDiA has been publishing findings that we are moving progressively into a market dynamic in which creators are being empowered by technology to have greater direct control of their output, from conception to completion to monetisation.

The data primarily focuses on the music industry, with the market share of independent artists progressively growing at the expense of labels. Further, label service deals are overtaking full signings as artists grow to have more reasonable expectations of success and have greater access to tools which enable their craft to be accomplished entirely from home, within their independent means. This has removed the need for label advances, equipment and mass marketing budgets, forcing the major labels to adapt their strategies to the new normal of streaming and ushering in – as MIDiA’s MD Mark Mulligan has called it – the ‘Age of the Artist’.

However, the implications of this trend stretch beyond the isolated vertical of the music industry – and tie into a wider entertainment market shift towards empowered creators, particularly in gaming and video. If the 1990’s was the age of analogue, the 2000’s was the age of piracy, and the 2010’s became the age of streaming – which media companies are still grappling with, as in the D2C Big Bang moment continuing with the outset of tech major streaming services all competitively hitting the market this year – then the 2020’s will be the age of the creator.

Streaming-enabled global niches have altered the content production strategies of platforms. Hugely successful examples of this have been Netflix’s The Witcher and Stranger Things, neither of which would have been produced in the linear era and both of which were tailor-made for niche audiences. Moreover, because of these niches, the show makers were enabled to stay true to the story bases of their respective franchises rather than ameliorating the production to appeal to the traditional four-quadrant market segments of the linear era.

Similarly, games franchises are seeing a rocketing of consumer engagement and have grown off of niche fandom bases from the get-go rather than traditional mainstream appeal. EA games, for instance, has by itself low consumer recognition and sentiment but is the owner of highly-engaged titles such as Apex Legends and FIFA. The trend is, however, more pervasive, with gamers engaging across streams on platforms such as Twitch, and games creators typically building and developing the titles themselves and growing followings before being acquired by larger corporations which then commercialise and develop them further.

From showrunners now being able to get the greenlight from Netflix to instant on-platform publication, to games creators shooting from small basement productions to being published alongside mega-hit titles upon acquisition, to music artists being able to self-publish and market themselves to modest sustainability – the rise of the global niche as a target audience has enabled the empowerment of creators to stay true to their creative visions in a way never before possible, while reaching those who truly value their propositions at a global scale and attaining viable levels of profitability. Move over, content publishers – we are entering the Age of the Creators.