Back in 2009, when I was at Forrester Research, I laid out the vision for the future of the album, an interactive artist subscription app that contained audio, video, exclusive content, social, lyrics, live streaming and more. In some ways I was way ahead of my time in other ways I was firmly rooted in my time, seeking out the replacement to a product format that in these streaming dominated days looks to be on borrowed time. Yet there is actually more need than ever now for a proposition that creates a new breed of long form artist-fan interactions.

The ‘interactions’ part of that phrase is crucial, as it will not always necessarily be long form content that creates long form engagement, but instead collections of features and content types that give users reasons to lean forward and engage. (Although do also expect more, pure long form video experiences too, such as the Tidal/HBO ‘Lemonade’ documentary and Apple Music’s 'The 1989 World Tour LIVE' videos). I revisited artist subscriptions as a $1 a month streaming service bolt-on in 2013, and again as an app experience in 2015. The unifying concept is that it does not really matter what technology houses artist subscriptions, the case nonetheless remains. Never more so than now, when artists are desperately in need of new income streams to make up for the shortfall in sales created by the streaming transition. 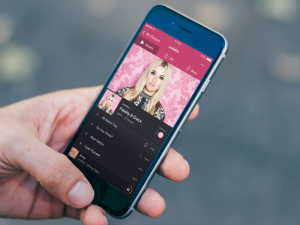 A number of innovative starts have emerged to meet this space including pacesetter Disciple Media, GigRev, Lionshare Media and of course Björk’s ‘Biophilia’. This week a new entrant raised its head, SupaPass. Whereas most other artist app companies build individual apps for artists, SupaPass aims to become an all-in-one destination where fans pay £1 a month for each artist they want to subscribe too. The startup’s other key differentiation point is that it is positioning itself as ‘Fair Trade’, providing up to 100% net revenues back to artists. Users get music and video on demand, social content and exclusive content in a ‘VIP’ area.

The Case For Artist Subscriptions Is Stronger Than Ever

We’ll be writing a report on artist subscriptions later in the summer. If you are a start up building artist apps we’d love to hear from you info AT midiaresearch DOT COM.

Mark Mulligan
11 Jul 2016
I think you got a big confused there: you state it is factually not true that streaming services do not deepen engagement. So by that you are in fact stating they do deepen engagement. Which makes the rest of your comment argue in direct opposition to that viewpoint. Could you please clarify what your point actually is so that we can better discuss it.
Bill Townsend
9 Jul 2016
Streaming services, as they exist today, do not deepen engagement and tap into fan sentiment, this is factually not true. All streaming services do is use music as a carrot to sell advertising and build their subscription (free or otherwise) base. Music is just the opiate. The artist is merely a vehicle, and is the least compensated. In order for streaming to be valuable there has to be a way to report to the artist how many times their creation was streamed, on what service, by who and from where. Check out our website davidwoodjazzbo.com and if you enjoy what you hear, please share.
No thanks