Sirius XM Acquires Pandora: Greater Than The Sum Of Their Parts? 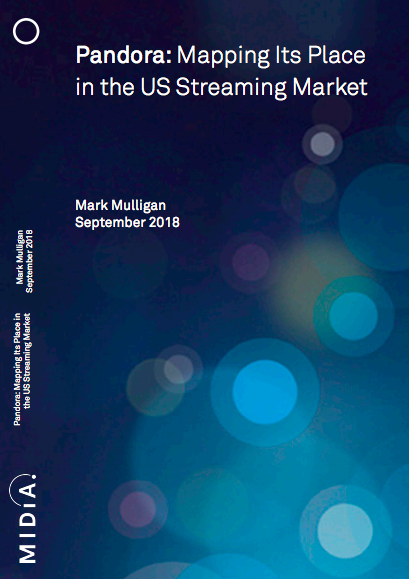 In the latest example of media acquisitions, though one less likely to flood the headlines as Comcast’s purchase of Sky, Sirius XM has announced it will be purchasing streaming service Pandora for $3.5 billion. The deal, which is all-stock and merges SiriusXM’s base of over 36 million subscribers across North America and 23 million+ annual trial listeners and Pandora’s 70 million monthly active users. However, questions will be raised regarding the fact that Pandora is still loss-making, registered revenues in Q2 2018 of $384.8 million against a quarterly net loss of $92.0 million. A fair question, but one that ignores the unique properties that Pandora brings to Sirius XM and how it compliments its existing userbase.

Pandora is still a streaming heavyweight

Both Pandora and Sirius XM’s userbases are older and wealthier than Spotify in the US. Pandora’s ad revenue per MAU was $3.80 in Q2 2018, up 3.7% YoY. In a market that over-indexes in ad-supported streaming revenue, Sirius XM’s decision therefore appears a shrewd manoeuvre, as it facilitates the lucrative radio audience that Sirius XM has built a walled garden round a path to streaming without shifting away from what they already know. Also, as MIDiA’s quarterly tracker data shows, the two audiences have relatively small overlap, which means that SiriusXM, if it can execute, has the ability to create a combined entity that is genuinely additive in scope.

The power of inertia

Inertia and habit are powerful forces when it comes to tech adoption and Sirius XM clearly recognises this, with the move effectively building a moat around its audience that Spotify and Apple Music will find it increasingly difficult to tempt away. While on its own Pandora was vulnerable, as a complimentary service in the Sirius XM portfolio, it provides sufficient value, a point clearly recognised by the US satellite radio company and Pandora’s owners Liberty Media.

Pandora’s valuation also stems from its longevity in an increasingly competitive market (10 million active users before Spotify had even gone into public beta) and its ability to co-exist with other services:

With Spotify having greater designs on the US ad market now that its subscription business growth is likely to slow in Europe, Sirius XM’s dominance both in the car radio market mean’s its combination with Pandora has an opportunity to create a bulwark against its streaming competitors a weather the current streaming competition to position itself as the long-term successor to radio. In any case, the whole may prove greater than the sum of its parts. Given radio is a quietly lucrative market (though not as glamorous, it is larger in revenue than the global recorded music market), this deal may prove a masterstroke in defensively hedging against media disruption.

Earlier this month MIDiA published a research note on Pandora and it’s outlook. MIDiA clients can view the report by following this link. If you are not a MIDiA client and would like to learn how to get access to this report please email arevinth@midiaresearch.com.