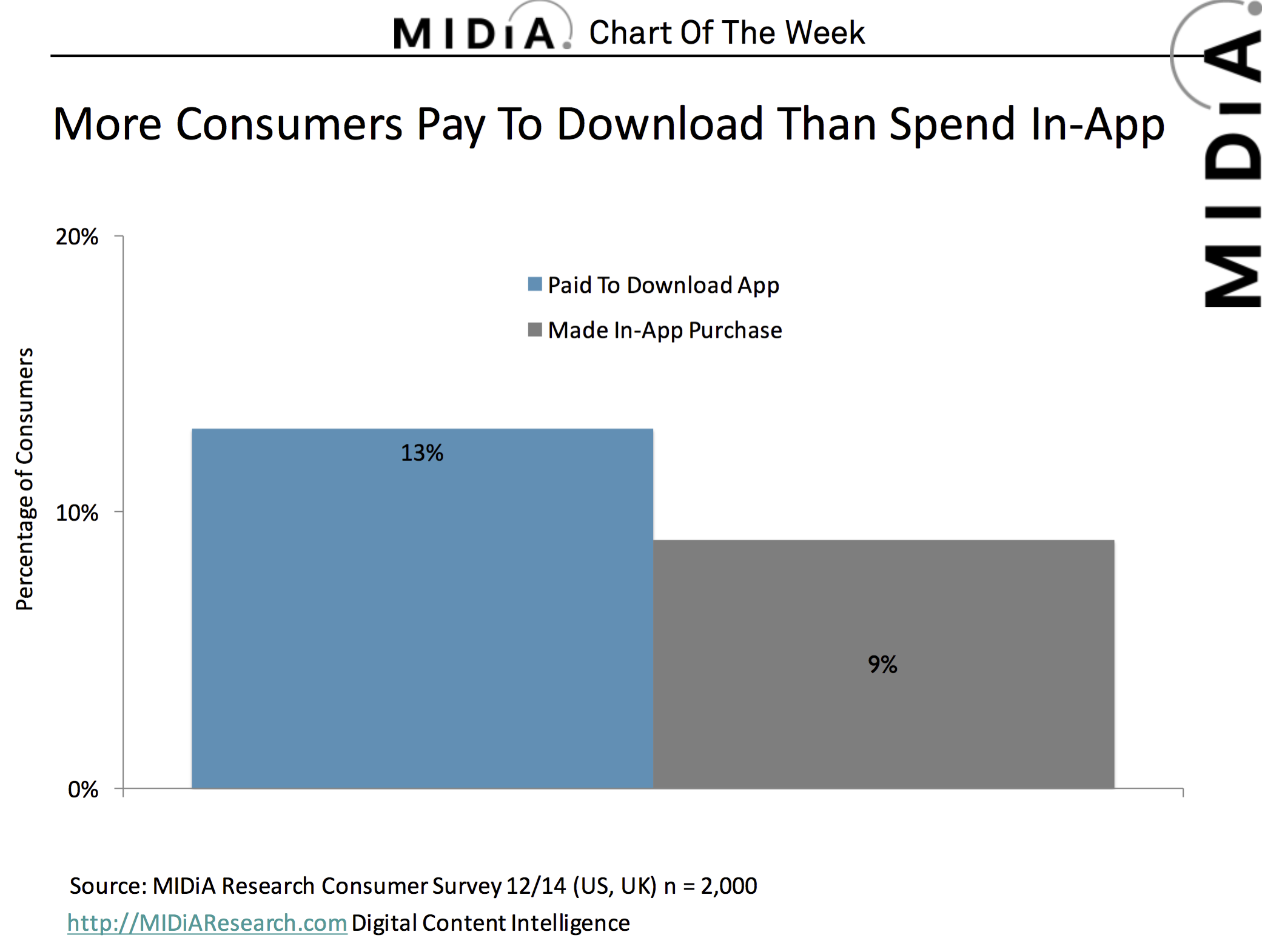 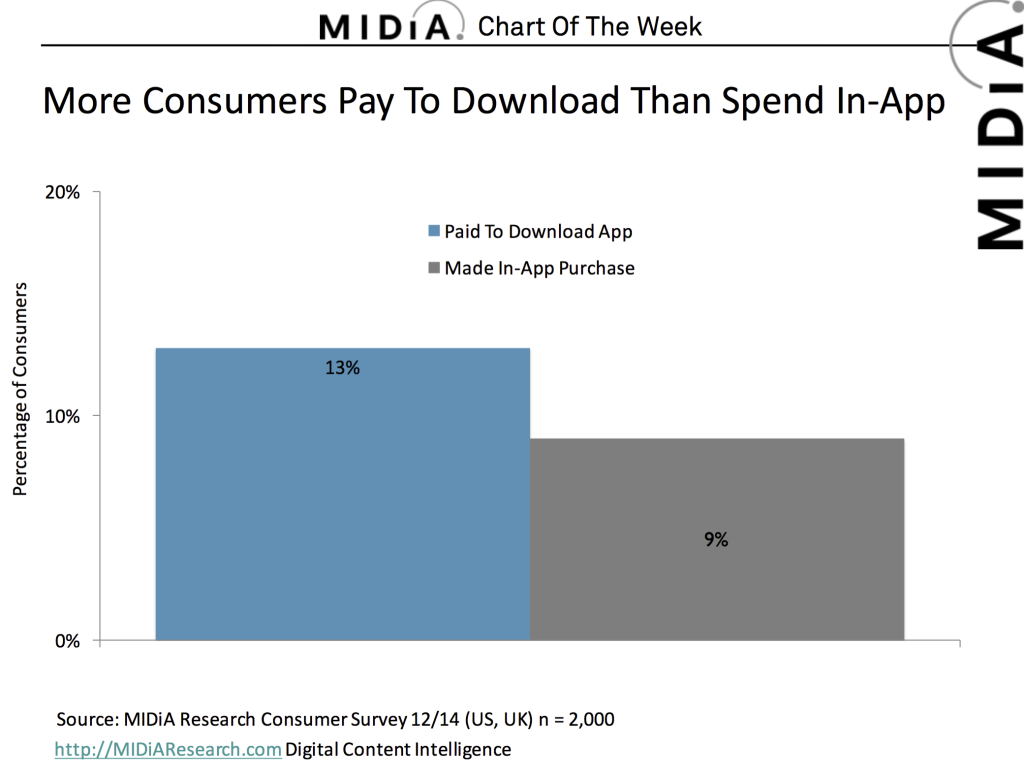 78% of mobile app revenue is concentrated in 26% of app buyers with the majority of that revenue driven by in-app purchases. These ‘whales’ are the beating heart of the mobile app economy but their small number means that they make precarious foundations for the market. In a similar manner to the music industry, a large part of total revenue is driven by a small number of super-fans, while the vast majority of mainstream consumers remain free users: