MIDiA Chart Of The Week 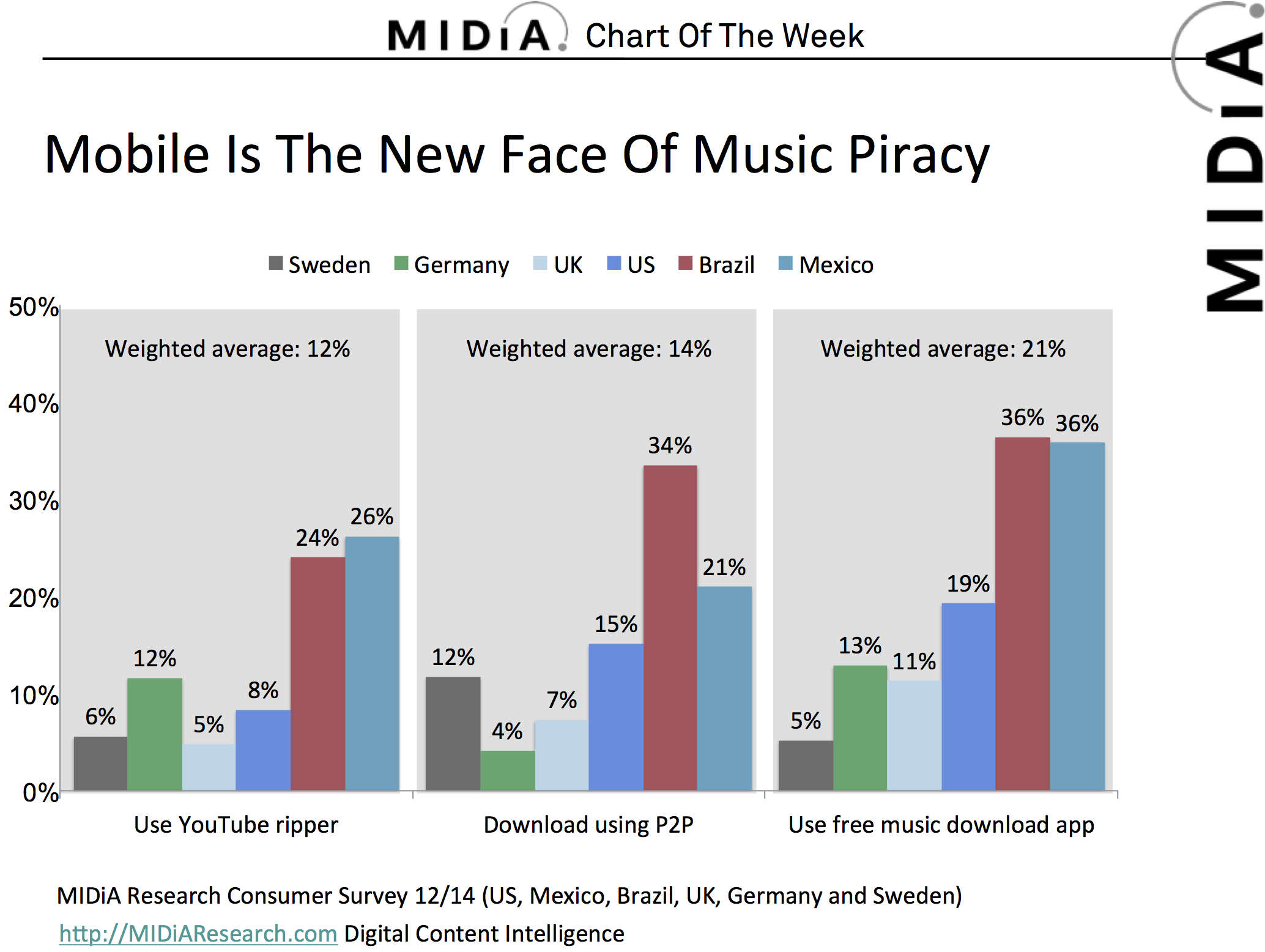 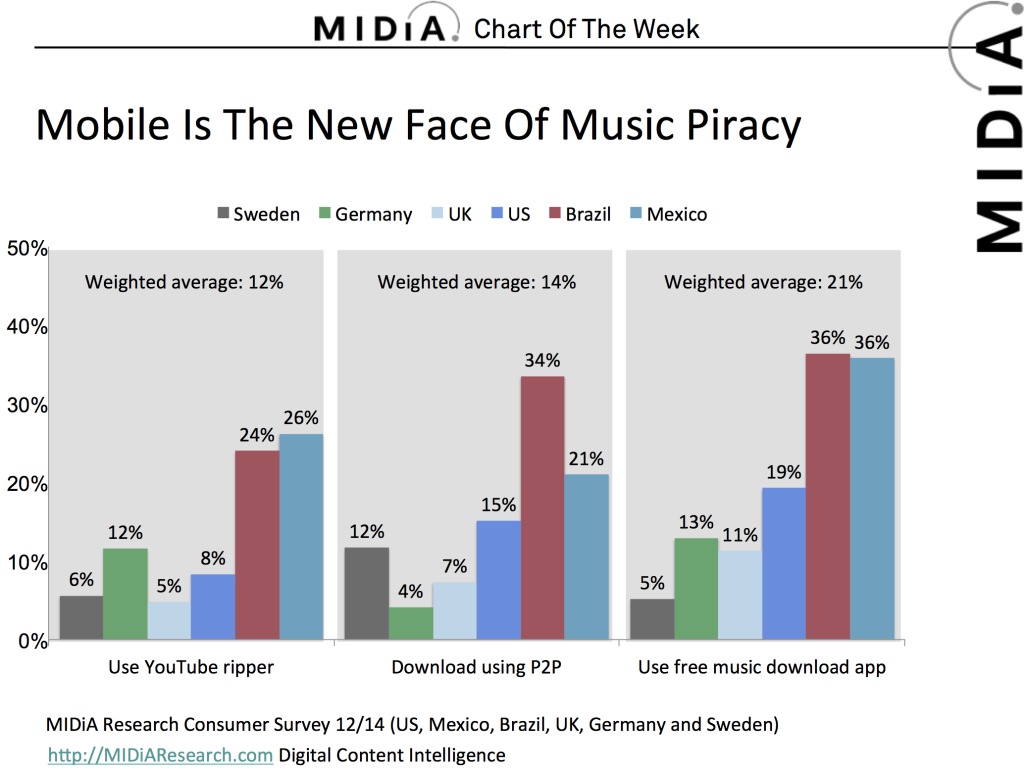 Piracy used to be the dominant narrative of the music industry in the digital era with companies like Napster and Kazaa becoming the cartoon villains.  Many industry execs now pride themselves on having pushed piracy to the margins through a combination of enforcement, policing, industry lobbying and legislation.  In truth though it is P2P that has shifted to the margins, not piracy.

P2P was the technology of the early days of the web, defined by an era of slow internet speeds and the ownership economy. Now in the streaming era digital youth no longer need to hoard vast catalogues of downloaded music on their hard drives - after all, all the music in the world is available at the swipe of a finger on YouTube.

Instead they want quick and convenient ways of getting snack sized chunks of music to take with them on their phones.  Playlists for the week, not entire back catalogues for life.  Enter stage left a new generation of piracy in the form of YouTube rippers and Free Music Downloader apps.  What makes this next generation of music piracy so critical is that these apps are readily available from the Apple and Google App Stores.  They have a veneer of legitimacy that P2P could never have claimed to have.

The net result is that mobile music piracy is now more widespread than P2P ever was.  Welcome to the new face of music piracy.