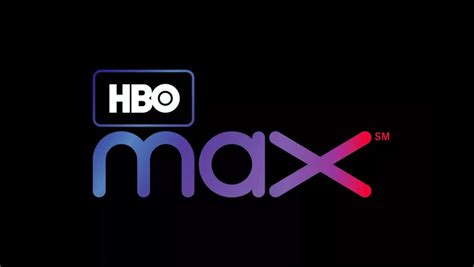 On Tuesday, AT&T subsidiary Warner Media announced the launch date for its forthcoming D2C streaming video service HBO Max. On May 27th HBO Max will launch into a world radically different from the one envisaged at the HBO Max debut event held in October 2019. As MIDiA Research explored in its COVID-19 Impact on Entertainment Webinar,  the entertainment landscape has fundamentally altered in the past month. Robert Greenblatt, chairman of Warner Media Entertainment and Direct-To-Consumer this acknowledged in a recent HBO press release, referencing launching during the current pandemic and pointing to the breadth and depth of content to support the HBO Max goal of “having extraordinary content for everyone in the family”.

Can What Worked for Disney Work For HBO Max?

HBO Max is the third of the D2C big four coming to market over the 2019-2020 period, with Apple TV+ and Disney+ launching last November, and Peacock’s full launch scheduled for July 15th. While Apple TV+ launched in 100+ markets on November 1st, Disney+ launched only in the US, Canada and the Netherlands on November 12th, and in then Australia and New Zealand a few days later.

In March and early April 2020 Disney+ rolled out is global launch to include lockdown imposed Western Europe. A few weeks after Disney+ announced it had passed 50 million global D2C subscribers four years ahead of its April 2019 prediction to investors, that it would pass the 60–90 million subscriber target by 2024. With AT&T targeting 75 to 90 million HBO Max subscribers by 2025, of whom 50 million will come from the US, Disney+’s COVID-19 subscriber bump (25 million+ subscribers added in Q1)  will be seen as eminently replicable for HBO Max.

In Warner Media’s favour is the current surge in TV and video consumption with US video viewing streaming up 24% in March (source: MIDIA Research COVID-19 Impact Snapshot consumer survey). This tied in with the mainstreaming of video streaming subscriptions in the US in Q4 2019 has paved the way for a healthy appetite to explore new D2C services. Add to this the 10 million current HBO subscribers (across AT&T TV and HBO Now) who will have access as part of their existing subscriptions and initial engagement will inevitably be in the tens of millions.

The inclusion of the word “family” in Tuesday’s press release is a clear strategic name check of what has been at the core of the Disney+ go-to-market strategy; creating a video-service which can compete for the family entertainment budget. The announcement was heavy on the kids, teen, couple-centric and factual viewing options which will be available from day one as “Max Originals”. Also prominent was the 10,000 hours of programming available from the vast content libraries of HBO, Warner Bros, and Turner – an asset that is currently best in market and spans decades of premium programming and film-making.

The challenge for Warner Media is to convince households that the breadth and depth of its content offering carries equal weight to the brand equity which the name Disney trades on with families considering where to spend their finite entertainment budgets.