Chart Of The Week: Video P2P 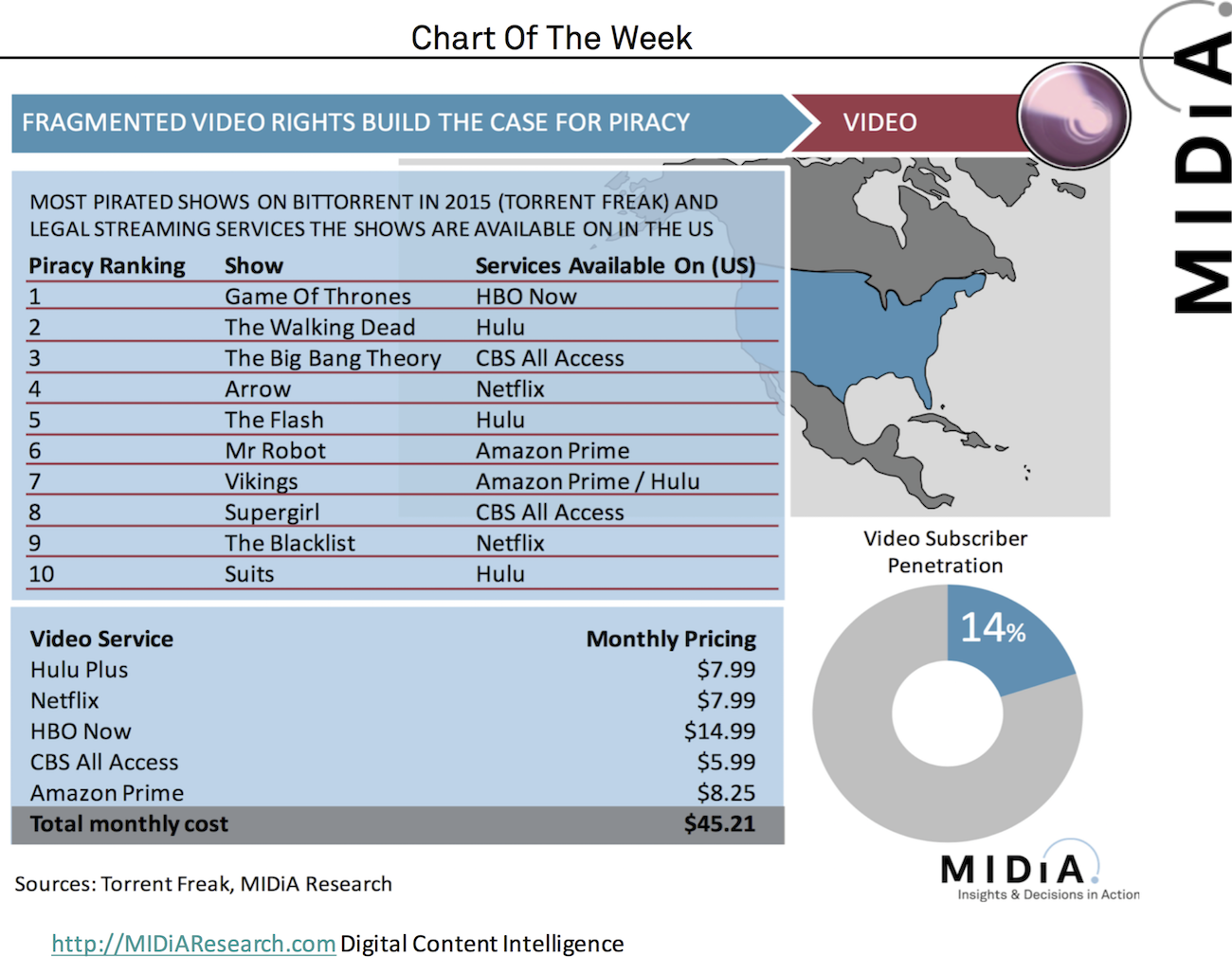 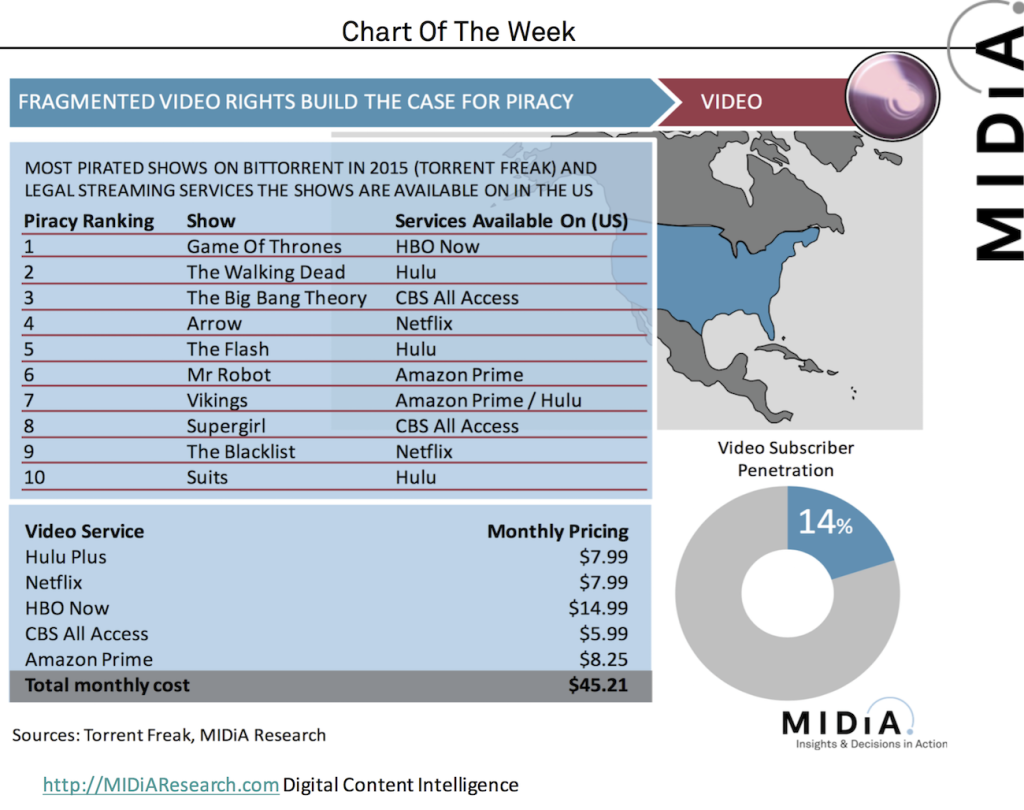 It has long been well understood that what is popular on TV is popular on P2P. The list of the top 10 most downloaded TV shows in 2015 thus holds few surprises. All of these shows are either available to stream online via SVOD services. The only catch is that no one service has them all.

The great consumer proposition for streaming services like Netflix, Hulu and Amazon Prime was that they would enable audiences to do away with their excessively expensive, bloated cable TV subscriptions and instead pay less for just the content they wanted. A $7.99 Netflix subscription is certainly a lot cheaper than a $100 cable subscription. But Netflix only gives you one small slice of the TV show world. You need multiple other video subscriptions to get most of the other big TV shows and that’s before you even start thinking about sports (which incidentally is the biggest part of the cost of pay-TV).

The bright promise of cord cutting has lost some of its shine. Sure, traditional pay-TV subscriptions are declining still, but cord cutters are finding their video viewing fragmented across an ever larger number of paid services. The situation is illustrated painfully well by the availability of those 10 most pirated TV shows on legal streaming services in the US. To watch each of those shows a consumer would have to subscribe to five different streaming services for a combined monthly fee of $45.21.

This is exactly the sort of scenario that breeds demand for piracy and threatens to undo all the progress TV companies made in nipping piracy demand in the bud. It is really simple: make it too complex and expensive to get TV shows online and piracy will prosper.