CBS Launches International SVOD Foray with All Access in Canada 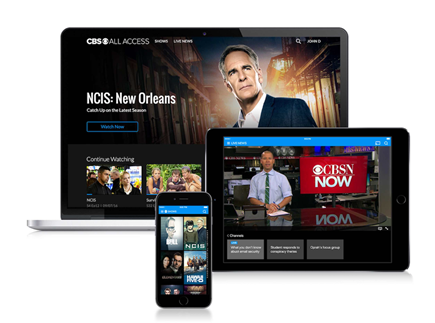 The Canadian offering is notably different from the US one in that US subscribers can choose between either an ad-supported or a commercial-free tier at $5.99 or $9.99 per month respectively, while Canadian viewers will only have a commercial-free option available. Another notable difference is that some of the current CBS series are restricted or even entirely absent on CBS All Access Canada, due to existing international licensing commitments. For example, the Canadian service features only the first season of The Good Fight and it is not able to offer any seasons of Star Trek: Discovery because the Canadian rights have been acquired by Bell Media for its existing SVOD service competitor CraveTV.

CBS shows over perform compared to other networks and SVOD originals In the heated sales promotions around scripted drama originals, it is easy to buy into the narrative that the edgy scripted dramas used by major pay-TV networks and SVOD services are the most popular. However, as the above chart demonstrates, audiences are surprisingly traditional in their preferences. MIDiA Research brand tracker data for the US, Canada, UK and Australia reveals that CBS shows The Big Bang Theory and NCIS outperform the more widely publicised media favourites such as HBO’s Game of Thrones, Netflix’s Narcos, and Amazon’s The Man in The High Castle. Indeed, The Big Bang Theory and NCIS are currently the two most popular shows tracked by the MIDiA Research brand tracker.

CBS through its All Access service has the opportunity to move into the unclaimed SVOD territory around the mainstream consumer, and gain market share by delivering mainstream content on a global scale. The challenge for CBS is how it will achieve this while still beholden to increasingly antiquated territorial licensing deals that restrict its ability compete on an even footing with the global behemoths of Netflix and Amazon. If it can resolve this challenge, then it truly has the ability to become an international SVOD player.