A High Tide Rises All Streaming Boats, For Now… 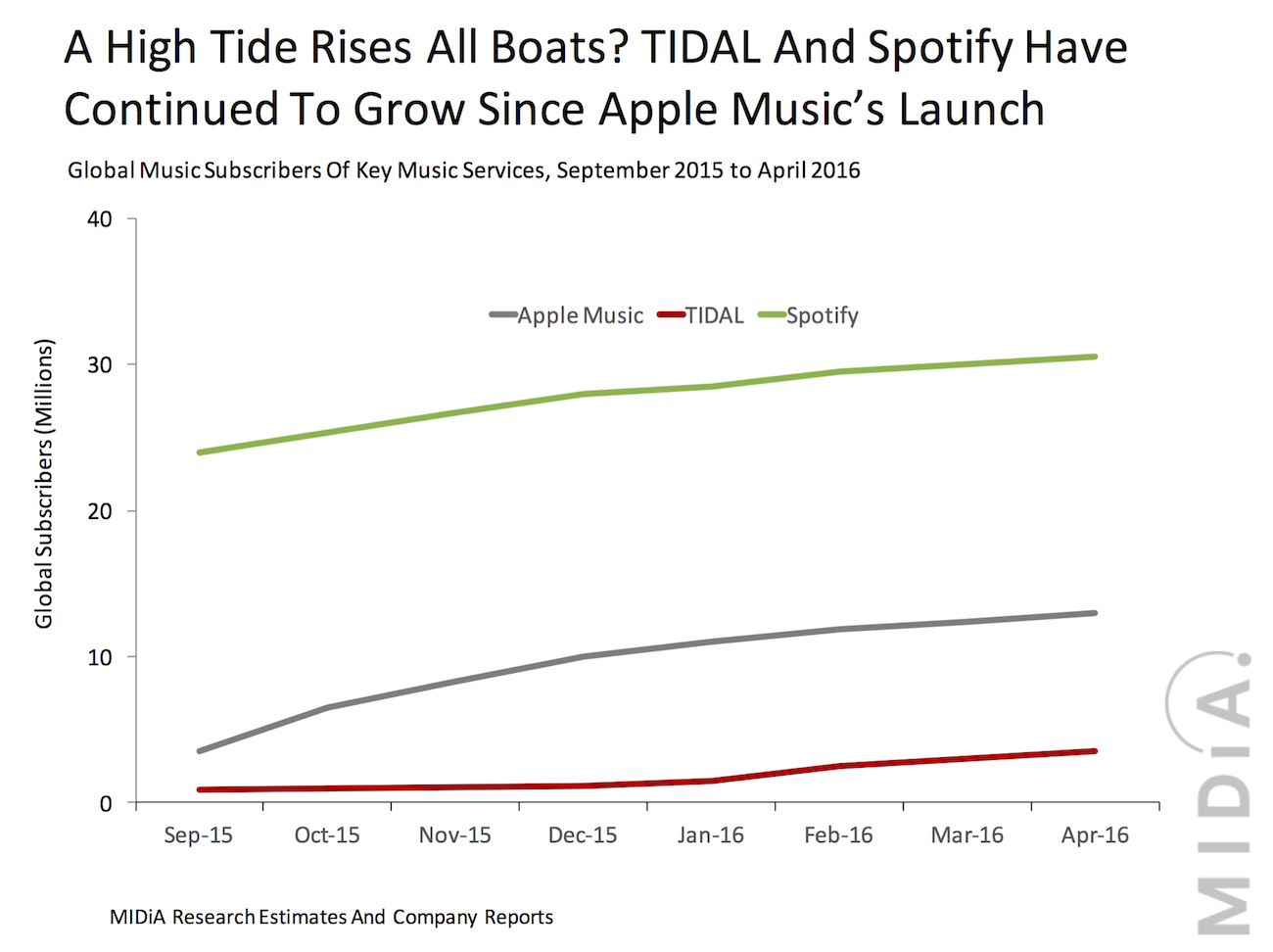 Against the backdrop of the first quarterly drop in revenue in 13 years and a sharp decline in China revenue, Apple Music at least had some good news in the shape of continued solid growth for Apple Music, hitting 13 million subscribers. Apple’s growth takes on different perspective depending on the context it is presented in. In terms of growth at this relatively early stage in the life of the service Apple is performing much more strongly than its peers, with its unique platform advantage delivering clear benefits. But set against the current growth of its key competitors Apple is effectively on par. In fact, the shapes of the curves of Apple, Spotify and even Tidal (with some caveats) are largely the same. The key takeaway would appear to be that not only is there room for multiple players but that the market can support solid growth for multiple players. 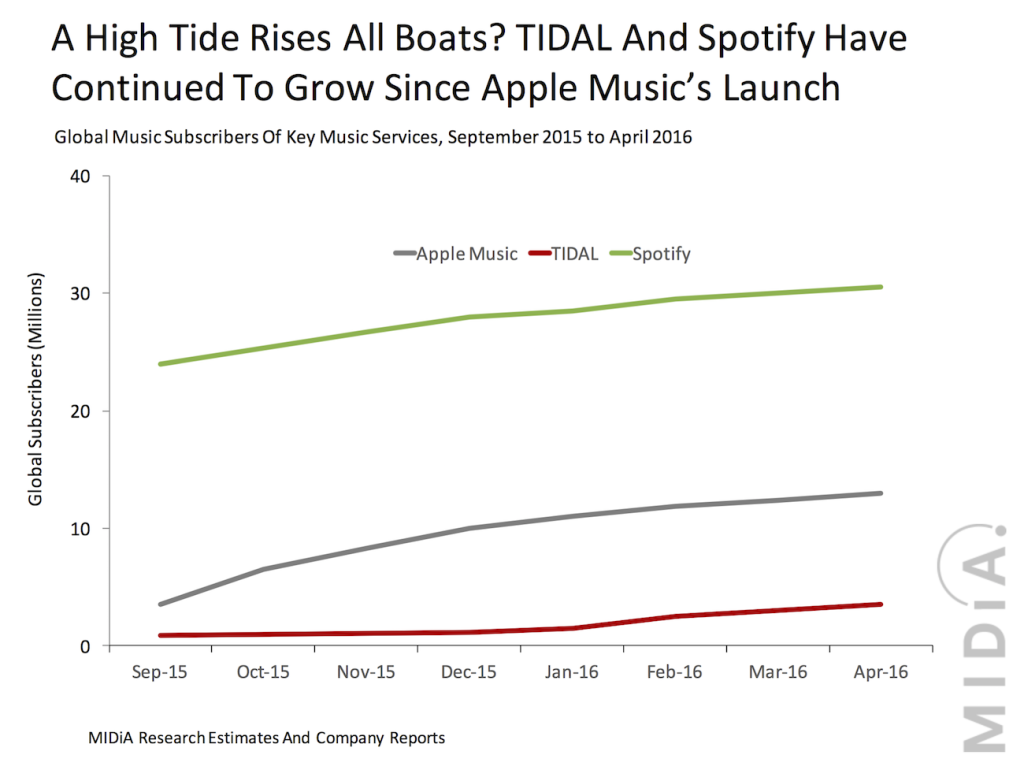 There are though multiple caveats for all three services. Tidal’s numbers have been pushed up by Kanye and Beyonce fans in search of exclusives while Spotify’s include short term promotional pricing users and Apple’s include family plan users. Also, not all of these companies are reporting actual currently commercially active subscribers. So in short, the numbers aren’t quite as promising as they first look. But the underlying direction of travel remains, namely that all these music services are in a growth stage. Against this though we haven’t had any new numbers for Deezer or Rhapsody / Napster for a while. Though the latter has been innovating its product hard and is seeing the benefits, seeing a 15% increase in listening time in the last 90 days and a 40% uplift in mobile listening over the last year.

Ultimately there will either be differentiation or consolidation among streaming music services. Right now they compete on virtually identical price points and feature sets. That must change. This current growth phase should be taken as an opportunity to pursue differentiation rather than an excuse to rest on laurels as this high tide rising all boats phase is only a temporary one.