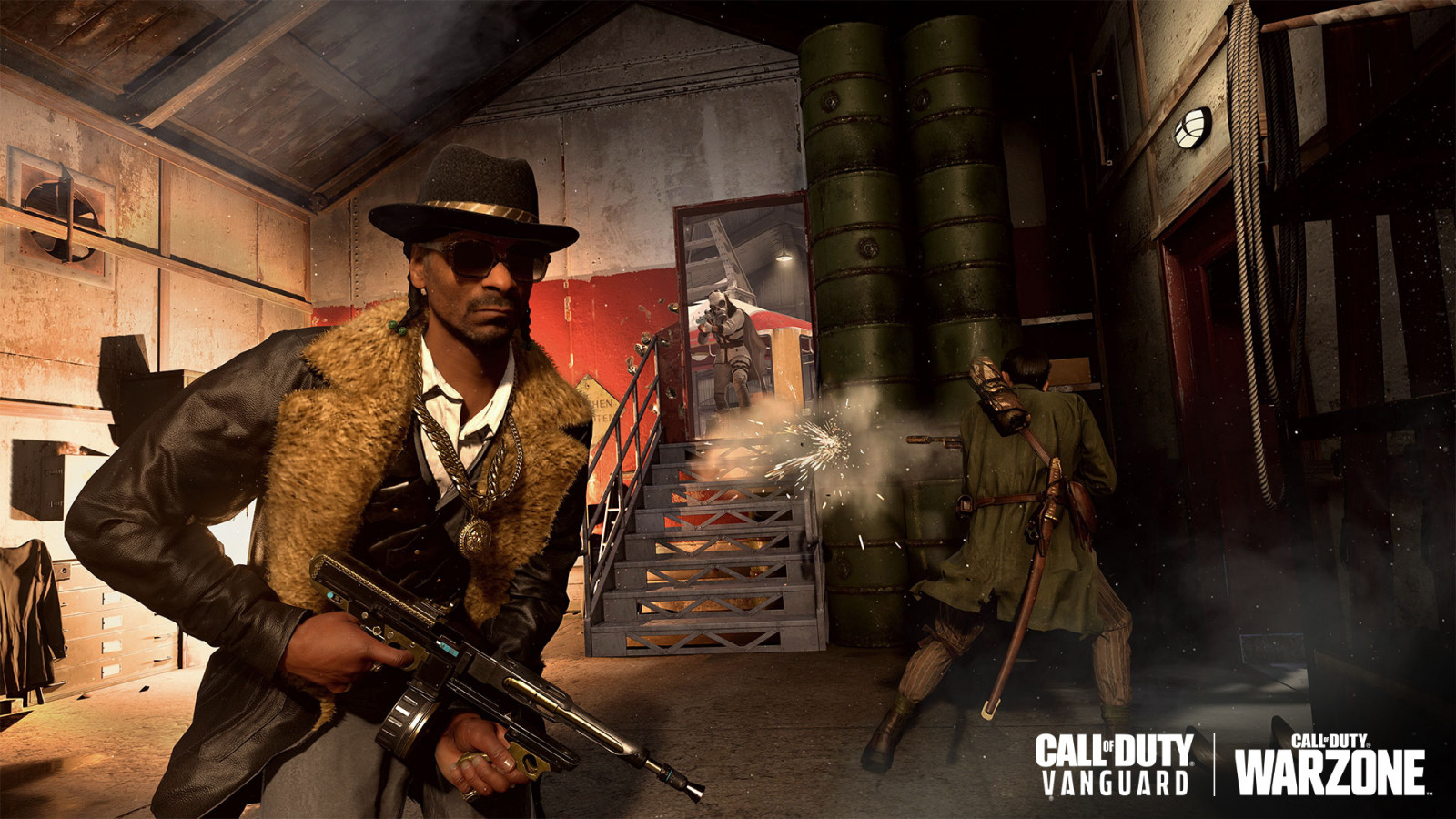 Call of Duty dropped the ‘Tracer Pack: Snoop Dogg Operator Bundle’, costing 2,400 COD Points ($19.99). It comes with Snoop’s playable skin, his own voice lines and progression path towards unlockable weapons and rewards including sprays, stickers, emblem, weapon charms and four operator outfits etc. The bundle is available on both Call of Duty Warzone and Vanguard.

This is a prime example of music artists’ opportunity to monetise fandom, over just music engagement in games. Though it is early for numbers, some players have suggested seeing about 20%-30% of players they encountered on the opening night wearing the skin – suggesting this could end up being a big one.

Though Snoop Dogg is first and foremost a musician, his music is nowhere near the forefront of this deal (interestingly, the bundle doesn’t even include ‘war tracks’, which have been included in some operator bundles in the past). Instead, the focus is on other cultural trends with which to connect fans. One is Snoop’s love for gaming, Call of Duty in particular. Another is undoubtedly weed, as underlined by the weapon design and nomenclature (e.g. the ‘Bong Ripper’, the design of which is covered in Marijuana leaves), and of course by the fact that the release was planned on the 20th of April (‘four twenty’).

There can be a very good reason for the absence of music – If Snoop Dogg owns his own image rights, then without bringing in music rights, he could have done this deal with Activision himself, without the involvement of labels etc. Which would mean more money to him and less complexity/cost for the games company in trying to negotiate a music rights based.

Whatever the reason for the absence of Snoop’s songs in the bundle, the net result is a valuable case study (for both the games and music industries) as to what happens when an artist goes to explore fandom monetization beyond their core product, songs.

This is how fandom can be fostered organically – Snoop Dogg is not trying to push/sell his songs or gig tickets to CoD players (yet). He is merely looking to culturally belong to the Warzone gamer community and tap into related fandom opportunities. Snoop Dogg and his team clearly think that the value they can generate for Snoop and the games partner is higher than what a song could generate in its traditional format over the same period of time. Simplistically speaking – to replicate the value Snoop produces for himself and Activision from just one bundle purchase at $19.99, he would need nearly 3,000 streams under the music streaming model. Considering Call of Duty has over 100 million active users, he could be looking at generating tens of millions of dollars’ worth of value within a month or two.

Context is everything, when it comes to entertainment spending

Consumers are arguably willing to spend differently in different environments. Gamers are much more financially invested in a game than a music experience. They may have spent $500 on a console, hundreds on games, and another $10-$15 month on games subscriptions before being confronted with a $20 Snoop Dogg bundle. Spending an additional $20 on an enhanced game experience is simply more justifiable in gamers’ eyes, than spending $20 in a digital music environment, where access to ‘everything’ costs just $9.99. This is one of the key reasons music companies should look to create fandom monetisation opportunities inside games, rather than simply using games as a marketing tool to bring spenders into the music market.

Since the music rights acquisition market went red-hot, traditionally, it was only master recordings that were being purchased. Recent deals such as Bob Marley’s or Tina Turner’s catalogue sales however included image and likeness rights. The ownership of image rights is key to unlocking fandom monetization opportunities in interactive entertainment.

We will undoubtedly see more activations like this come through. The question remains whether the music industry is going to embrace this approach into its traditional music rights strategy. If they don’t, artists are gradually going to take this money left on the table and bring it to the games companies themselves.

by Hanna Kahlert
21 Apr 2022
Elon Musk is not one to shy away from making waves with strategic curveballs – and his latest moves to acquire Twitter are no exception. Less than a month after attaining the second largest shareholding...

Forget peak Netflix, this is the attention recession

by Mark Mulligan
20 Apr 2022
Forget peak Netflix, this is the attention recession Netflix’s Q1 2022 results caused a stir, with subscriber numbers down by 0.2 million from one quarter earlier. Some are calling this ‘peak Netflix’,...

by Karol Severin
19 Apr 2022
Sony continues investing in Epic Games Although Microsoft stole the headlines with its acquisition of Activision early this year, Sony is certainly not just standing on the side-lines. Last week, it announced...