Why Comcast is bidding for Sky 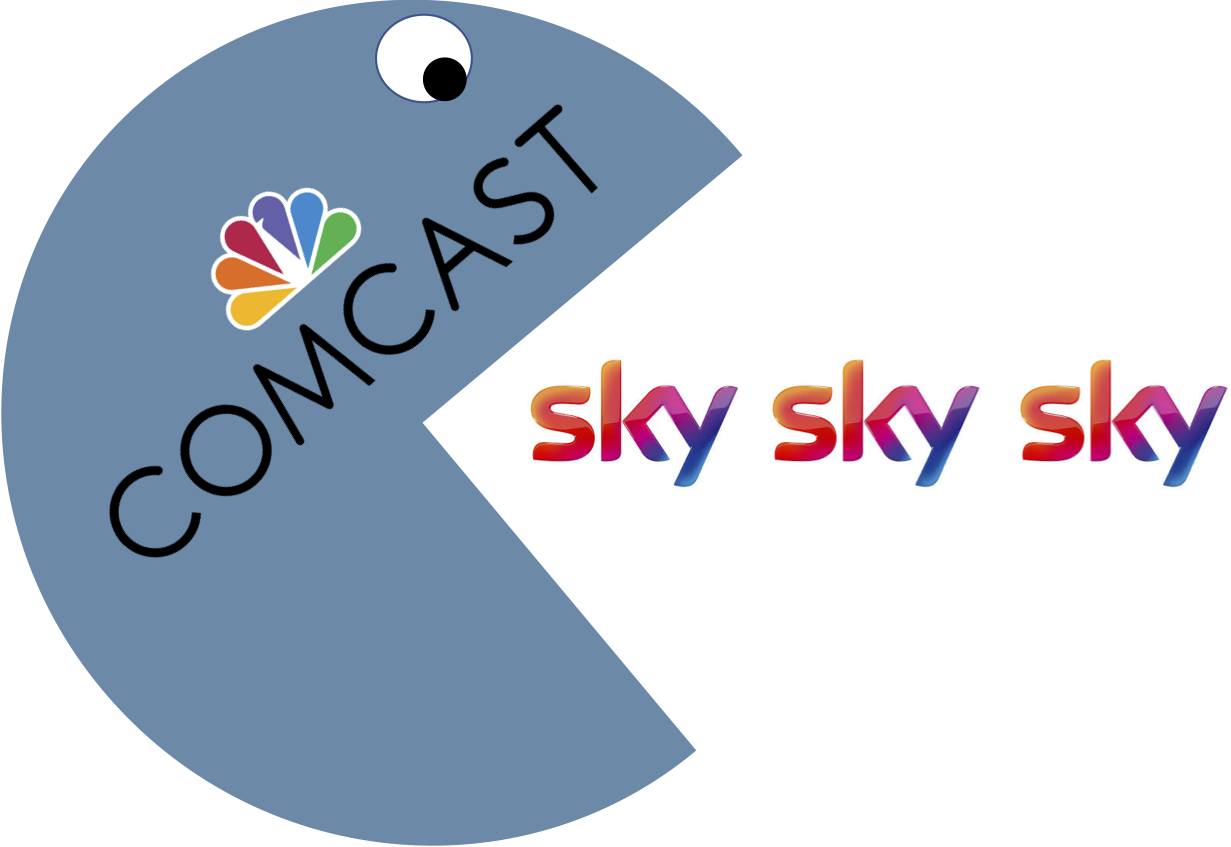 In a dramatic development Tuesday, US telco giant Comcast announced it is bidding £22.1 billion ($31 billion) for UK pay-TV  operator Sky. This is a 16% premium to the existing takeover bid currently undergoing regulatory review from 21st Century Fox. Fox’s bid is held up by regulatory concerns. In January, the UK Competition and Markets Authority ruled that it was not in the public interest for Fox to buy the 61% of Sky that it does not currently own due to concerns over the media market dominance which Fox and fellow Rupert-Murdoch dominated media conglomerate News Corp are perceived to exert.  This is a very 20th century view of media influence - witness the 2017 Facebook controversy over Fake news and its impact on the  2106 US presidential election to understand  just how much news consumption is now primarily digital and social rather than broadcast and print-derived.

Whether the analogue-world media distribution criteria of the UK regulators will seek to impede the Comcast bid on similar grounds (Comcast owns business news channel CNBC which broadcasts in the UK) remains to be seen.

Consolidating Declining Business Models Outside Of The Post-Net Neutrality US

Sky is an analogue era business struggling to grow in the digital, post-subscription video world, dominated by the likes of Netflix and Amazon. Its digital offering Now TV is a very different proposition to that offered by Netflix with its $8 billion 2018 content budget (36% of which is being spent on original content.) However, Sky’s older, high spending, low churn customer base is a valuable asset. The inertia of these older, less tech savvy subscribers means that this user base will continue to deliver meaningful revenue for years to come, despite the business model fading in the streaming era.

Old Pays For The New

Comcast, one of the main beneficiaries of last December’s FCC decision to  roll back telco net neutrality restrictions, could be poised to generate extra revenue from charging content providers to access its customer base without getting speeds squeezed. This new income would allow it to go on an international shopping spree to consolidate declining pay-TV businesses with regional hegemony and long half-lifes. Traditional, legacy businesses typically take a while to die, largely because their last remaining customers are loyal and inherently conservative. They don’t like change. Comcast is doing something that will become more widespread as digital disruption accelerates: it is buying up legacy businesses that it can drive strong revenue from while sun-setting the business in order to fund its new digital-first initiatives. It is a case of the old paying for the new.

Welcome to the brave new world of resurgent telcos taking on digital disruptors, just one of what will be many ripple effects of the FCC’s net neutrality decision.