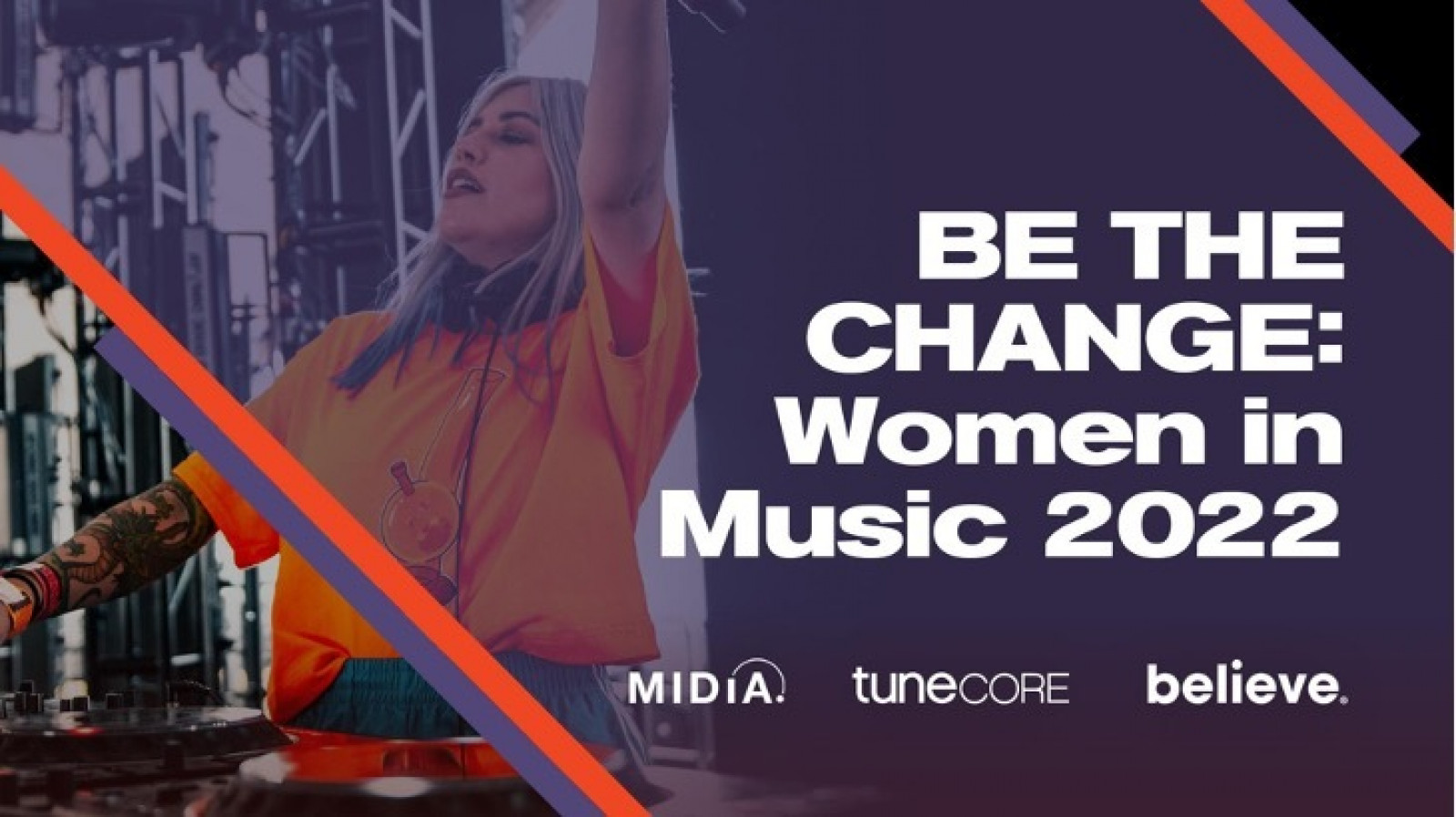 Last year, MIDiA Research, together with TuneCore and Believe, launched BE THE CHANGE: Women making music to highlight the barriers faced by minority creators and executives alike. We have now published the second edition of the study that is free to all and can be found here.

This year we were able to broaden our scope, collating the views of over 1,000 people from around the world, including 631 women (486 creators and 223 executives); 267 men, and 54 individuals who defined themselves as another gender identity outside the traditional binary. This was supplemented with  in-depth 1:1 conversations with artists from different parts of the world, including  Armenia, France, India, Lebanon, Mexico, Nigeria, Thailand, UK, and the US.

The pandemic as a catalyst

Organisations like Women in Music, She Said So, We Are Moving The Needle, and many more have worked to articulate and vocalise the challenges faced by women in today’s music industry, and provide them with the necessary support and resources they need. With diversity and inclusion front and centre of this discourse, they are making an impact.

The last two years of pandemic driven disruptions have opened space for change, into which the next generation of those pursuing a career in music have begun to make space for themselves. Together with these initiatives, changing working habits, networks, and tools that arose during the pandemic,  the groundwork for the industry of tomorrow has been laid.

However, while many steps have been taken, the journey to parity is far from over. Challenges still abound, and while progress even in the last year is apparent, it is still far from enough. This is demonstrated by many of the insights from the report. We urge all participants in the industry - of all genders, nationalities, and genres - to read the results of this year’s study, which is accompanied by some powerful and plainly stated calls to action.

As the awareness of the challenges and barriers faced by women in music grows, it becomes even more essential for the industry to work together as a strong cohesive force for a better future. This year's study includes some calls to action for music companies, men, and women highlighted through four categorised problems we found through the study:

What can we do to contribute to a more diverse and inclusive industry?

To counter harassment, invoking zero tolerance for sexual harassment is the first step, not just for companies but across the industry as a whole. We must see more regular and proactive engagements with industry minorities to better understand their experiences, problems, and needs, rather than acting off of assumption, this will reduce the perception gap. It is only together that we can speed up change and prepare for an inclusive and diverse music industry, not just by making space for women and minorities but by also listening to and understanding their experiences and catering to their needs. There is also a need to address the pay gap. Not only must women and minorities be compensated equally for the same job as men, we need to actively bring in more training and skill-sharing that allow them to secure leadership roles as much as their male counterparts.

Any progressive action and / or discourse on the subject will bridge the confidence gap and belief that people's  experiences of all forms of harassment will be heard and taken seriously. As new markets come into the picture, there will be new cultures and sensitivities that must be tackled in a similar way. For example, a Nigerian producer spoke about her cultural upbringing, “It was not in our culture for anyone, man or woman to speak about their problems. You can see it in our music, most of it is written about celebration”. Similar cultures exist across Asia where discourse is new, speaking up or having an opinion is not always well received. Change is inevitable, however, and it will materialise more rapidly with greater support and guidelines in place to bring inclusivity, diversity, tolerance, and active listening across the music industry.

Through all of these issues, what stood out was a real sense of women proactively carving out opportunities for themselves. Key to this of course, is a backdrop of gradually shifting industry attitudes along with better, more available resources for women in the industry. If one year ago the position of most women creators in music was characterised by “there is only so much [...] someone can take”, then our 2022 results suggest something closer to “if they won’t make space for us, we will just make space for ourselves”.

Many women in the industry have decided to take the reins on their careers, even when the industry’s challenges and barriers continue to exist. While they are taking a stand and moving forward, the industry must step-up and provide them the support, resources, and platforms necessary for women to thrive as much as their male counterparts.

The study BE THE CHANGE: Women in music 2022 is live here and authored by a MIDiA all woman team comprising Tatiana Cirisano, Srishti Das and Hanna Kahlert.

by Tim Mulligan
3 May 2022
Amid the sharp negative market reactions to Netflix’s recent subscriber losses, the age-old business truism of responding to, rather than building consumer demand holds truer than ever before. Traditionally,...

by Annie Langston
29 Apr 2022
At the start of the audio battle, Spotify leveraged exclusive content and company acquisitions to establish its current market position. In 2020, Spotify announced a series of flashy podcast deals that...

by Karol Severin
28 Apr 2022
Inflation, as well as macroeconomic and geopolitical developments (from Brexit, through chasing Covid-induced debt, right up to Russia’s invasion of Ukraine) will likely drive disposable income (and...
No thanks