This Is What Post-IPO Life Will Look Like For Spotify 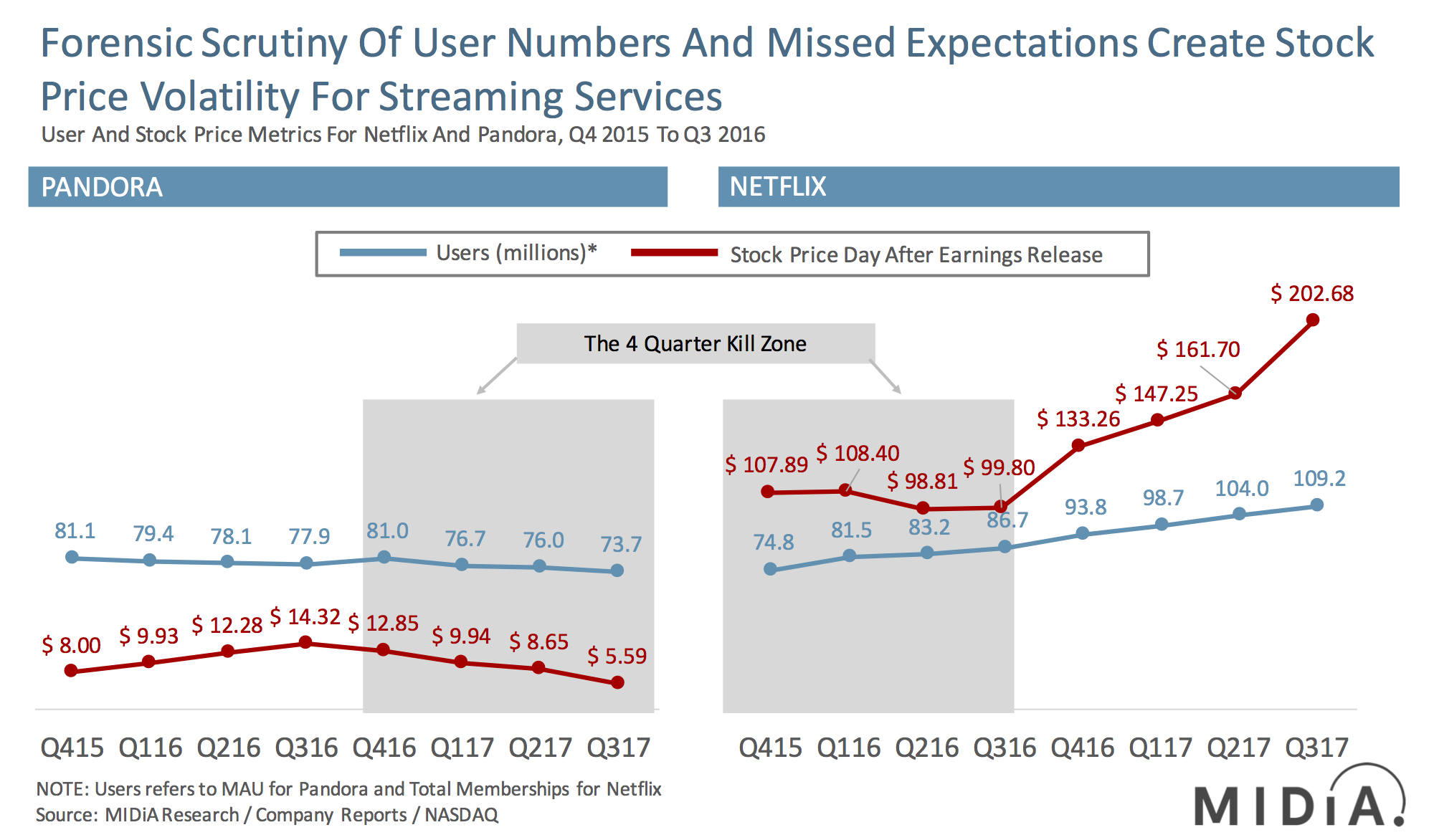 With a fair wind, Spotify’s long-anticipated public offering should happen before the end of Q2 2018 (and yes, probably a direct listing rather than an IPO but 'IPO' worked better in the title!) . The music industry will be watching with keen interest as it is going to be the bellwether for the streaming music sector. Posting three or four successive quarters of well-received earnings will be key to Spotify’s life as a public company. Note my careful use of the words ‘well-received earnings’, not ‘strong earnings’. Spotify’s currently challenged underlying financials are not going to change in any fundamental sense over the course of nine to 12 months, so it will need to construct a series of narratives and targets that Wall Street will buy into. The only problem is, Wall Street often has very high expectations for growth stage tech stocks, and falling short of those expectations can result in a tumbling stock price, even if the growth trend is actually solid.

When narratives alone will not be enough

I’ve written before about how Spotify will need to construct a number of new narratives for life as a public company. They will need to demonstrate:

All except the first could prove contentious, as many of the solutions will be inherently challenging for record label partners. Netflix has set a strong precedent for how to drive net margin with a 70% rights cost case (like Spotify’s) by creating its own content and using accounting technique,  such as amortization of costs, to turn cost into profit on the books. Netflix can get away with this because there are many TV networks so no single one can kill the service by removing its content. For example, Disney recently announced it was pulling its content, but Netflix continues to go from strength-to-strength. Spotify without Universal Music would swiftly wither on the vine. Spotify ‘becoming a label’ will be highly disruptive so it will have to do it slowly and in non-obvious ways. The news today that Spotify has acquired online music and audio recording studio Soundtrap – reportedly for $30 million – fits this thinking. In effect, subtly reversing into becoming a label. Meanwhile, it will need to have other new less disruptive revenue streams to spin narratives around, such as selling data to music industry stakeholders.

The upshot of all this is that during its first year as a public company, those narratives are unlikely to be enough. Instead, investors will be applying forensic scrutiny to Spotify’s user and revenue metrics. More than that, investors will set their own targets and if Spotify misses the consensus of these third-party targets, the share price will go down. Apple tried to distract investors from its slowing core metrics in 2016 by releasing a supplemental information document that focused on new metrics such as revenue per user. But investors refused to have their fixed gaze moved away from iPhone shipments. So, Spotify will live or die by meeting investor-set subscriber growth targets? This means it will have to tread a delicate line between being bullish about its prospects to get investors’ interest piqued, but not so bullish as to raise their expectations too much. What complicates matters further though is the relationship between user growth and stock price. Pandora and Netflix have had very different journeys in the last 24 months, but both have endured ‘4 Quarter Kill Zones’ during which period stock prices struggled:

Growth at what cost?

The lesson from these two cautionary tales is that it is not so much user metrics that is essential, but meeting user metric expectations. And Spotify will need to be careful about how it meets those targets. Growth stimuli like $1 for three-month super-trials can spike growth but hit profitability, which will be there for all to see in SEC filings. Therefore growth cannot come at any cost. In a similar vein, with market maturity approaching in many major western markets, Spotify will need to rely on a combination emerging markets for subscriber growth, and total free users (everywhere) to drive its user numbers, both of which will dent ARPU and margin. It is yet another balancing act for Spotify to manage and navigate.

Spotify has one major advantage and one major disadvantage going into its flotation:

So, with institutional investor demand massively exceeding supply, Spotify – and potentially UMG – could be very well placed to benefit. But a strong start can soon falter, as in the case of Snap Inc., which has fallen from an opening $24.48 to $12.56 now. The beauty of being a privately held company is that you can chose what metrics to report, and when. If you’ve had a tough quarter you can keep quiet until you have a good one. When you’re public you have no such luxury. It is warts and all, every quarter. Spotify’s life as a public company will be as much about managing expectations as it will be about driving growth.