The Vision Behind Today’s DisneyLife Launch 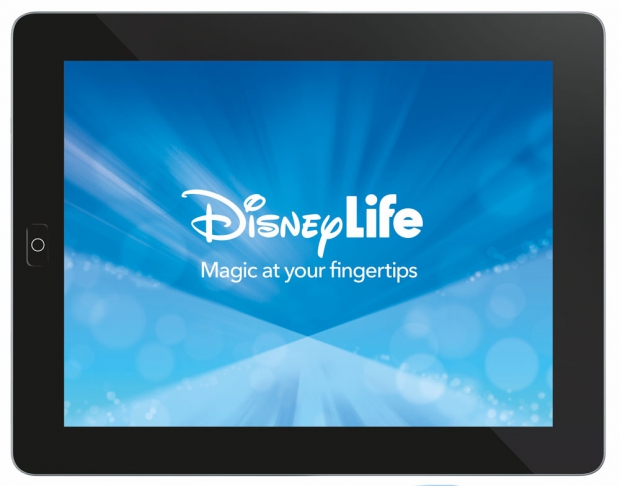 Today marks the launch of DisneyLife in the UK. This is Disney’s new app –based subscription video on demand service. The launch represents a significant development in the evolution of the global content provider which has been the forefront of so much story-telling innovation and looks set to continue this tradition. The £9.99 per month service will provide subscribers up to 6 accounts (a multi-user account comes as standard) access to a range of premium content on the Disney roster. This includes over 300 movies, 5000 music tracks, kids TV box sets, and over 100 interactive e-books in 5 different languages. All of which can be also be downloaded for offline viewing. Additionally once per month subscribers will get a free premium Disney app to download and keep, such as Cars 2 World Grand Prix Read and Race, an interactive story and racing game. This recognizes that audiences no longer think in content siloes. Their smartphones and tablets give them access to multiple content types, as do digital stores like Apple’s iTunes and Google Play. Few other TV companies have the diversity of content assets to do this.

As well as providing a premium back-catalogue of well known and hugely popular Disney content the new App comes with two further features that will help differentiate it from other SVOD (subscription video on demand) competitors:

1 - Filters: The DisneyLife development team have placed parental controls at the heart of the app user experience. So alongside content filters for age appropriate material, parents can schedule app usage times. This means that screen time - one of the challenges of modern parenting - can now be delegated to a pre-set schedule. Users of the app are reminded when their viewing time is coming to a close by a friendly Disney character popping up onto their screen and telling them.

2 - Character-led curation: curation forms the bedrock of the user experience. This starts with the app account set up process where new a profile is created and the profile owner is asked to select a famous Disney character as their avatar. Users are able to select images of leading characters connected to content which they have consumed which both reveal info about the characters and link onto other content in the app which also feature the character.

The Strategy Behind Disney Life

Disney, alongside other content owners, is in the process of navigating the uncertain world of multi-screen viewing by their audiences. Pay-TV operators are reeling from the impact of being caught between the competing forces of cord-cutting (customer opting not to renew long term and expensive pay TV packages) and cord-nevers (under 35’s who have no prior experience nor interest in subscribing to cable or satellite TV packages). Both cord cutter and cord nevers are continuing to watch video content, and they are increasingly choosing to do so outside thepay-TV ecosystem through online video alternatives. A recent US consumer survey by multi screen provider Clearleap found that 71% of their respondents used video-streaming services compare with 79% using pay-TV services. Globally online video use will become a mainstream consumer activity by 2019 according to MIDiA Research data forecasts. The additional challenge for Disney is that kids are abandoning kids TV programming for YouTube and apps. DisneyLife aims to take the content to where the kids are (smartphones, tablets and computers – usually their parents’) rather than waiting for the kids to come to the TV.

Disney faces a steady attrition of pay-TV audiences and the realization that its current fan base are growing up in an environment where there are unlikely to commit to pay-TV packages in large numbers and will increasingly choose to view content on devices rather primarily on TV screens. DisneyLife represents both a plan to address this audience fragmentation challenge and an opportunity to create a new direct relationship with its fans. Up until now Disney has relied upon intermediaries to reach its content audiences. Now with a mobile centric SVOD service it can engage directly with its fans and crucially create a new direct revenue stream for the company.

The Probability Of Success

The biggest uncertainly facing DisneyLife is its price point. £9.99 places the service in a premium price bracket above many of its potential competitors and offers a narrower genre selection of shows than the cheaper Netflix and Amazon. However the fact that it is a premium brand, with strong brand recognition and innovative visuals and features should work work in its favour. The decision to launch the app in the UK should also work in its favour due to the both the sophistication of the market and the relative paucity of competition compared to the US. Britain’s position in the European SVOD market also plays to Disney’s advantage with SVOD growth rates predicted to be 5 times as fast as the rapidly maturing US market according to MIDiA Research data forecasts. The inclusion of French, German, Italian and Spanish language content choices for the app will undoubtedly facilitate this process.