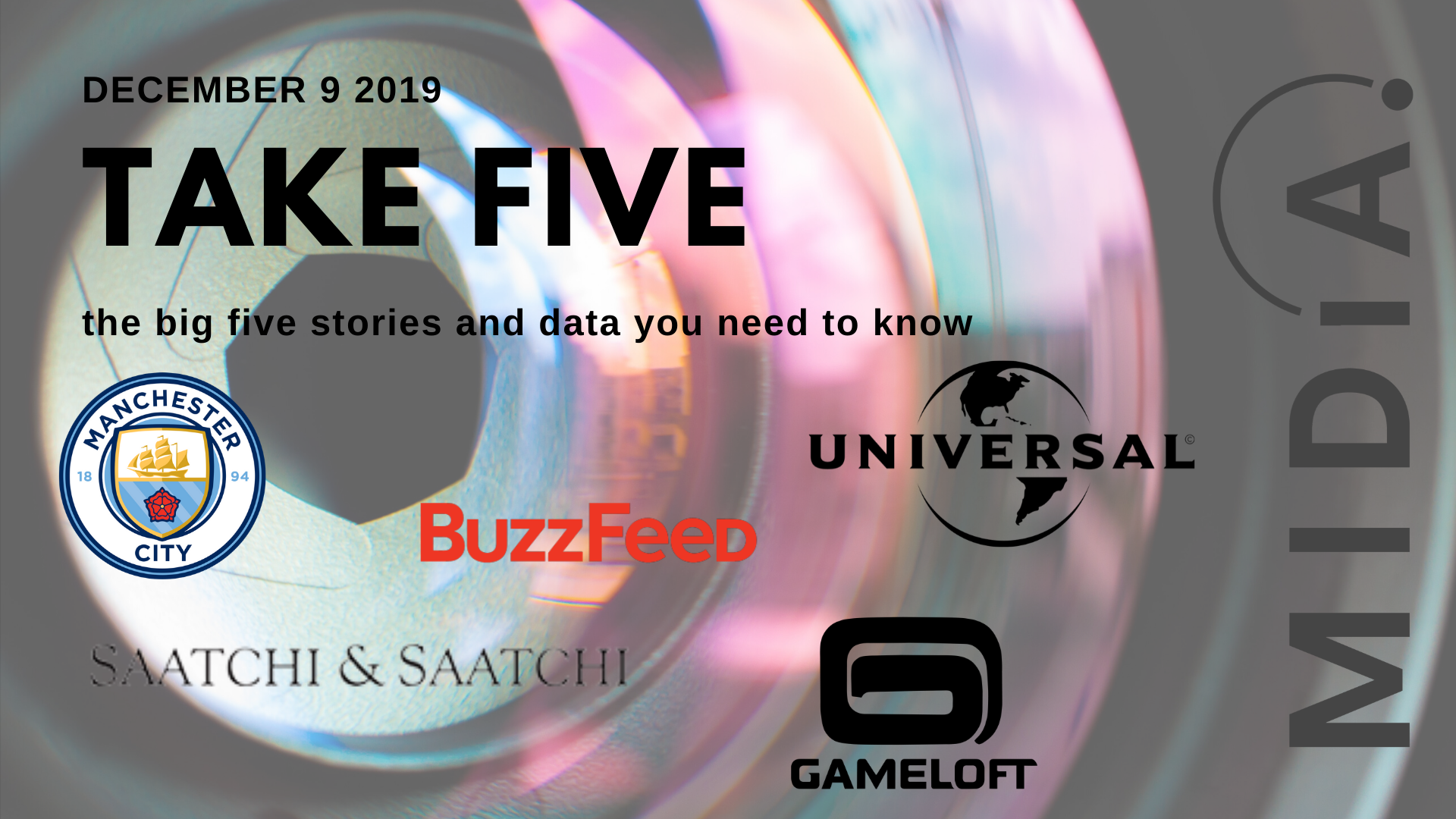 Go east: Universal Music launched Red Records, an Asian repertoire joint venture label with AirAsia Group.With Western repertoire accounting for around only a third of all streams in Asian markets, UMG needs local bets to benefit from the Asian opportunity. They’ll be hoping for some BTS-style export successes, too.

Gameloft closure: Pioneering French games company Gameloft closed its UK office, following rumours of a Brisbane closure also. The lesson here is that it is hard to build a games publisher with the sort of longevity that music labels and TV studios have. Not many do so (without getting bought, that is).

Manchester City sponsorship: EPL club Manchester City just signed its first training kit partner Marathonbet for an eight-figure deal. The deal illustrates both how much value lies in top-tier sports leagues and how much betting companies are willing to spend on acquiring customers.

Not buzzing now: Last year MIDiA predicted BuzzFeed would either close or be bought. It is now under threat of strike-off from regulators for being two months late filing accounts. In its prime, BuzzFeed was a pioneer in making digital-first content and – for better or for worse – helped shape today’s digital media landscape. Unfortunately for BuzzFeed, in doing so it taught the world how to compete with it.

More woe for Saatchi and Saatchi: Another accounting error for the UK ad agency (this time bigger…) sent shares tumbling. The ad agency sector is in crisis phase. Beyond accounting scandals, the whole premise of agency ad buying is challenged by the power of self-serve ad platforms and companies wanting to own their customer data.