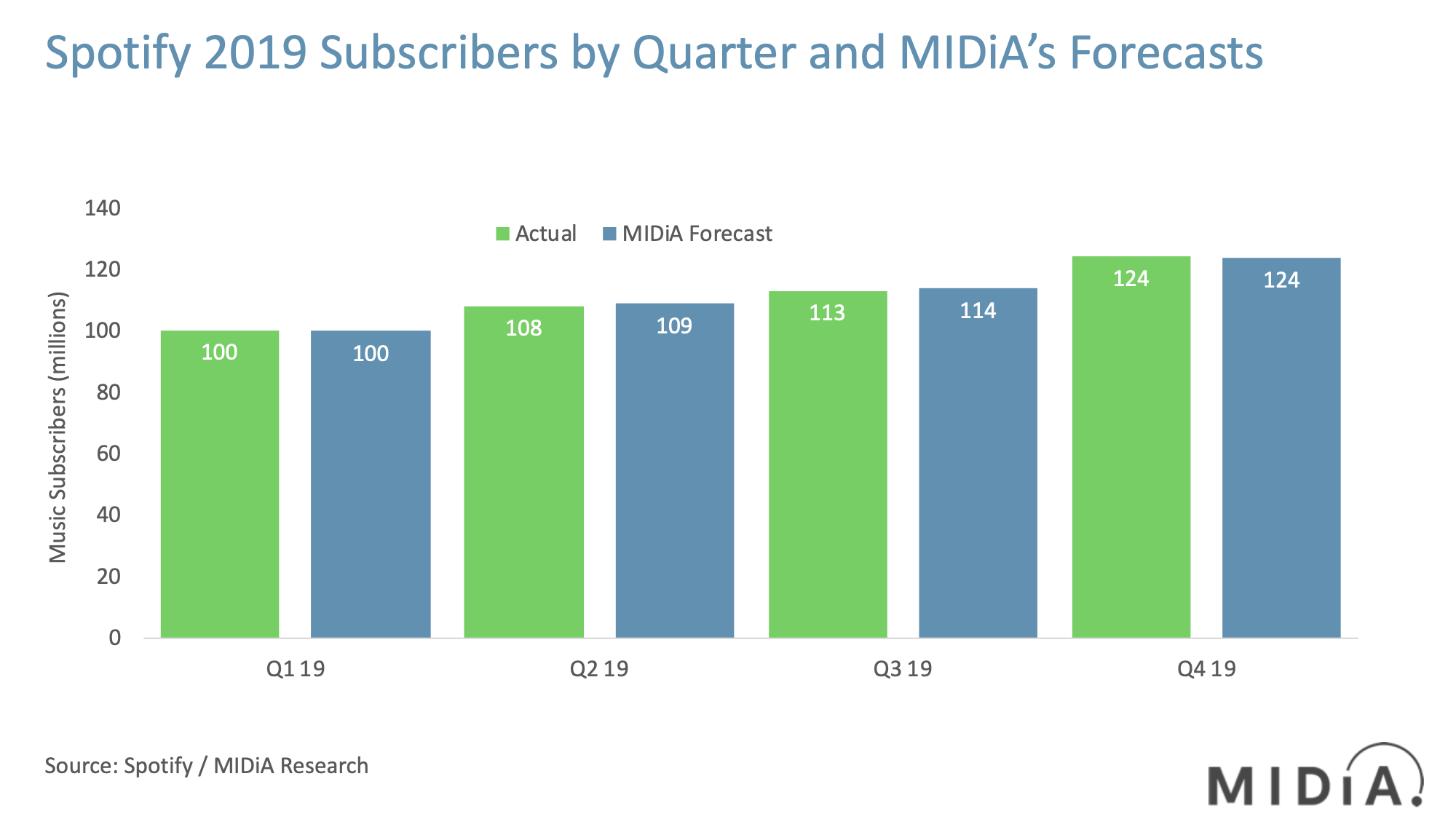 Spotify’s Q4 2019 results reflect another strong quarter and a good year for Spotify. Look a bit deeper, however, and there are the first signs of the new company that Spotify is building – and they point to a very different and much bolder future.

First, here are the headline metrics:

Spotify’s uphill journey towards profitability is well documented (net margin fell into negative territory again in Q4 2019, to -€77 million). The circa-70% rights costs base is the core issue here, and rights holders have little (no) desire to go any lower – in fact, publishers want increases. Spotify has had to explore where else it can grow its business with cost bases that are less than 70%. Podcasts, marketing and creator tools are the three publicly stated places where Spotify has placed its bets, and the Q4 results show small and early – but nonetheless crucially important – movements in each:

The margin impact of these three business areas is already being felt: “The largest driver of outperformance stemmed from slight improvement in the non-royalty component of Gross Margin, including payment fees, streaming delivery costs, and other miscellaneous variances.”

These are the three pillars of the new Spotify – one that will continue to be powered by music, but with profit coming from ancillary services. In the California Gold Rush in the 19th century, the first person to make a million dollars was a man called Samuel Brannan. But he wasn’t a miner; he sold mining equipment. If there is a gold rush, you want to be selling picks and shovels. Spotify has found its picks and shovels.