Apple officially announced its long anticipated all-in-one content bundle: Apple One. $14.95 gets you Apple Music, Arcade, Apple TV+ and 50GB of iCloud storage. A family plan retails at $19.95 and a premier plan includes 1TB storage, News and Apple’s new Fitness+ service. While the announcement was expected (and you may recall that MIDiA called this back in our December 2019 predictions report) it is important nonetheless. 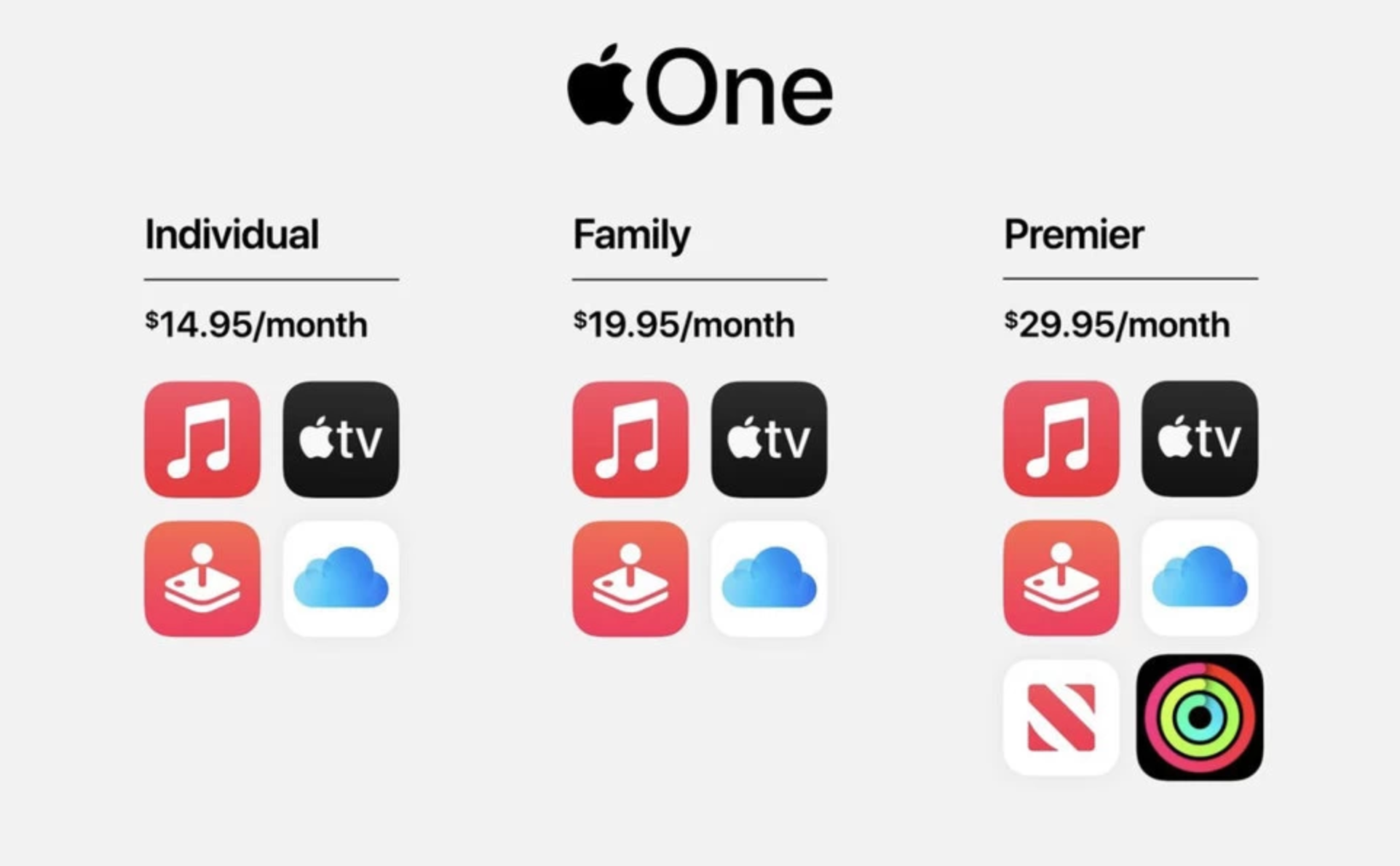 As we enter a global recession, the subscriptions market is going to be stressed far more than it was during lockdown. With job losses mounting, and many of those among Millennials – the beating heart of streaming subscriptions – increased subscriber churn is going to be a case of ‘how much’ not ‘if’. In MIDiA’s latest recession research report, we revealed that a quarter of music subscribers would cancel their subscription if they had to reduce entertainment spend and a quarter of video subscribers would cancel at least one video subscription.

A $14.95 bundle giving you video, music, games and storage will have strong appeal to cost-conscious consumers who are loathe to drop their streaming entertainment but need to cut costs. As with Amazon’s Prime bundle, Apple One is well placed to weather the recession. Bundles may not be recession proof – after all, entertainment is a nice-to-have, no matter how good the deal – but they are certainly recession resilient.

Which may explain why music rights holders have been willing to license the bundle which almost certainly included a royalty haircut for them, to accommodate the other components of the bundle. While rights holders will not have been exactly enthusiastic about further royalty deflation (one for artists and songwriters to keep an eye out for when Apple One starts to gain share) they are also keenly aware of the need to ensure they keep as many music consumers on subscriptions as possible.

One key learning of the impact of lockdown has been that new behaviours learned during a unique moment in time (e.g. not commuting to an office, doing more video calls) can result in long-term behaviour shifts. Lower music rights holder ARPU may be a price worth paying for shoring up the long-term future of the music subscriber base.

by Mark Mulligan
13 Aug 2020
In MIDiA’s 2020 Predictions report published in December 2019 we predicted that tech majors would start creating subscription bundles, with Apple leading the fray. Lo and behold, news has just come out...

by Tim Mulligan
28 Aug 2020
Bloomberg announced on Wednesday that Apple is planning to integrate augmented reality (AR) into its video subscription service Apple TV+.The new feature will debut next year and allow viewers to access...
No thanks