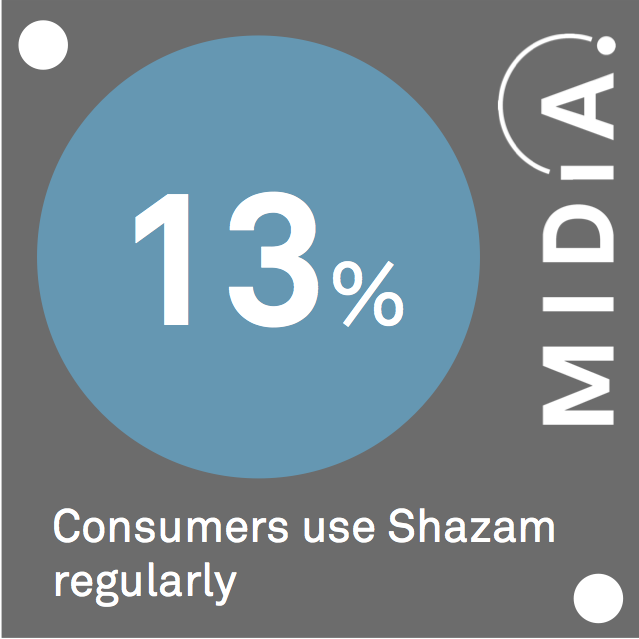 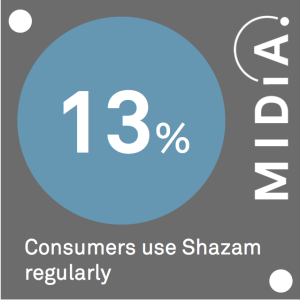 Shazam has become part of the digital music marketplace furniture but is seeking out a new business model now as there's no money in the affiliate sales model for streams, not that there was ever that much in the download sales affiliate model either.  But while Shazam pursues the bulging budgets of TV advertisers it retains a loyal music user base with 13% of consumers using it monthly.

Usage is highest among males (15%) and under 25's (27%) while the US, UK and Germany are some of the countries with highest adoption.  But Shazam's most avid users are streamers (23%).  So while Shazam may not have found out how to monetise streaming yet, it has built an engaged audience there.