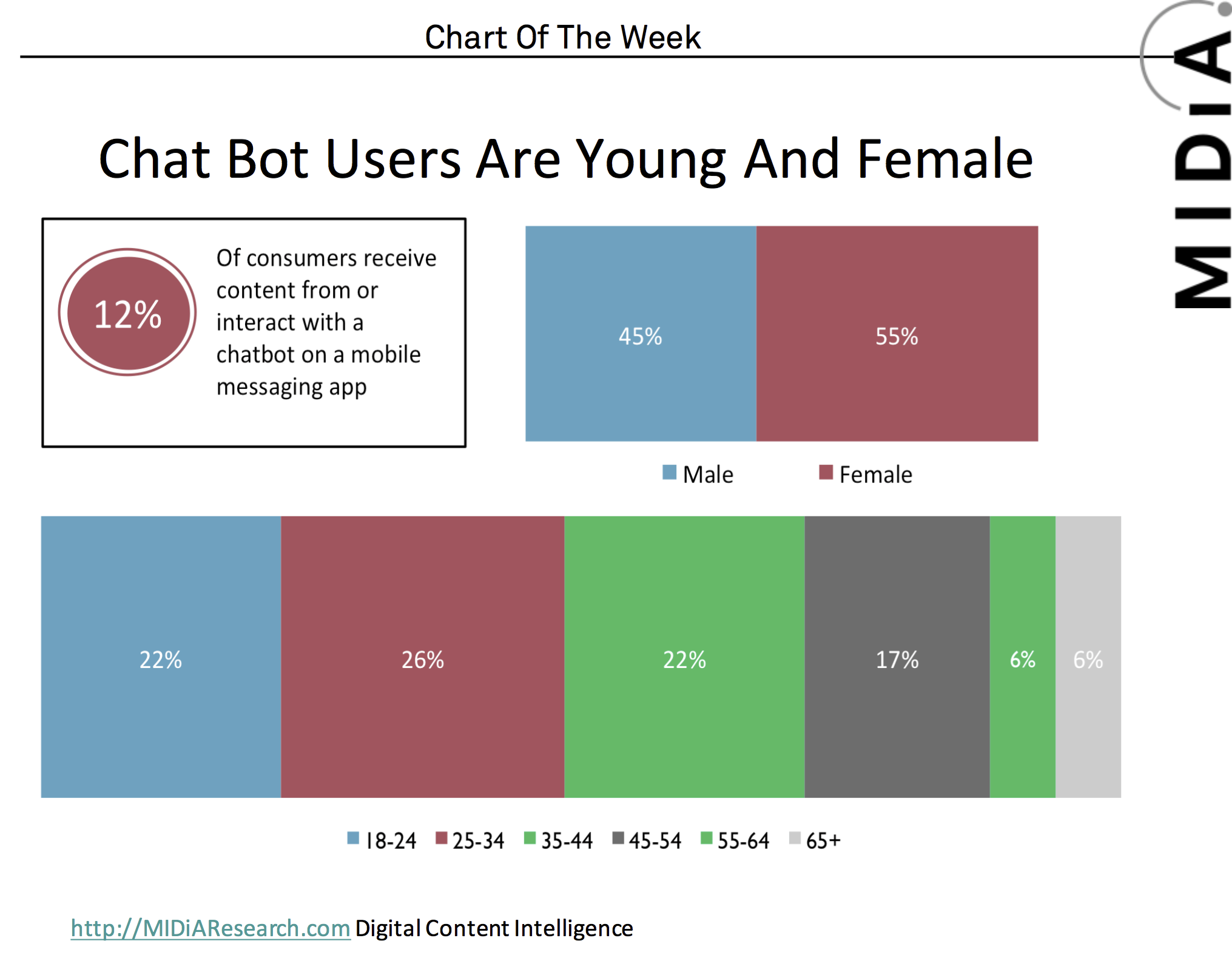 The arrival of chatbots has been widely covered by the media in the last few months. The hype peaked in April 2016 when Facebook (though by no means the first company to do so) released its Messenger Platform and invited developers to build chatbots for its Messenger app.

Since then however, focus has shifted to discussing whether chatbots have been over hyped. The debate has divided into bot enthusiasts (who believe that bots will replace apps) and bot sceptics, who believe that bots have limited potential and will take a long time to seriously disrupt the current app market, if ever. As per usual, the truth is somewhere in the middle, with bots creating a parallel market alongside apps.

At the end of June 2016, there were 11,000 bots available on Messenger alone, with 23,000 developers having signed up. And this of course does not include bots available on platforms like Skype, Telegram or Kik (which opened its platform to chatbot developers before Facebook), nor the Asian messaging apps which have included chatbots considerably sooner than the Western giant.

There is clearly appetite for supplying chatbots, both from the mobile messaging platforms side as well as the developer side, but what does the demand side look like so far? To help answer that question MIDiA Research fielded a consumer survey in September 2016 to1000 UK consumers:

Chatbots are still in their early stages, but don’t forget that when it launched in July 2008 Apple’s App Store had only 15,300 apps. That number is now around 2 million. So in relative terms Messengers’ chat bots are where the Appstore was in 2008. Given that the addressable audience of Messenger is much larger than that of iOS users in 2008 and the fact that bots are platform agnostic, there is potential for bot adoption to be at least as fast, pending the user experience and use cases developers can come up with.

To find out more about MIDiA’s chatbot data and our mobile coverage more broadly, drop us a line at info AT midiaresearch DOT COM