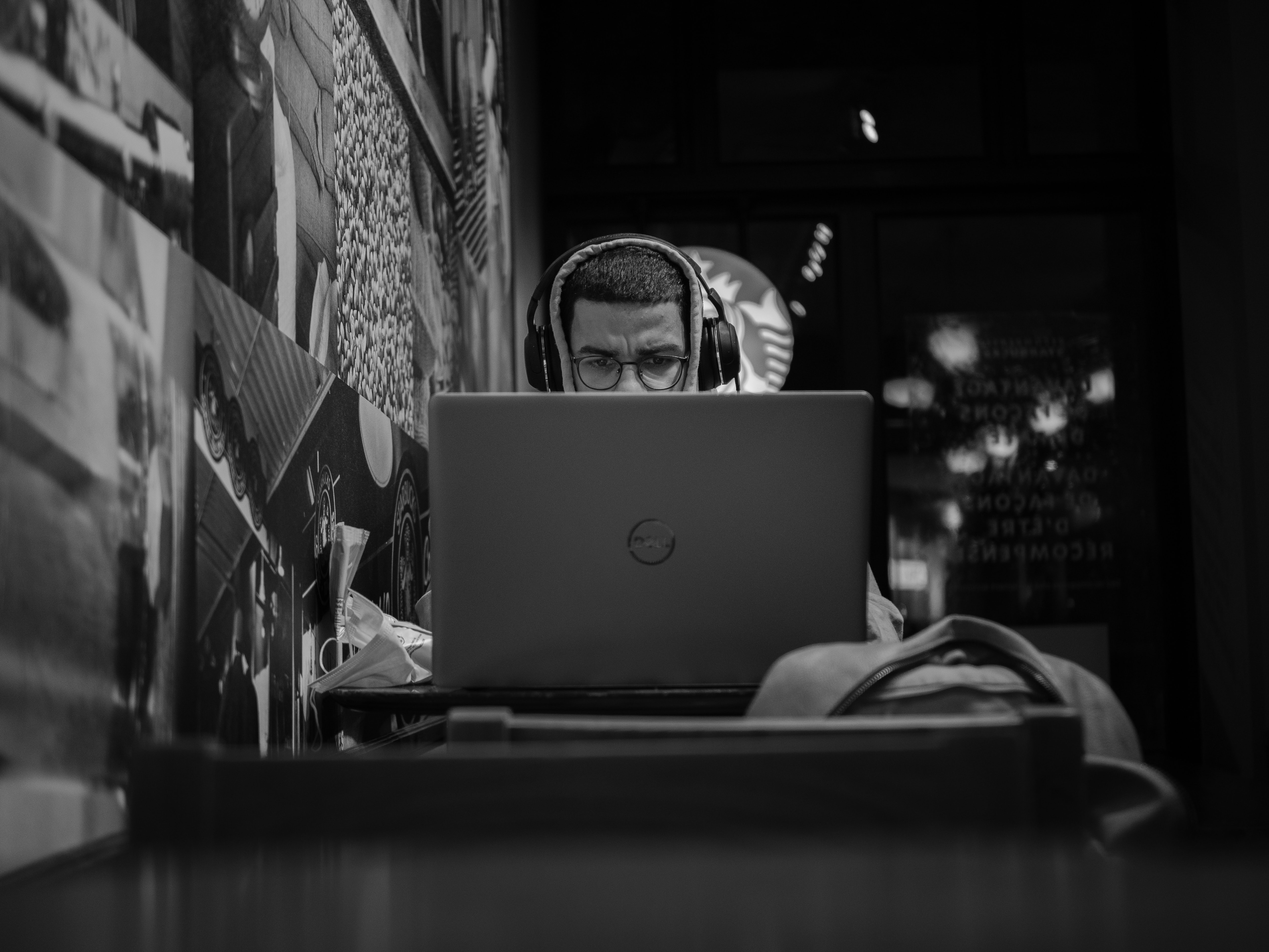 The longer the pandemic continues, the harder it gets for the live music business (and other cultural sectors built around live performance) to sustain hope of a ‘return to normal’. I hate saying it, but there it is. By now, both fans and artists are craving live performance, we truly are. Just like we crave international travel and large gatherings of friends and family. But truth be told, we will wait these things out as long as we have to - it’s part of the wider grieving process that comes with a pandemic.

Meanwhile, the industries on the other side of the equation face a ticking clock. When it comes to live music, there is a distinct optimism (and sadly, lack of credibility) about those shows we see rescheduled for 2021. This is because we know it is unlikely any vaccine will be ready, let alone distributed. Meanwhile, with social distancing not only compromising live experiences for fans, producers and performers but also more lockdowns, circuit-breakers and other interventions, the situation gets more precarious every day.

In the UK, a ray of light shot through the sector earlier this month, as a number of music venues, festivals and promoters were among the organisations receiving a share of more than £76 million in Culture Recovery Fund grants (i.e. not loans). Some 250 independent music venues within the Music Venue Trust network were included, securing £41 million between them. No such luck for many others of course, and there has been no equivalent effort in the world’s largest music market the USA. Credit instead goes to streaming giants like YouTube - stepping in to run virtual events on behalf of real world venues, such as the #SOSFEST. Meanwhile, established music artists and live sector employees everywhere have been engaged in heroic efforts to shore up local venues through small-scale ‘save our stages’ type initiatives.

But here is the question for all organisations receiving financial relief – what will they choose to do with these funds? I don’t ask lightly. They face the toughest of choices. Some venue bosses have already declared they will keep staff on pay as long as possible. Maybe that’s all the money some will get – enough to keep the lights on with a skeleton staff. Others may be able to carry out essential maintenance, or refurbish to come back looking a little newer and fitter. Others will use the money to run below-capacity, socially-distanced and highly-compromised events.

But will venues (and smaller promoters) have enough funds to invest in greater capability to stream live? To prepare themselves for the future, now we have a taster of what can happen at any time? I hope so. Venues need to prepare themselves for live streamed productions – better internet, purpose-designed staging, performance stages, improved sound capability, more cameras. The digital hybrid venue will be fitter for purpose as the virtual circuit emerges.

What is emerging to fill the gap left by live’s hiatus is a frantic and fragmented landscape, with a range of start-up platforms alongside the big video streamers (YouTube, Instagram, Facebook, Twitch etc.). But does this fragmented landscape look coherent for fans? Perhaps it’s not too different from the ‘real world’, where fans get to choose shows from a vast array of different physical venues (that choice limited to obvious constraints of proximity and capacity). But of course, fans could buy tickets through the promoters who knitted together the circuit through ticketing.

Artists desperately need this virtual circuit to develop both their craft and their audiences. As the wisdom goes “by rehearsing, you get better at rehearsing but by performing live, you get better at being a live performer”. And the latter is how artists build audiences. Despite the proliferation of distribution and streaming services and the low barriers to making music, artists cannot simply release recordings and grow a fanbase - that is myth. Back in 2004 when the Arctic Monkeys arrived ‘from nowhere’ on the music scene, they had in fact spent 12 months playing small venues, day-in-day-out, to grow their loyal fan base. Meanwhile, many artists who cancelled their tours when the pandemic hit have yet to find the right opportunity to re-purpose these productions for the live streaming space.

Innovation and funding will drive a new sector

The live streaming sector has no shortage of supply or demand, but it does lack a coherent infrastructure in between. Investment is flowing fast into the sector – mostly to fund players who will provide an ‘end-to-end’ experience. Moment House raised $1.5 million from seed investors, and the UK’s Driift has bet big on staging well-produced, high-end limited-ticket events. They join StageIt, Maestro, LiveXLive, Dreamstage, Nugs and quite a few others.

Ticketing and merch firms such as Dice and Bandzoogle have quickly and effectively pivoted towards digital tickets (with the former offering a full live stream service through DiceTV). Meanwhile other platforms are cropping up with different proposition angles. Diuo is offering to build equity for artists and live sector employees, and Oda is broadcasting live performances directly to its connected speakers, for a $79 quarterly subscription.

Meanwhile, Billie Eilish set a new standard for live stream shows with WHERE DO WE GO? THE LIVESTREAM, with the experience involving multiple digital rooms, merch shopping options and in a stroke of genius leveraging the live stream capabilities, with 500 fans pre-selected to interact with Eilish prior to and during the show. Artists with bigger budgets continue to demonstrate what’s possible, but it will be increasingly needed for smaller-scale operations to make impressive and engaging productions too.

The Oda proposition brings a curated element to the scene, and with so much choice emerging in live streaming, would it make more sense for consumers to become familiar with aggregator brands for live streams? Despite live promoters investing in CRM and D2C initiatives, an email from a promoter about up and coming shows was only ever partly useful for consumers. Songkick and Bandsintown do a more effective job of simply alerting you when those bands you actually like are due to play live within proximity to where you live. They still function perfectly well, though the proximity data becomes redundant for live streams. What they can improve is guiding fans to the multitude of current experiences and perhaps benchmarking the quality too.

With live stream productions varying widely in quality and format, perhaps digital-first live brands such as Colours would do well entering the live streaming space – delivering a consistent, high quality experience while playing the role of curator too, helping fans discover new artists through live performance. Colours launched a 24/7 livestream channel earlier in the pandemic, but the brand should look on the live streaming boom as an opportunity to develop bigger ambitions. Other live streamed shows of note such as NPR’s Tiny Desk and Vevo’s DSCVR could play a similar role. With heavy metal and rock suffering hard, perhaps a live streaming brand could step in that specialises in putting on rock acts.

The superbly intimate From The Basement has been quietly uploading its archive onto YouTube (the last live show filmed was back in 2010) but would be primed for a comeback into today’s blossoming live streaming space. Indeed, that brand was created by uber-producer Nigel Godrich. Like Moment House, Diuo and other new entrants, there is an opportunity for more ‘artist power’ in the resurgent sector too.

Live streaming is here to stay, will become centre-stage for live in 2021 and is all to play for.

by Alistair Taylor
16 Sep 2020
Verizon Media announced a series of new Media Platform improvements in a press release today (16th September), intended to ‘evolve the live streaming experience’. These features are all aimed at increasing…

by Hanna Kahlert
19 Oct 2020
As the coronavirus lockdowns have forced venues to close and people indoors, artists have been unevenly impacted across the music industry.  While many bigger studios were forced to cease operations,…

by Alistair Taylor
28 Oct 2020
Australian pay-TV organisation Foxtel is launching a free version of its sport-centric streaming service Kayo in 2021. This follows a difficult year for the streaming service that saw its subscriber numbers…