Is Virtual Reality A Partial Answer To Ad-Blocking? 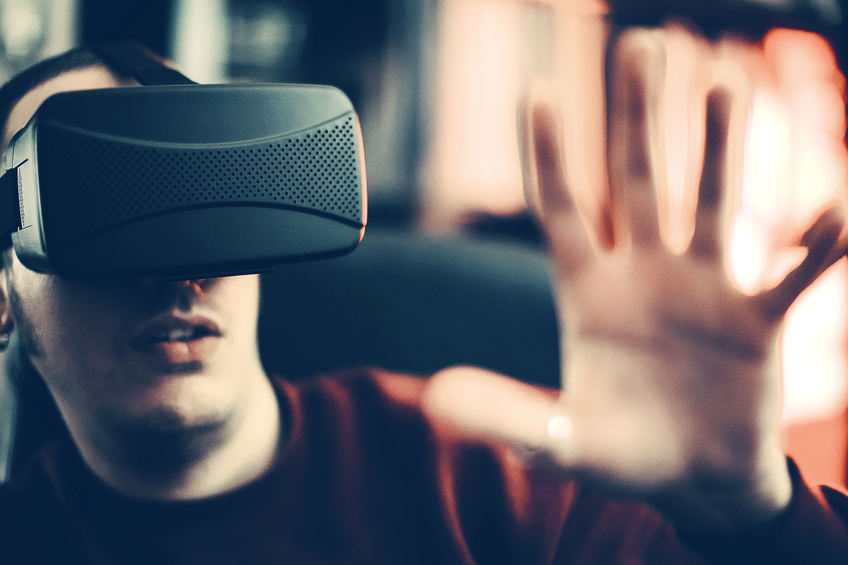 According to the Innovid 2016 Global Video Benchmarks report, VR based advertising is 30 times more effective than mobile and 60 times more effective than desktop when measured by engagement. VR ad click through-rates or “gaze-though rates” have been measured by VR mobile ad network Immersv’s tracking platform as having a 30% engagement rate compared to 1% for mobile ads and 0.4% for desktop.

Why VR Advertising Is Potentially So Lucrative

Currently VR ads are effectively replicating the ad-insertion strategies of mobile and desktop. Yet the real potential for advertising in the VR space is not in gimmicky click-bait advertising. Rather it lies in utilizing the first-person point of view of VR to optimise product placement. Currently product placement is mainly a lucrative sideline in the wider process of  monetising films. It works but mainly as an additional and non-discriminating visual add-on to story-telling in movies. Imagine how much more compelling a sponsored product will be when consumers can actually see themselves putting on the luxury time piece. Imagine then if the consumer has the choice of deciding which sports car to get into to transport them on the next stage of the immersive VR drama.

Every good car salesperson knows the importance of getting the prospective owner to open the driver’s seat and sink into the plush upholstery and look out at the view of the open road ahead of them. VR allows brands to replicate this in product immersion in the comfort of the consumer's own home. Advertising therefore becomes both an integral part of the story-telling experience in VR and also hugely lucrative for brands savvy enough to understand the empathetic power of the VR experience. Ads are no longer layered on top of the content consumption experience, they become an embedded part of how the story arc develops.

VR Advertising Should Be Immune To Ad-Blocking

As MIDiA Research has highlighted in a recent report on ad-blocking, ad-based business models are under serious threat of disruption from the emerging ad-blockers being deployed by companies keen to disrupt traditional ad-serving business models. Whether trying to discipline content consumers to remove ad-blockers, paying the ad-blockers to whitelist their ads or engaging in a technology arms race to block the ad-blockers, content owners and ad networks face increasing disruption from ad-blocking. With 21% of consumers in MIDiA Research’s latest international consumer survey now stating that they will always block ads as long as they have the opportunity to do so, the problem will only increase as the technology becomes more widely known.

Product-placement ads in VR content are immune to ad-blocking as they are part of the content and if placed wisely can become integral drivers of the narrative. VR content analytics can be used to track how closely the viewer interacts with the sponsored product allowing transparency for advertisers. This creates a win-win situation for both marketers and consumers- premium and engaged advertising inventory, and a new monetization option for pressured content owners. It is important to note though that this option only applies to content owners and not indirect ad beneficiaries such as Facebook, and that it will be less time sensitive because of production time lines involved.