Independent Artists: The Age of Empowerment 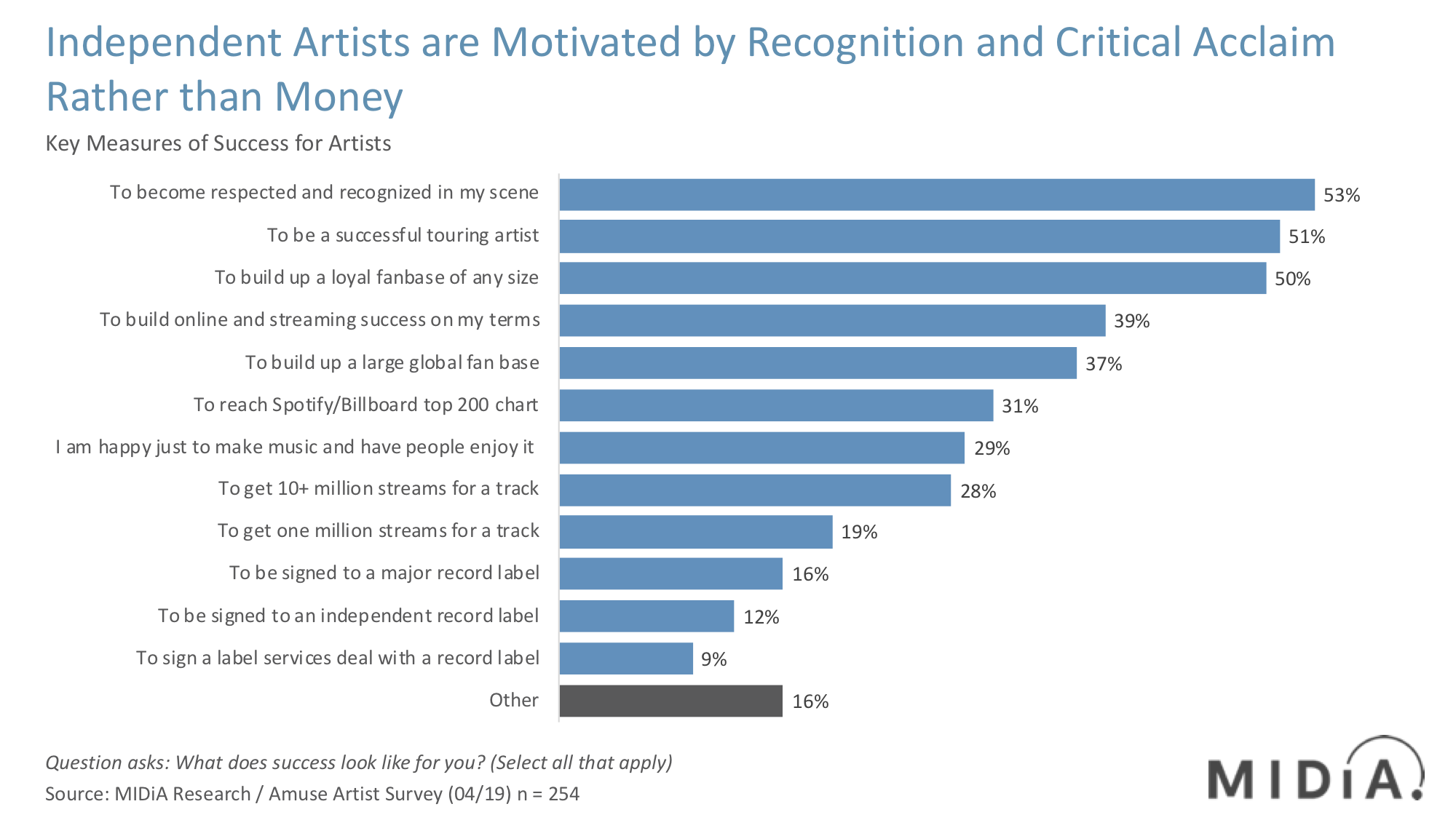 MIDiA is proud to announce an exclusive new report in conjunction with Amuse – Independent Artists: The Age of Empowerment. The report is based on a global survey of independent artists that we conducted earlier this year, with respondents from all of the world’s continents. The full report is immediately available for free download here. Here are some of the key themes and findings of the report:

The science fiction author William Gibson once said, “The future is already here, it just isn’t evenly distributed.” He wasn’t writing about the rise of independent artists, but he could have been. We are seeing the beginning of what may be the biggest paradigm shift in the music business in decades, but as with all big changes, we won’t appreciate the true magnitude of it until further down the road when more of the pieces have fallen into place.

In the old music business, artists had a limited number of choices when planning their careers. They could sign with a record label and hope they were the one in ten that made it, or they could treat music as a hobby, contenting themselves with playing the local bars and clubs. Then a UK rock band did something in 2001 that little known to them would act as the genesis for an entire new way of being a recording artist. After having split with record label EMI, Marillion decided to ask their fans to pre-order an album they hadn’t made yet. More than twelve and half thousand fans did so and with the resulting hundreds of thousands of dollars they recorded Anoraknophobia. Music crowdfunding was born. Marillion had just shown the artist community that there was a new way to be a successful recording artist.

Fast forward 18 years and artists now have more tools, services and choices than at any previous time in the history of recorded music. An entire industry has evolved to enable artists to plot their own unique paths through the fast-changing music industry. From finding a vocalist, through remote mastering, to funding, marketing and distribution, artists now have the tools at their disposal to create their own virtual record labels.

Record labels often worry about streaming services disintermediating them, but they should

be more concerned about artists disintermediating them themselves. With all of the tools and services at their disposal, artists have the ability to create their own bespoke labels. In this ‘label as a service’ world, record labels have to define a new role for themselves, one in which artists will place ever greater focus on retaining creative and commercial independence. Signing a traditional record label deal is now just one option among many for artists.