How the D2C Revolution Might Accelerate an Impending Recession 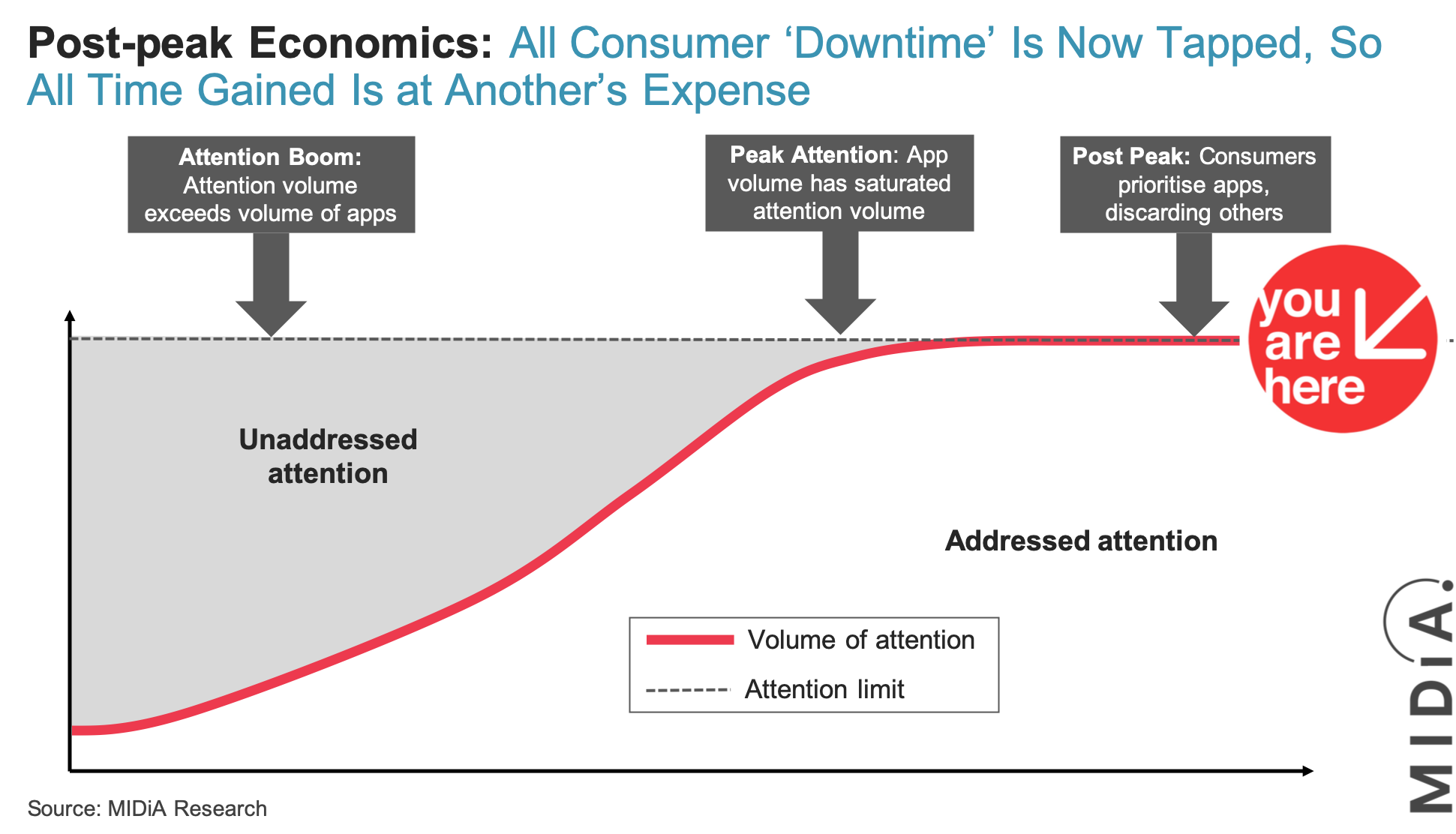 Recessions are notoriously difficult to accurately predict, and the next global recession is still hovering on the edge of reality. The macro-economic view is increasingly gloomy, with the ongoing Brexit process in Europe being exacerbated by increasingly fraught trade disputes between the US and China – the world’s largest and second-largest consumer economies. As with the run up to the great recession in 2008/2009, the “real economy” is initially sheltered from the impending storm, which was described as a “credit crunch”. However, when the financial sector starts to contract, the wider economy will inevitably feel the delayed recessionary impact.

For the digital economy, a looming recession will be doubly impactful because of the current peak attention economy. The absence of any untapped digital space now means that the rest of the digital media landscape is set to follow the games sector into a post-peak attention environment where everyone’s engagement is now rationed according to the competing demands upon consumer attention.

The real danger for the digital media landscape is if and when post-peak attention behaviour starts to correlate with the increasing expenditure constraints of a consumer recession. In this scenario, direct-to-consumer (D2C) services need to find ways to future-proof their engagement propositions so that they do not find themselves on the cost-cutting list for consumers.

MIDiA Research’s latest report –Recession Impact | How an Economic Downturn Could Reshape Digital Media– looks at how these impacts might manifest themselves. Alongside the need to become more efficient with content libraries, the weaponization of TV content becomes a key retention strategy in building D2C reliance. Weaponization of content involves using the levers of show fandom to decouple the utility perception of streaming services from the value-add of premium fandom-based content. Being able to gauge fandom and existing demand engagement is a key aspect of this – with the awareness, viewing recency and show fandom (tracked for this exact purpose by MIDiA Index) becoming key to optimising show fandom.

Fandom is key to offsetting the underlying demographics of TV viewing

As the recession report stresses, streaming services are doubly at risk from disproportionately younger and contract-free subscriber bases. Digital natives already have lower discretionary spend than digital migrants and have greater job insecurity, making their subscriptions more prone to being cut in times of reduced discretionary spending. Add to this the fact that subscription video on demand is still predominately an additive service rather than a substitutive service, and the 12-24 month contracts of pay-TV could initially prove to be more recession-proof than the monthly subscriptions of SVOD.

Weaponizing content helps to redress this imbalance as fandom-led streaming distributors establish sustainable behavioural engagement patterns for consumers beyond the narrow confines of the binary choices currently available between SVOD and traditional pay-TV.

An impending recession therefore underlines the need for D2C to move into the next stage along the adoption curve in order to transition into becoming become a meaningful alternative to the current dominant video subscription options available to consumers.