From Adblocker To Ad Exchange: Eyeo Embeds Itself Into The Digital Advertising Value Chain 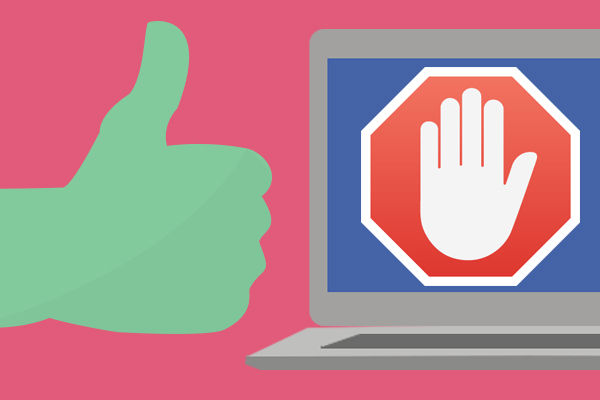 Last week a major strategic puzzle piece fell into place on an adblocker’s journey to become a commercial part of the digital advertising industry’s value chain. Eyeo, the company behind Adblock Plus announced that it is launching an ad exchange.

As we have kept stating in our adblocking reports for best part of the year, commercial adblockers are not here to eradicate ads, but rather to capture a piece of the pie. There would be no demand for adblockers in an ad free world.

Eyeo amassed a large user base thanks to issuing consumers a free mandate of choice to block a few or all ads. That freedom of choice remains today. It is what Eyeo’s model depends on – as long as Eyeo allows consumers to block all ads – no matter who’s paying what or how many ad exchanges it opens – it can always argue that it is only doing what users are allowing them to do.

How much money Eyeo makes is directly dependent on the number of people that decide to allow at least some ads (or not tamper with their adblocker settings). If most consumers decided to opt out of Eyeos Acceptable Ads exception list, Eyeo’s future commercial plans could find itself in trouble. The good news for Eyeo is that this is very unlikely to happen – unless they overstep their boundaries (i.e. getting greedy by serving too many or low quality ads). Since the power is officially fully in consumers’ hands it doesn’t really matter what Eyeo does with its business. If the Vox Populi is behind Eyeo, that is all that matters.

From A Free Adblocker To An Important Digital Ad Industry Player

Remaining transparent about its activities is key for Eyeo, if it does not want to come under the scrutiny of consumers (the only thing that could really endanger its position). Part of this was establishing an independent committee for the Acceptable Ads programme. This move in particular is very important in the evolution of Eyeo: Besides serving as a PR tool about transparency, it positions Eyeo into a much higher role in the industry. It sets it up to become a host to a group of collaborative partners – a trade body. Another bitter pill that publishers will have to swallow is the fact that Eyeo has a very good chance of becoming a digital ad standard-setter of some shape or form. Eyeo probably has some of the best information about when ads really start annoying consumers (i.e. at which point do they get annoyed enough to click settings and block ads on a site) – it essentially has an ‘adblocking people meter’. Now it has an independent committee to define and identify Acceptable Ads. Both of these factors position Eyeo well to establish itself as a digital ad watchdog.

With this in mind and already handsome fees from large companies to be a part of the Acceptable Ads, Eyeo will now further extend its revenue portfolio via the ad exchange. Eyeo has managed to evolve from a free spirited adblocker, through an adblocking audience gatekeeper, and right into becoming a full-fledged ad-network.

As a side note, it is interesting to watch the contrasting tactics that Facebook and Google have adopted towards Eyeo’s Adblock Plus. Google is a ‘friend’ – it has been paying Eyeo to serve adblocker users. WSJ reported Google would take a cut along with AppNexus, ComboTag and Eyeo from ads they help to sell, with the rest going to the publishers. However, both Google and App Nexus have distanced themselves from the ad exchange initiative, despite remaining demand–side partners for Eyeo. On the other hand, Facebook is fighting to beat Adblock Plus in technology, developing methods to surpass the adblockers. This is resulting in a cat and mouse game. Of course Facebook is a massive cat and can afford to fund a tech war against a company like Eyeo. If Facebook stands its ground and will not agree to share its revenue with the Eyeo, it could gain a competitive advantage against other large ad players who have caved in – unless one of them ends up acquiring Eyeo.

All in all Eyeo is strongly established in the digital ad business today and there is no sign of that weakening. Instead of aggressive defense tactics, stakeholders should look for ways to co-exist with this new member of the value chain in the most effective way possible. Eyeo isn’t going anywhere and fighting it (unless you are Facebook) may result in a painful loss of resources, time and opportunities – however bitter that may sound to the traditional digital ad players.

MIDiA has been researching adblocking extensively and offers multiple reports about the adblocking threat, adblocking user demographics, their media habits attitudes and behaviors. If you are looking to target adblocking users, get to know them, or simply get up to speed with the adblocking debate, please drop us a line at info@midiaresearch.com