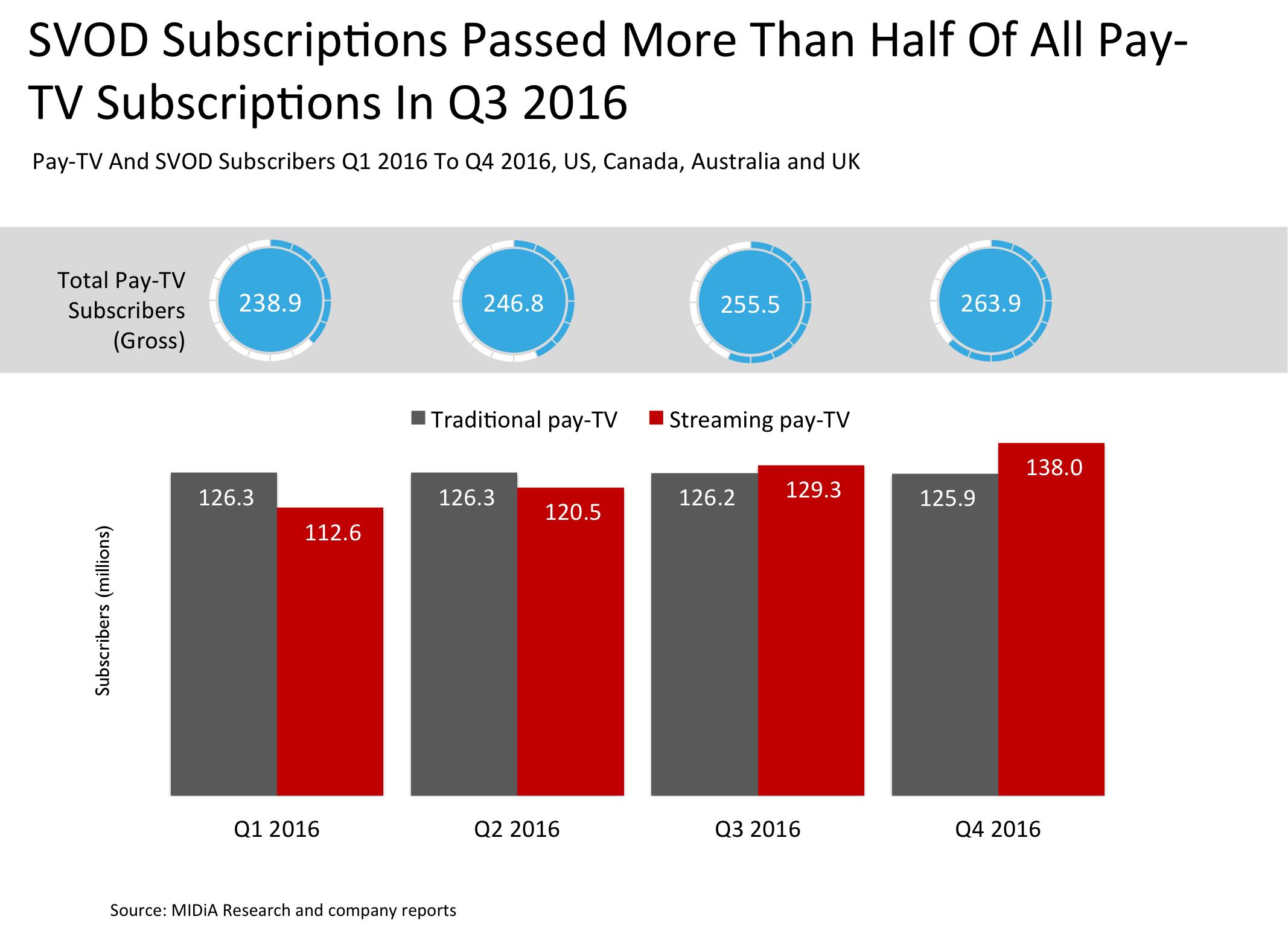 Amid all the noise and angst surrounding cord-cutting among the TV industry over the last two years, it is easy to fall into the trap of thinking that pay-TV is facing an irreversible decline. The reality, however, is that traditional pay-TV operators are facing irreversible decline (albeit a relatively slow and steady one), whereas streaming pay-TV is experiencing significant growth (and it really is time to stop thinking of streaming as anything other than another form of pay-TV). Streaming pay-TV refers to Subscription Video On Demand (SVOD) services such as Netflix, where consumers pay for monthly access to streaming video content.

In the third quarter of 2016, something remarkable happened. For the first time streaming video subscribers eclipsed traditional pay-TV (satellite, cable and fibre) subscribers across the US, UK, Canada and Australia with 129.3 million subscribers compared to 126.2 million for traditional pay-TV. By the end of 2016 the combined pay-TV subscriber base was 263.9 million. The sky is rising not falling for pay-TV. 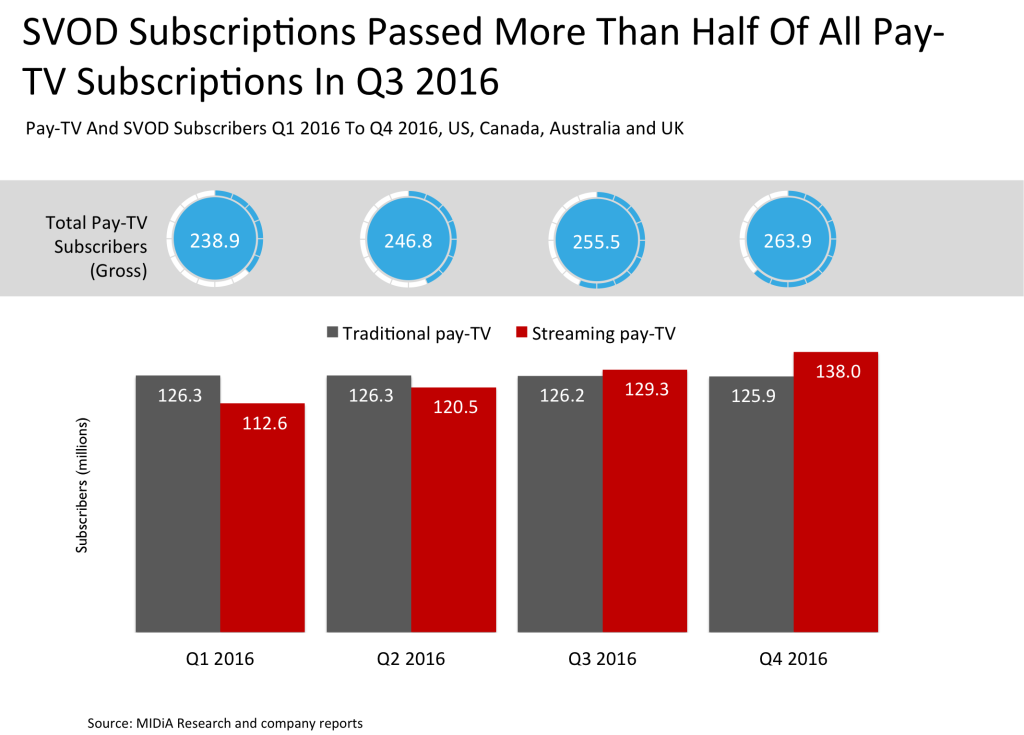 At first glance this could appear as the writing is on the wall for traditional pay-TV -and to some degree it is. However, this seismic moment calls for a revaluation of how to define pay-TV. At its core, pay-TV is about getting the end consumer to pay to view premium video. The kind of technology employed to achieve this outcome is of secondary importance. Not so long ago, IPTV was considered as something entirely distinct from pay-TV but now represents 12% of all traditional pay-TV subscribers across the 4 main English speaking markets. Subscription Video On Demand (SVOD) is merely the latest iteration of pay-TV. This leads to several key takeways:

This golden age of content commissioning is enabling savvy TV networks to reposition themselves as networks capable of thriving in the post-traditional pay-TV landscape. MIDiA Research’s latest video report on Next Generation TV Networks takes a deep dive into the assets and strategic thinking needed to successfully achieve this optimal outcome. To be clear this does not mean the end of traditional pay-TV but instead a much more competitive, segmented and indeed, fragmented market.