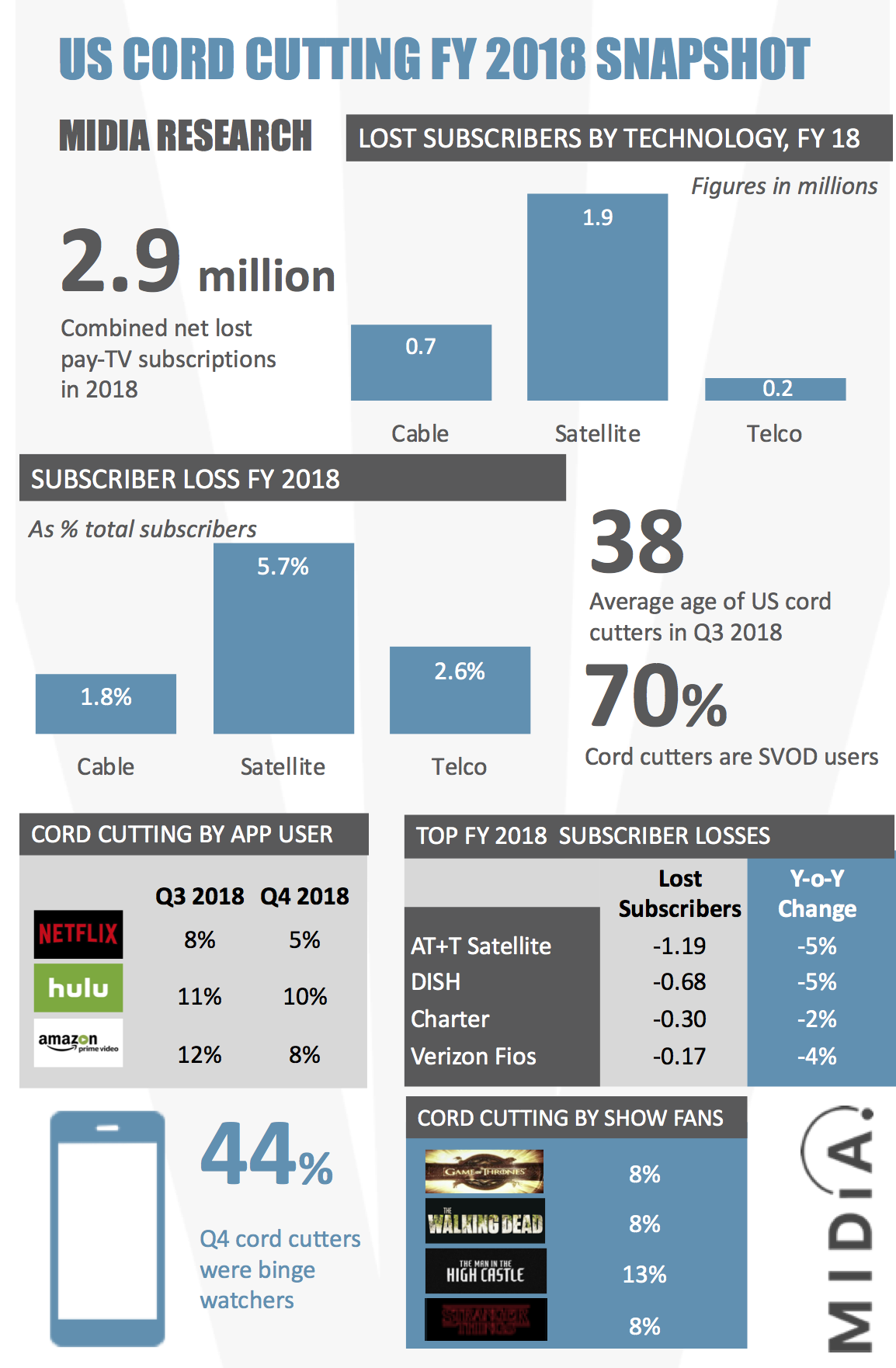 Cord cutting is now an established component of the US pay-TV landscape, reinforcing the role of the US as the canary in the mine for the global pay-TV business. Cord cutting accelerated in 2018, highlighting the secular nature of the phenomenon. But this is not simply a story of decline but instead one of transition, with streaming growing, in a wider sense, the total base of pay-TV subscribers.  With ever more overlaps in consumer behaviour and segments across traditional pay-TV and streaming, all signs point to more of the same in 2019.

2018 was a big year for cord cutting in the US, with 2.9 million net subscribers cutting the cord, up from 1.8 million in 2017, representing a 3.4% decline. In 2017 it had briefly looked like the cord cutting phenomenon was slowing, having peaked at 3.2 million in 2016. However, the long term picture is clear, namely that the fall in traditional pay-TV subscribers is a secular trend that is not only not going away, but that is picking up pace once again: