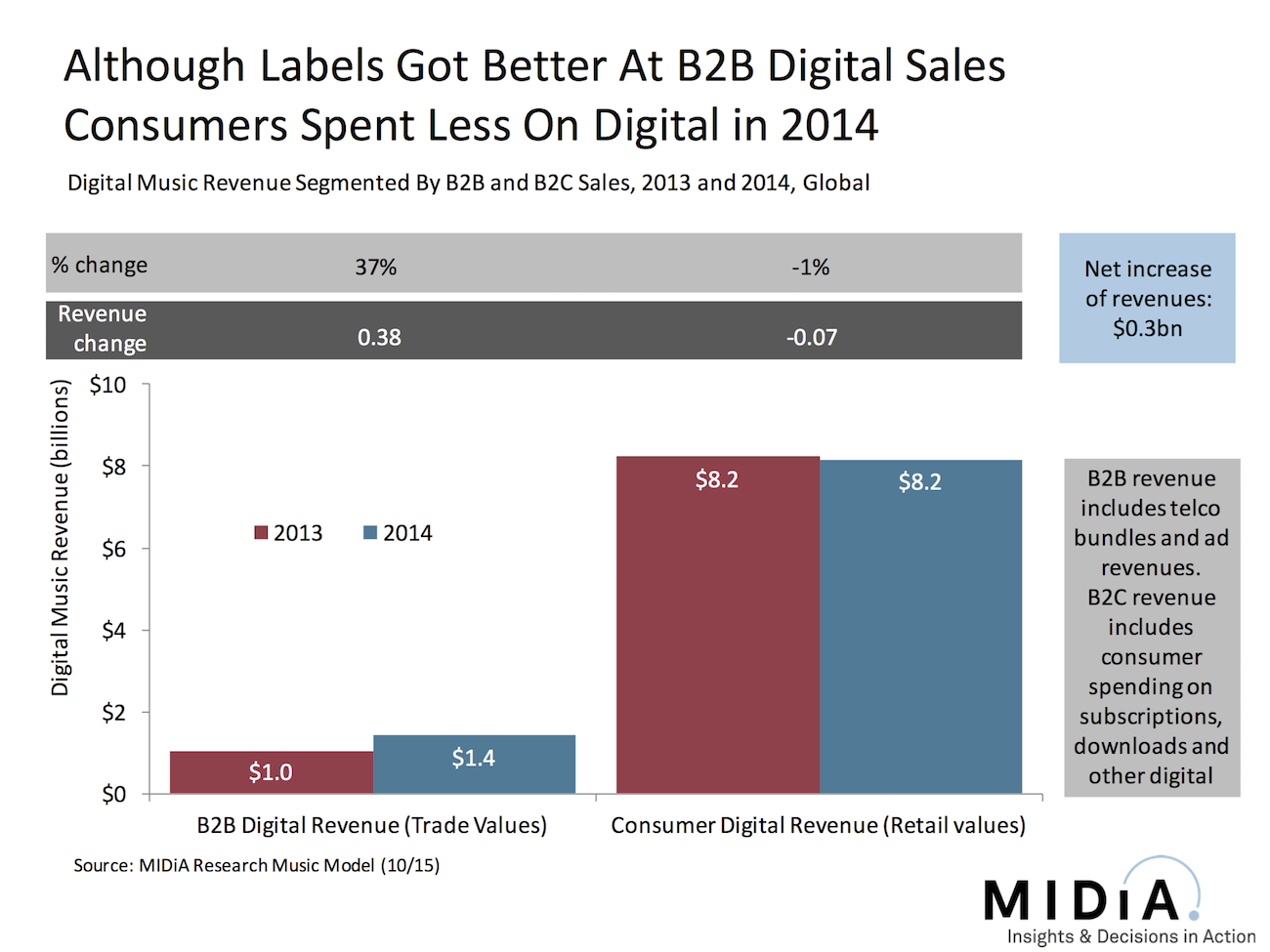 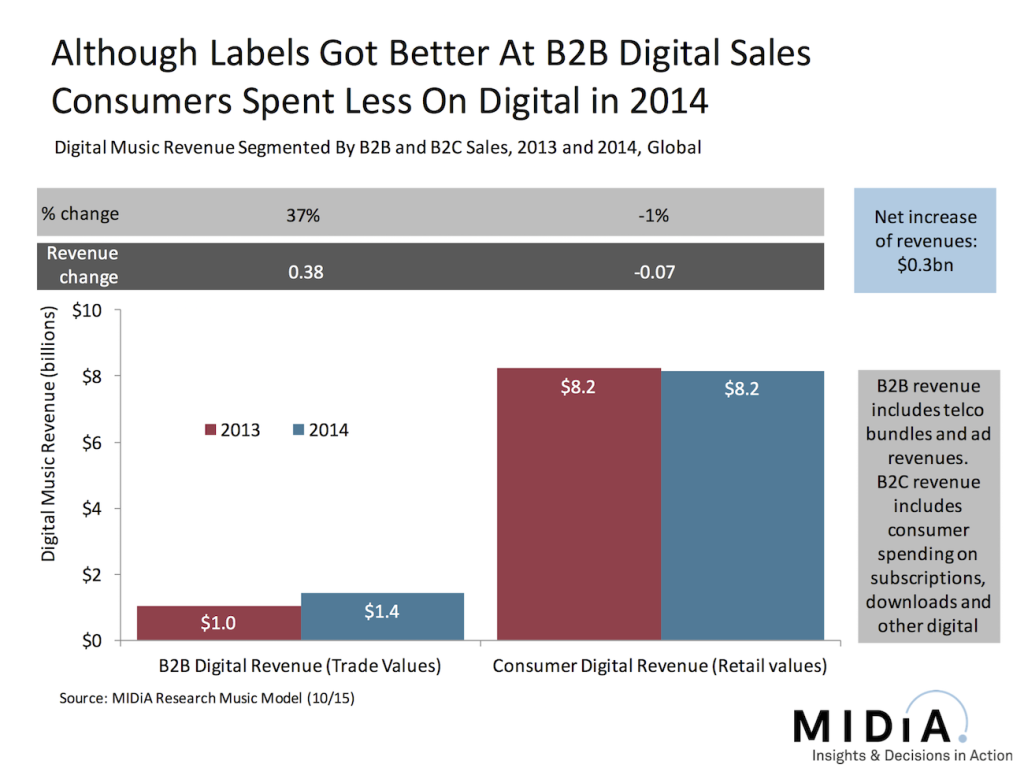 Spending money on recorded music has become a lifestyle choice, an honesty box for the conscientious consumer.  No one really needs to pay for music anymore.  That much is familiar to most, but what is new is that it is now manifesting itself in a new worrying way.  In 2014 consumers actually spent less on digital music than they did in 2013. Though the drop was small – 1% - it was still nonetheless a drop at a period when digital spending should be booming.  In some key markets the consumer spending decline was significantly larger, such as a 3% fall in the UK.  Of course, overall digital music revenue grew globally in 2014 but all of that growth came from the 37% increase in digital music B2B revenues, such as advertising income and telco bundles.  In short, the music industry is getting better at selling to businesses and worse at selling to consumers in the digital arena.

With B2B digital revenues 6 times smaller than consumer digital revenues the music industry is not about to suddenly become a B2B2C business.  But the direction of travel indicates that there is a problem.  Making music free (ad supported) or feel-like-free (telco bundles) might be the most viable means of monetizing the mainstream but it clearly comes at a cost.  In some respects this a consequence of the licensing divisions of labels and publishers having a degree of disconnect from the consumer market place.  Because digital licenses typically involve significant up front payments and / or revenue guarantees, rights owners see a revenue picture that is different from the actual marketplace.  If a music service fares poorly or even fails to launch, the rights owners still see a certain amount of revenue flow into their coffers regardless.  Thus the amount of digital revenue that rights owners see is as much a reflection of the health of capital investment into the market as it is consumer spending.  And even though one should be an artifact of the other, at the very best there is a lag, at worst they are not intrinsically linked.  For example, if Spotify’s and Deezer’s respective IPOs are deemed to be successful by the investment community then expect an influx of new investment into digital music, regardless of whether there is an uptick in consumer spending.

Rights owners can rightly argue that if this ensures increased revenue and thus increased payments to artists and songwriters then what is the problem? The risk is what does a business that becomes increasingly dependent on the commercial whims of a few big tech firms and investors look like compared to one which revolves around monetizing fandom?

The Attention Recession: How inflation and the pandemic are reshaping entertainment

Gistyinka Blog
17 Nov 2015
The piracy if free downloading music online is still greatest obstacle that industry expert need to solve....
No thanks